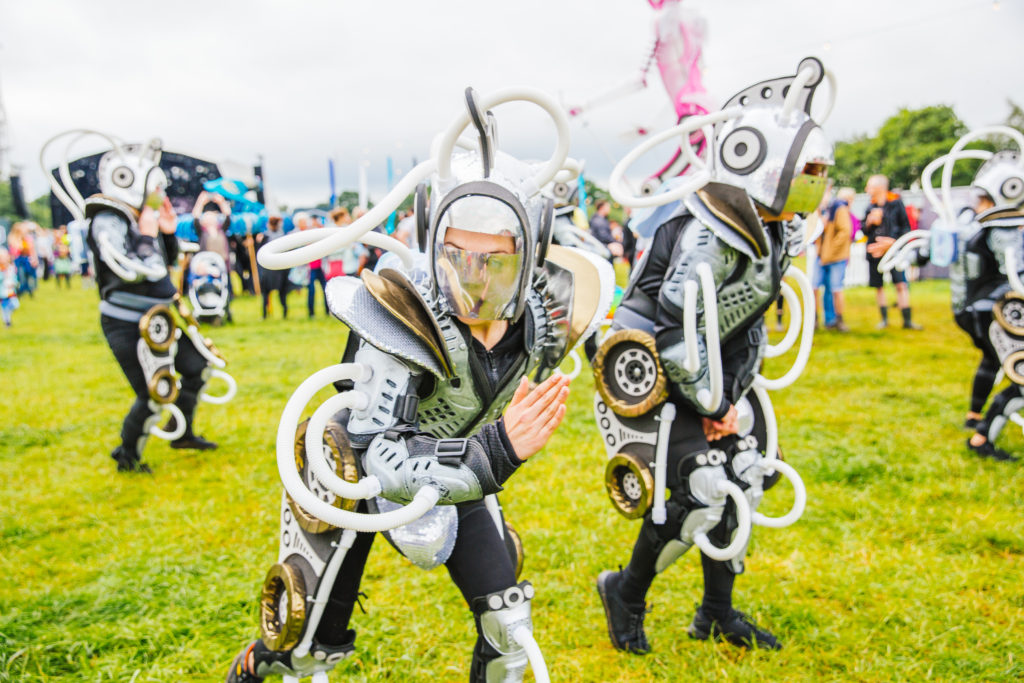 You’ve got your boots on as it’s a bit muddy from the now past rain. You’ve a warm can of beer in hand, a questionably strong bottle of rum and coke in the bag, and you’re on your way to see some good music with some good people. Good vibes all round, as they say.

What more could you ask for from a music festival? All of the above, plus a massive telescope. That’s what.

Friday night was headlined by Hot Chip, who sounded excellent on the Lovell Stage beneath the Lovell Telescope. It’s quite a sight when you’re dancing and as you bob you head to the left slightly you are met by this scientific megastructure and its historical significance.

Before that, we kicked off our weekend with some of Ibibio Sound Machine, who’s explosive live show of African party music was enough to make anyone forget about the heavy rain that had just passed over and get into the festival vibe.

Also on the Lovell Stage between these two acts was Kate Tempest, who’s part poetry/rap/seminar echoed this generations disenfranchisement. Activists from Extinction Rebellion joined her on stage – the environmentalist group had a heavy presence throughout the weekend.

We moved on to the smaller stages for some late night fun with TOKiMONSTA’s AV set, Jon Hopkins on the Orbit Stage and Fleetmac Wood at the Deep Space Disco. TOKiMONSTA fed us with a feast for the eyes as well as the ears, but we felt that these two stages were a little quiet at times (perhaps because they’re quite close together), so we made sure to be right near the front. But other than that, who doesn’t enjoy belting your heart out to Go Your Own Way?

Jon Hopkins closed things off with his truly hypnotic and transcendental sound, bringing the first night of Blue Dot to an end with a trance-like boogie.

As the night drew to its natural close (with a massive portion of cheesy chips, of course) we walked back to our tent in awe of the Lovell Telescope which, as you walked by, was full of lovely looking projections accompanied by real life radio recordings from that fateful night 50 years ago when Apollo 11 put a man on the moon.