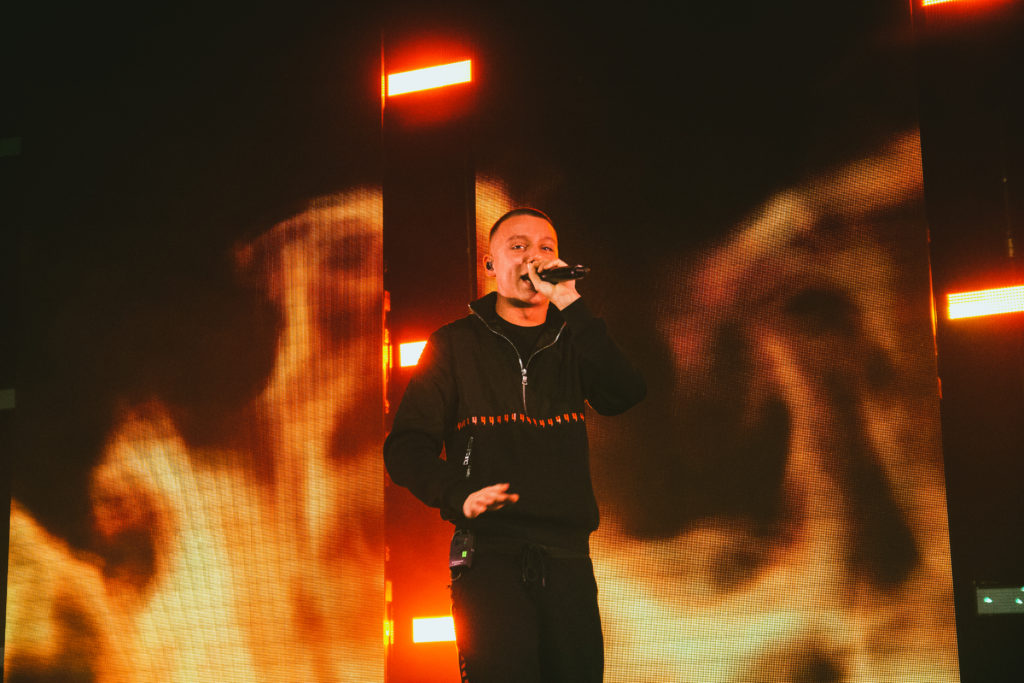 Manchester was characteristically rainy and windy on Thursday night, but that didn’t deter the masses from descending upon the completely sold out Academy 1 (no small feat) to catch the city’s own rising star Aitch on the final night of the UK leg of his ‘Aitch20’ tour.

Luckily for those who were unable to attend his heavily anticipated homecoming performance, they were able to watch it from the comfort of their own home, as YouTube Music were recording and live streaming the show. This left no room for mistakes for the young rapper.

There’s an unmistakable and special kind of love held between Aitch and the evening’s show-goers, presumably accredited to a commonality in area code. Seeing an artist like Aitch, that’s been on the scene for such a short time, be met with such a raucous reception by so many, was truly commendable.

Noting his very sudden notoriety in the grime scene and the swathes of attention he’s received as a result, Aitch prowled the stage and reeled off his verses in a remarkably laid-back manner, opening with ‘What’s Next’ from his most recent album. Leaving very little to the backing track, he delivered every line with precision and style.

Connecting with the crowd in the packed out Academy, Aitch put a call out to see if it was anybody’s birthday in the building, to which a handful of people screamed. However, one lucky fan named Lacey had Aitch and the sold-out crowd sing her a very special happy birthday. Fans gave a little scream when Aitch began to tease the next track, ‘Kenny Allstar Freestyle’, which saw them dance along to the RnB beat and saw a throng of phones go up in the air to catch a video of the fan favourite.

Joining Aitch somewhere around the halfway mark was slightly more seasoned Manchester hometown hero Bugzy Malone for a quick run-through of Bugzy’s own ‘Kilos’ (feat. Aitch), as well as his breakout track, ‘M.E.N’. Show attendees were thrilled by this development, though I suspect not surprised considering both artists’ prominence within the Manchester grime scene. Despite some poor organisation on the part of security in dealing with what was always going to be a particularly excitable crowd (aptly referred to by performers as ‘energy crew’ and ‘mosh pit crew’). Aitch and co. delivered everything one could expect from such a special night for Manchester.

As the end of the night quickly approached, Aitch brought out special guest Jaykae, for ‘Take Me Back To London’, a hit track featuring Ed Sheeran, Stormzy, Jaykae and Aitch himself. The pair rapped along fiercely in time together and swapped out the lyric ‘London’ for ‘Manchester’, in which the crowd screamed giving their excitable approval.

Before the last track of the night, Aitch’s crew came out on stage to join in the fun. With his mates in the back, iPhone torches shining, Aitch looked like a true rap star with his crew as he performed the popular track ‘Wait‘ from his latest album. This went down as a night to remember for the young rap artist and his fans.