You are here: Home / Interview / Manchester / News / Opinion / Politics / Interview: How are Manchester Met students voting in the General Election? 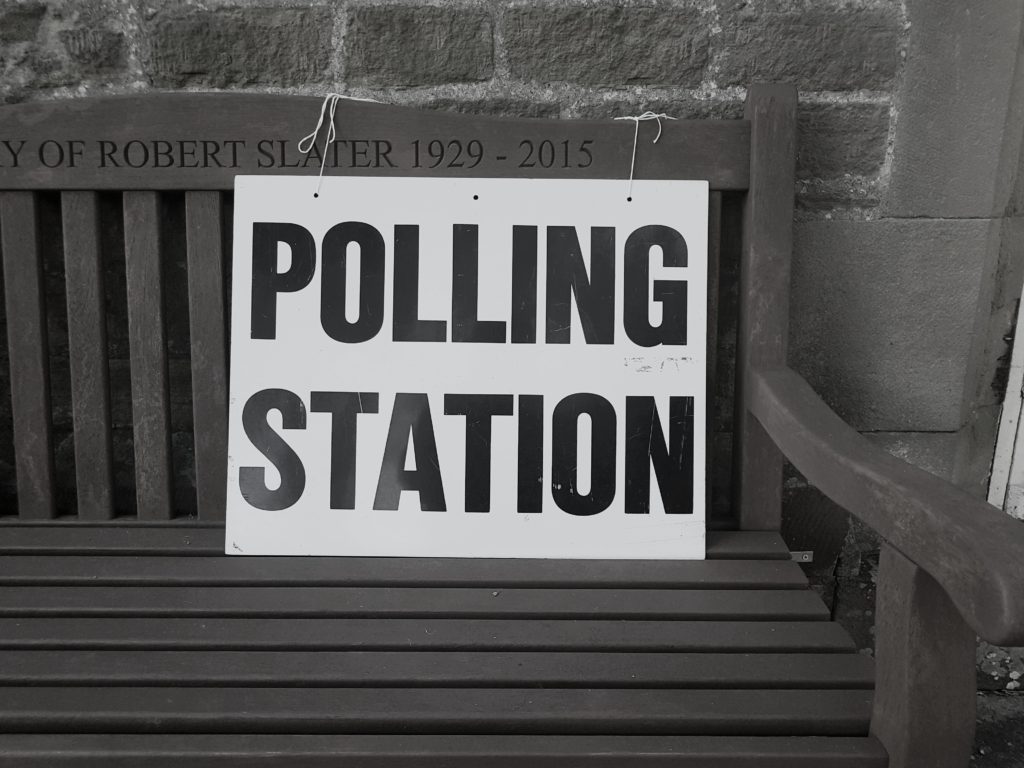 The General Election taking place on December 12th is said to be the most important in our lifetime (though, to be fair, that’s said about almost every election). People are using social media to urge others to vote for their preferred parties.

The youth vote, generally defined as the 18 to 24-year-old demographic, is looking to be significant. 60% of this group are expected to turn out to vote – a substantial amount, but still the lowest among all age groups.

Students make a substantial proportion of the 18 to 24 demographic, and parties often direct policies towards them, particularly with regards to tuition fees.

So, how do students from Manchester Metropolitan University feel about this upcoming election? Who are they voting for and why?

We asked 13 students about how they were casting their ballot on 12th December. In the interests of honesty, we’ve kept their identities anonymous. We found that the majority of Manchester Met students interviewed were rooting for Labour, which isn’t particularly surprising and follows the patterns of most UK general elections in recent decades.

Student 1: “I’m voting for Labour because I feel like they align with my views in a way the Conservatives can’t. I think I struggle to understand why somebody my age and from my class would find themselves Conservative without doing research into the parties.”

Student 2: “I will be voting Labour, just because the party represents my views most. Also, the Labour MP for Bolton seems like a really nice guy.”

Student 3: “I’ll be voting for Labour, my main reason is honestly to try and get the Conservatives out. I do think some of Labour’s policies and promises are a little unrealistic and hard to reach, but I’ll take them over the Conservatives any day.”

Student 4: “I’m voting Labour – that’s just because I want the Tories out, and Labour are the only party who stand a chance.”

Student 5: “I’m voting Labour to end Tory austerity and cuts and to save the NHS.”

Student 6: “My ideal choice would be the Green Party but they hardly get any votes, so I’m voting for Labour.”

Student 7: “I’m voting Labour because I fundamentally agree with ‘for the many, not the few’ and with their socialist policies of a strong NHS, free education, more affordable housing and a proper living wage.”

Student 8: “I want decent healthcare available for everyone because it has served me well as a kid. I want to be able to able to buy a house before 30 and I want my kids to be able to grow up in an economically developed country. Labour has promised that. So I guess I’ll vote for them. But then again, if the Conservatives had promised that, I would vote for them.”

Student 9: “I’m probably going to vote for Labour, which is rather unusual for me as I have usually been a Green Party supporter. I have lost trust in the Conservative government in terms of the housing issue, homelessness, as well as the NHS. Regardless of whether the NHS is going to be sold off or not, I am still rather worried about the state of it. I rely on the NHS a lot, but because of the waiting times and the reduction of services, I am starting to worry that it will go further downhill.”

Student 10: “I’m voting for Labour in the election as I believe they have the best interests of the British people at heart, their manifesto aims/policies help myself and my family. To be honest, the prospect of five more years of Tory rule genuinely depresses me.”

Student 11: “While Corbyn isn’t perhaps the strongest leader for Labour, a party still marred by Brexit, I have zero per cent trust in Johnson, his cabinet or the Conservatives to do anything positive for the country. Their election campaign has already exposed this – with rampant lies, fake news and the shameful extortion of a terrorist attack in London.”

However, there were a few outliers…

Student 12: “I would vote for the Conservative party this election. Two reasons – I don’t want there to be another referendum and if I make good money in my later years, I don’t want to be at risk being taxed at a higher per cent.”

Student 13: “I would say I’m a Tory, but just from voting purely on Brexit, so I voted Lib Dem.”

On the whole, students are leaning towards Labour. It’s interesting, however, that nobody we spoke to mentioned any issues that are traditionally linked to student voters – namely tuition fees. Instead, there was a lot of talk about public services like the NHS.

The respondents were varying in the degrees of enthusiasm they had for Jeremy Corbyn or the Labour Party, but all of those who threw their weight behind them had one clear goal in mind – getting the Conservatives out of office.