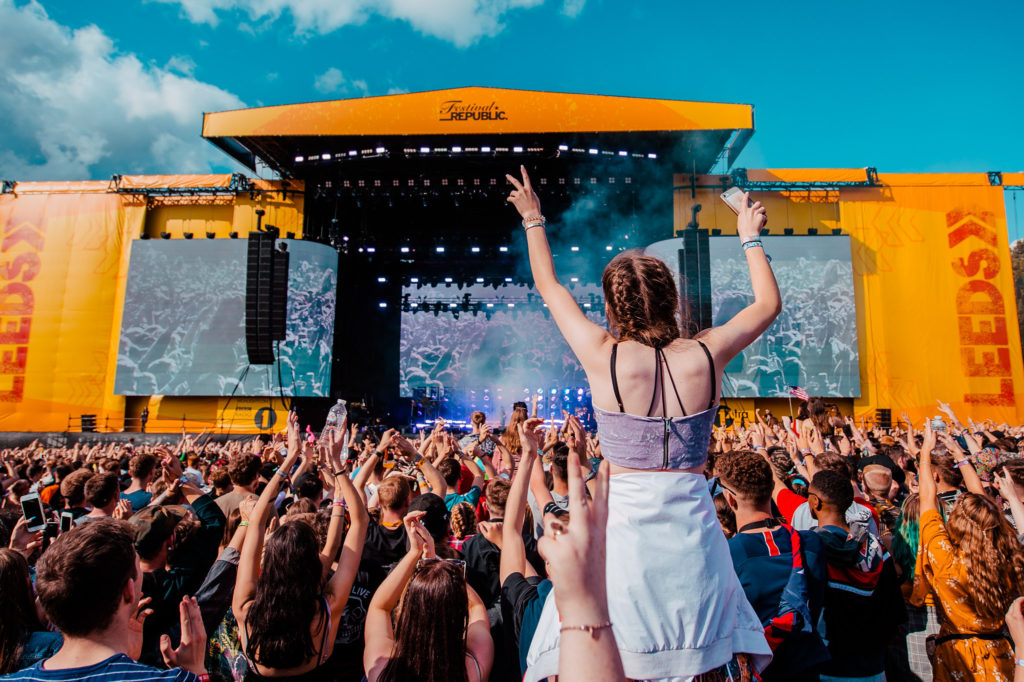 It’s that time of year again when fans of all things pop, indie and rock begin to plan their yearly pilgrimage to spend their August bank holiday weekend at the one and only Leeds Festival!

Leeds Festival’s return promises to reward fans with a range of the most high profile acts music has to offer, including headliners Foo Fighters, The 1975, Post Malone and Twenty One Pilots.

With over 70 acts recently added, the line-up boasts an extensive range of talent, including Dave, a major talking point for fans of rap after his single ‘Funky Friday’ climbed to number one in the charts in 2018. With the release of his debut album, Psychodrama, his popularity has soared. Dave has rightly so claimed his spot in the limelight, headlining the BBC Radio One stage on the Saturday night of the festival, which will be a highlight for many.

We’re also super excited to see that rapper, Machine Gun Kelly, who also starred in the Netflix original The Dirt, based on heavy metal legends Mötley Crüe, will also be making an appearance. Also joining the line-up is emo Soundcloud sensation Smokeasac, who is known for his collaborations with Lil Peep and Lil Tracy, as well as Leeds’ very own favourite hardcore band, Higher Power.

The diversity of music at Leeds Festival is what we adore most, as there is something for everyone in the your friendship group. It’s not just a music festival though – there are also many opportunities to see live comedy and partake in some late night partying! The Alternative stage features the very best in stand-up comedy, such as Russell Kane, Carl Donnelly and Ed Gamble, while the famous Leeds Relentless stage offers DJ sets from Hannah Wants, Charlie Sloth and Jess Bays to keep festival-goers entertained after dark.

Leeds Festival provides an all-round festival experience which can only be expected from Festival Republic, notorious for the consistently impressive line-ups they’ve compiled over the years.

When is Leeds Festival?

Where can tickets be purchased?

Weekend and day tickets can be bought here.

More information can be viewed here and it is also worth checking out their ultimate festival checklist.