You are here: Home / Opinion / “I’m not embarrassed, I’m traumatised”: the truth behind smear test figures 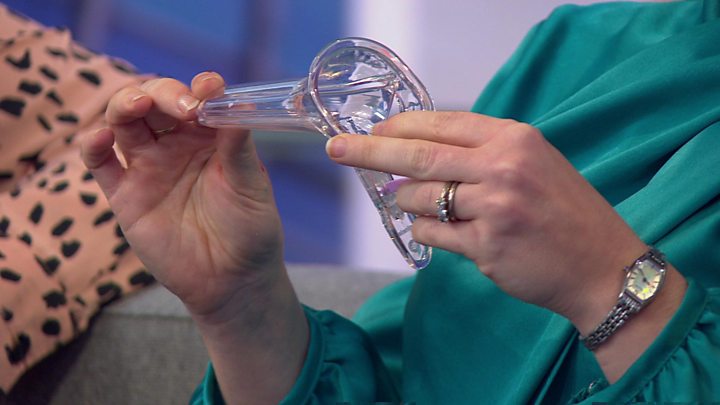 Just over a month ago, we passed the ten year anniversary of Jade Goody’s death. On March 22nd 2009, at the age of 27-years-old, the television personality and mother of two young children succumbed to cervical cancer.

In the months following Goody’s death, gynaecologists in Britain carried out over half a million more smear tests than the previous average – an impact which was subsequently termed the ‘Jade Goody effect’. Recently, however, figures have dwindled significantly, now at their lowest in two decades, with only 65% of under-35s having attended a screening in the past 12 months.

Over the past few months, in the approach to the decennial anniversary of Goody’s passing, this troubling statistic prompted an influx of articles with the shared mission of encouraging those eligible to take up their invitations.

In various articles, journalists from The Guardian, a forerunner in the campaign to improve smear test attendance, write that ‘fear of what we look like “down there” means cancer rates are rising‘, and that ‘women could actually die of embarrassment.’

In a similar, albeit somewhat less apocalyptic, vein, numerous campaigns circulated around social media focus in on embarrassment as the primary – if not only – cause of avoidance.

Emerging accounts suggest, however, that this is far from the case. In March, The Independent published an article entitled ‘Cervical screening: How enduring use of 150-year-old speculum puts women off smear tests‘, in which journalist Sirena Bergmen thoroughly debunks the myth (perpetuated by the likes of The Guardian‘s Chitra Ramaswamy, who dismisses aversion to the test as the product of internalised misogyny) that the procedure is always painless, revealing that, in actuality, up to a third of those eligible for the test may have a retroverted uterus, making insertion difficult and often extremely unpleasant.

This is far from the only reason that many people choose to avoid the test. In 2009, The Guardian published an article to a very different tune than their current output, entitled ‘Why I’m never going to have another smear test‘, in which journalist Clare Allen asked: ‘For women with mental health problems, learning disabilities or a history of sexual abuse, smear tests can be especially traumatic. Why doesn’t the medical profession know this?’ Ten years on, we must ask why this question still needs to be posed.

I spoke to 13 people currently eligible for the test, ranging in age from 21 to 32-years-old, and consisting of ten women, two non-binary people and a trans man. From that group, ten said that the speculum was a significant factor in their aversion to the test.

Hayley, 28, explained: “Due to my endometriosis and chronic pain, I find the speculum incredibly painful and I am only able to get through the test with strong painkillers.

“In my first test I had a panic attack when the speculum was being inserted due to the pain I felt. At this time I didn’t have my pain diagnoses and I thought something was going wrong because I had been told the “quick and painless” myth.”

The pain and anxiety caused by the procedure is so severe for some people, in fact, that carrying it out actually proves impossible. Sarah, 21, experienced this problem when she recently attempted to receive her first screening.

She explained: “‘I went in recently to a check-up and the woman I was seeing said we should do it, I hadn’t done it before and was very apprehensive. I have past trauma related to a medical setting and definitely having to lay down and feeling helpless and out of control of the situation is triggering.

“I knew it was important so I agreed to try but we didn’t get very far as I was crying and in lots of pain, so she said we didn’t have to do it. After that experience I am definitely discouraged from ever doing it again, because I don’t see how it will be different.”

For some, the procedure is even more traumatic. For Zach, 27, it is particularly fraught: “As someone who has adnemyosis (chronic pain in the uterus), it is very painful for an examination to take place, and also the little that gynaecologists know about transgender people makes members of the community not go for annual check ups on their reproductive health.”

Zach adds, “It also is a gendered environment, so if you’re a (trans)male and your name is called out, then a lot of folk will look at you and question why you are there.

“With the case of sexual assault and trauma, it can be a very triggering setting as the position that you are somewhat forced into can bring back memories of an assault, and if the doctor doing the examination has a lack of bedside manner then it can be yet another traumatic experience for someone. I wasn’t aware I was getting an examination done (the first time I saw a gynie) and was only told when I was on the bed what was going to happen. I did refuse but she pressed on and tried to force the speculum into me, which caused me a lot of pain and distress. I left the office crying and didn’t go back to see someone for at least five years.”

Of those who named the speculum as a significant factor in their resistance to the test, seven said that they would be more willing to go through the screening procedure if smaller or more flexible speculums were used, or if home kits were made available.

“On top of my health issues it would alleviate the anxiety I feel during the test due to body dysmorphia,” Hayley explains, a belief also expressed by two other interviewees.

“I also believe that home kits would be a tremendous benefit to sexual assault survivors. I am particularly disappointed in how the inflatable speculum has been rejected by the NHS despite trials showing the positive effects.”

Several interviewees also expressed outrage at the insistence that the procedure will not cause discomfort to anyone who has previously had penetrative vaginal sex.

“Sex is a completely different arena where you are (hopefully) aroused,” Jules says. “Your vagina can expand significantly in that state, and in general you are going to be more comfortable when you’re being penetrated by something you want, with someone you trust, where you feel somewhere safe. The smear test is clinical and invasive, and it’s not trying to please you.”

Jay, 28, agrees, calling the notion “laughable.” Jay adds, “The degree of pain I experience during the test has not lessened after I experienced vaginal sex.”

For Isobel, 30, it is particularly upsetting: “I have had a healthcare professional say this to me whilst I was crying during a test. I find it ridiculous and factually incorrect because the test is painful for me despite having had penetrative vaginal sex. For me this is akin to saying a woman should have no problem with being raped as long as she’s had sex in the past.”

It is undeniable that the smear test is of vital importance. In 2016, cervical cancer was the cause of death of 854 people, and screenings are crucial in its identification and timely treatment. Until we stop branding those who avoid the test as infantile and vain, however, we will do nothing to bridge the gap. Some people may be dying of embarrassment, but it increasingly seems that people are far more likely to die of trauma, which can’t nearly so easily be dismissed by garish pink Facebook posts.

The trial of home kits offers a beacon of hope, but we have a long way left to go, and until medical professionals become far more sensitive to the real reasons for the diminishing attendance figures, from gender identity to a history of sexual assault to chronic pain conditions, those figures don’t look set to change. As one interviewee expressed: “I’m not embarrassed, I’m traumatised.”

Things must change, and if we are to learn anything of use from Jade Goody’s passing, they must change now.