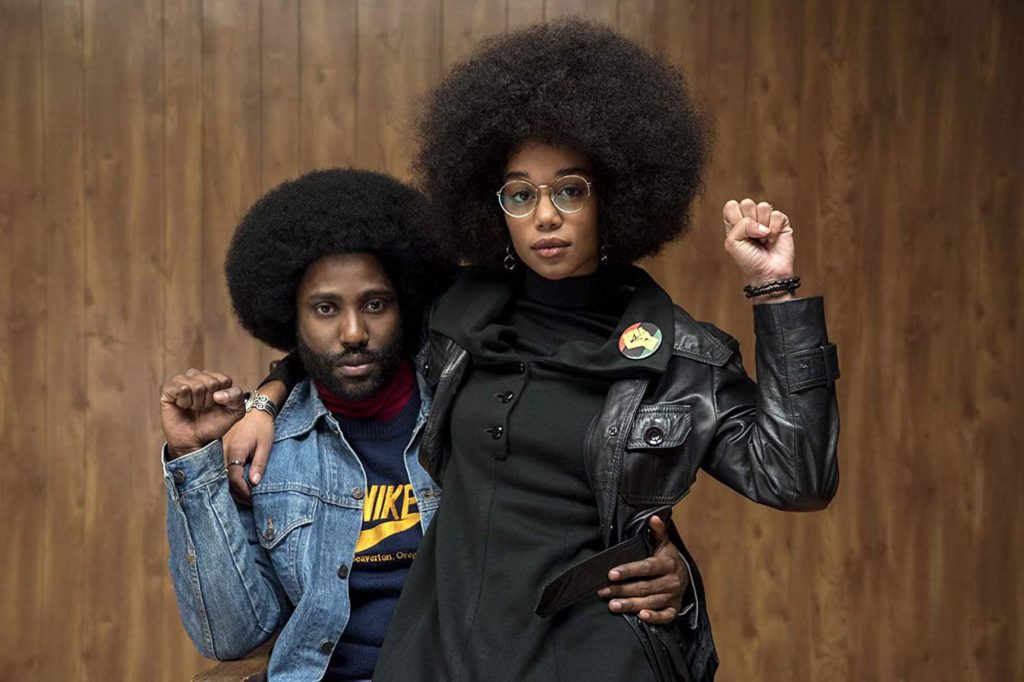 As part of Black History Month, a screening of American biographical comedy-drama BlacKkKlansman (2018) was held at Manchester Metropolitan University, followed by a group discussion.

BlacKkKlansman, directed by Spike Lee, is based on the true story of an African-American cop who infiltrates the Ku Klux Klan in the 1970s. Ron Stallworth, the cop at the heart of the film, had previously written about his experiences in his 2014 memoir Black Klansman.

After the film screening, held as part of a series of events marking Black History Month, the audience – made up of students and lecturers – were invited to discuss the themes presented in the film.

Although many of the talking points were US-centric, the attendees found ways to relate it to their own experiences as BAME students living in the UK. From the film’s portrayal of black men suffering physical abuse at the hands of police officers, students were able to discuss their own experiences with police, particularly in light of recent proposals to increase ‘Stop and Search’.

Tawana, a first year Sociology student, told aAh! magazine that they found coming to the event “reassuring”. Tawana explained: “It was reassuring to find that there are more black people within the University, with the same drive and passion to find equality.”

However, she conceded that the discussions that had taken place had shown how opinions varied within the group. Tawana said, “It’s also interesting to see how we have different personalities, perspectives or opinions. How we think some issues should be solved one way, and other people suggest another way. But it’s important we open up the conversation, because not having that conversation is keeping us where we are.”

BlacKkKlansman is just one film released in recent years that has brought conversations of race into the mainstream.

However, when asked on the significance of the film, as far as black representation in Hollywood goes, second year English & Sociology student Compassion shared a mixed view.

“It’s a step in the right direction for black people, but this shouldn’t be the only type of movie,” Compassion explained. “White people have all types of movies. They get to be seen in action-adventure movies, they get to be in everything. Black films are always very historical, very serious. It can pretty depressing.”

“These films do help a lot, but if these films are all we see of ourselves, they will feel like ‘special issue’ movies. There should be more variety,” Compassion added.

BAME ambassador scheme coordinator Azeem Lateef, expressed his opinion that the event was bigger than just the film. He said, “It’s an opportunity for BAME students to express themselves within a institution that’s mostly white.”

The Faculty of Arts and Humanities’ Black History Month event series continues with A Brief History of Black People in Britain. Check out the full programme and book your place via My Career Hub.