You are here: Home / Manchester / News / Politics / An Overview of Policy Pledges from the Tory Party Conference 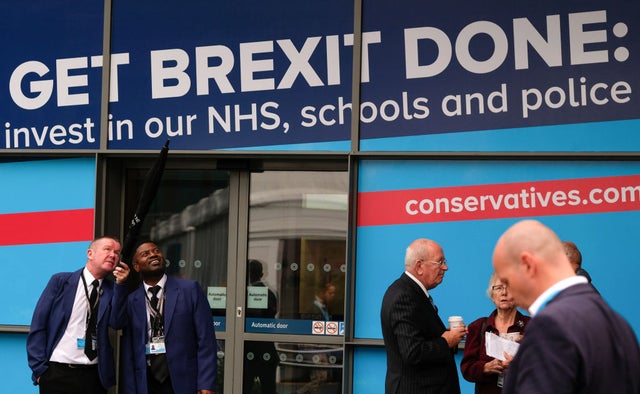 The Conservative Party Conference returned to Manchester once more, where it was met with protests from Thomas Cook staff, anti-austerity protesters and anti-Brexit demonstrators.

This didn’t seem to dampen the spirits of the Conservative Party, who have been promising massive overhauls in spending and legislation. Although critics say that many of their promises are subject to change depending on the outcome of Brexit, the Party is seemingly trying to broadcast a image of what Britain will look like after the country has left the European Union.

The Chancellor Sajid Javid has made a lot of promises on spending since he took up the job from his predecessor, Philip Hammond. Last month, he pledged to increase public spending by £13.8 billion, the highest increase in government spending in fifteen years.

At the Conference, Javid lay down all the details of where the money will be going:

All of these pledges come after a decade of austerity, in which government spending was cut massively across the board.

Sajid Javid also announced that the National Living Wage – introduced by George Osborne – would increase to £10.50 within the next five years. By 2024, the government hopes to have achieved this to “help the next generation of go-getters to get ahead”.

Previously, to earn a National Living Wage, one had to be over 25 years old. Javid has promised to lower this threshold to 21-years-old.

Javid’s Labour counterpart, the Shadow Chancellor John McDonnell has criticised these plans, calling them a “pathetic attempt at catch-up”.

Earlier this year, the Labour Party had pledged to raise the National Living Wage to £10 by 2020, and to include all workers – even those under the age of 18 who make £4.35 a hour.

Javid pointed to this policy as a indication that the Conservatives are ‘the real party of labour’.

A series of animal welfare measures have been discussed at the Conference including:

These pledges are all similar to ones promised in Labour’s animal welfare manifesto, published in August.

The focus given to animal welfare is a interesting shift for the Party. Boris Johnson’s girlfriend Carrie Symonds is a long time animal rights campaigner and had set up a stall at the Party Conference to speak about ending the wildlife trade.

Really important we continue to tackle the illegal wildlife trade. Great to speak to @IFAWWestminster just now. They do such fantastic work. #endwildlifecrime #CPC2019 pic.twitter.com/eVAI64pNwz

The Conservative Party has long been criticised by animal rights groups – particularly for their stance on fox hunting. However, since becoming the Prime Minister, Johnson has promised to promote animal welfare – perhaps as a nod to his girlfriend’s passion project.

The home secretary, Priti Patel, announced that £20 million will be spent on a new team within the British Transport Police to tackle county lines drug networks. These gangs deliberately target children and vulnerable adults to deal drugs such as heroin and crack cocaine.

Just as Javid proclaimed the Conservatives the ‘party of labour’, Patel was clear in defending her party’s position as the party of law and order. She pledged £10 million would go towards equipping up to 60% of police officers with tasers.

Patel’s speech was direct and intended to be tough, as she warned criminals, “We’re coming after you.”

Mark Russell, the chief executive of the Children’s Society charity, wasn’t as enthustatic about Patel’s proposals to tackle county line crime, as he remarked that the “funding is a drop in the ocean compared to what is needed”.

A Overhaul on Immigration

In the looming shadow of Brexit, Patel also made some promises on immigration. The Home Secretary told the conference that she had a ‘particular responsibility’ to end the free movement of people.

In it’s place, Patel has announced a Australian style points-based system will be introduced. It’s her view that system would work in the best interests of the country, as it would be one that “attracts and welcomes the brightest and the best. One that supports brilliant scientists, the finest academics and leading people in their fields.”

Australia’s points-based system assesses potential immigrants on a number of factors – their age, their competency in English, their qualifications and their occupation. How the British government plans to replicate this system remains to be seen.