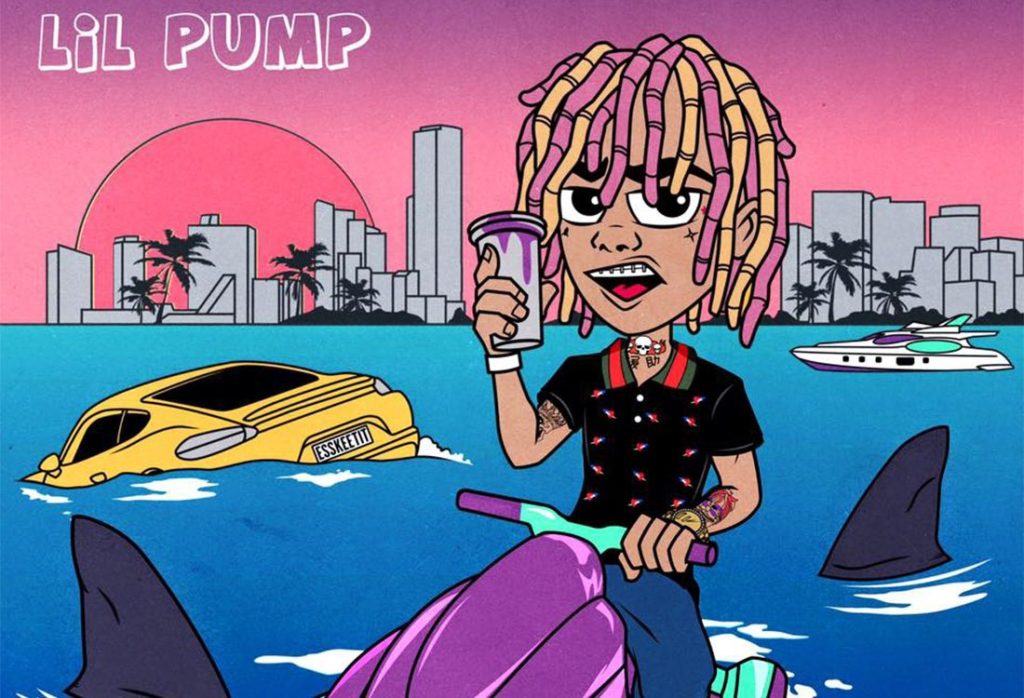 With viral success at just 16 years old, mischievous American rapper Lil Pump has emerged out of the Florida underground rap scene and landed success in the charts as well as gaining platinum certification for his hit ‘Gucci Gang’.  Now 18 years old, Pump has already released a self-titled album, headlined the ‘No Jump’ Tour and collaborated with the works of Gucci Mane, XXTENACION and even Kanye West.

Born as Gazzy Garcia from Miami, Florida, he began his music career writing raps after being expelled from high school and posting them on the music platform SoundCloud. His recognition in the rap scene stems from his friendship with producer/rapper, Smokepurpp, with whom he produced his early works, each one expanding his reputation and immense fan base.

Too young to sign a record deal, Pump continued to release music and videos via YouTube, which generated a substantial social media following, particularly amongst the younger generation. His biggest breakthrough, however, landed in 2017 with the release of his triple-platinum track ‘Gucci Gang’ which hit #2 in the R&B/Hip Hop chart and gained world-wide recognition. Following this success, Pump has since collaborated with the likes of Diplo and French Montana for the ‘Deadpool 2’ soundtrack and with Kanye West for the track ’I Love It’ which, accompanied by a viral video executively produced by Spike Jonze, reached the top ten in the UK and the US.

Standing in the dark, crowded venue masked with vape smoke, the impatient audience threw their plastic cups of red stripe up in the air and chanted  “we want Pump!” at the top of their lungs, drowning out the noise of the interval music.

Finally, a spotlight welcomed Lil Pump to the stage and all eyes were on his bleached dreads, eccentric facial tattoos and full Gucci attire. The welcoming chants only grew louder and transformed into echoing lyrics when Pump burst into the first bars of his early hit, ‘D-Rose.’

Lil Pump’s mischievous flair and raw energy shone through the entire performance as he dominated the small stage he was given and made it his own. By climbing up the towering speakers and jumping into the crowd, who were more than willing to lift him into the air, he demonstrated impressive performance skills not typically seen in someone so new to the game. Perhaps the most extraordinary element of the evening, though, was the visible dedication of his fans, who were rapping back the lyrics to Pump as he held his mic high in the air, their voices resonating through the room, even during his lesser-known tracks.

As unlikely as it sounds, the show exhibited an element of punk. Lil Pump’s beats and their accompanying lyrics were violent and energetic, causing the crowd mania to escalate into mosh pits every other song.  However, like every storm, the hysteria eventually abated to calm as the set ended on an emotional tribute to XXXTenaction, who was fatally shot earlier this year. The crowd traded their angry-mob personas for a calmer, more sentimental demeanor as they lit up the academy with their phone torches and passionately sang along to Pump and Tenacion’s collaboration, ‘Arms Around You.’

Lil Pump is currently touring the UK to promote his ‘Harvard Dropout’ tour and working on new music. With considerable success already under his belt, it is evident that Lil Pump is no flash in the pan and is here to stay.