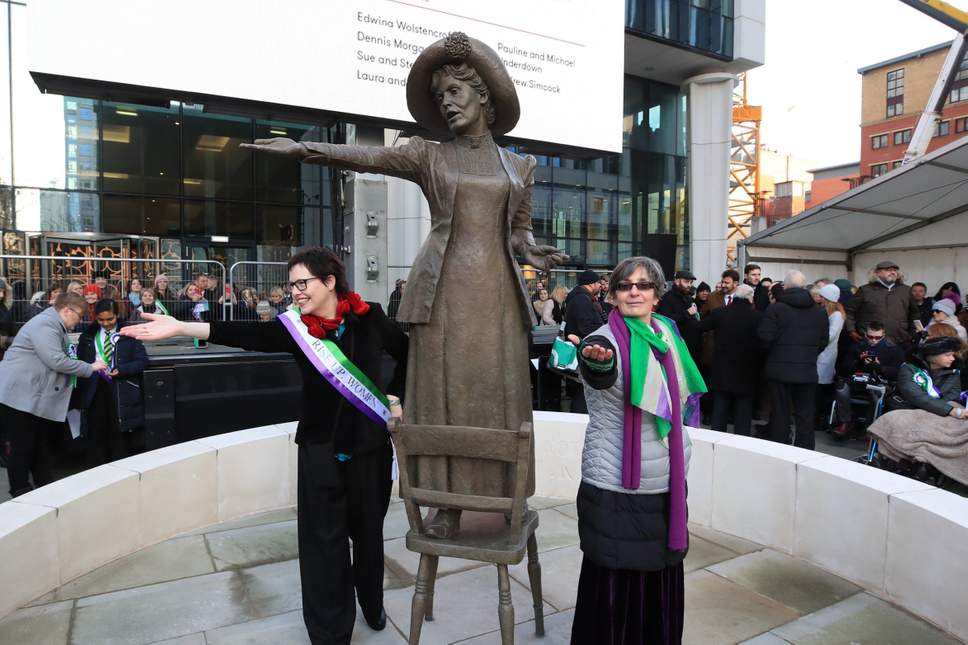 A statue of Emmeline Pankhurst, Mancunian political activist and leader of the Women’s Social and Political Union, has been unveiled in St. Peter’s Square. The statue, called Our Emmeline, attracted a crowd of 6,000 people at the unveiling, including 1,000 school children.

Just visited the newly installed statue of Emmeline Pankhurst in Manchester her motto was ‘Deeds not Words’ reminds me of some amazing women fighting for change in Barrow today https://t.co/YYt4CX6A6g pic.twitter.com/rPutjYgTyb

Greater Manchester mayor, Andy Burnham, was also in attendance, wearing a green, white and purple sash akin to those which were worn by suffragettes and a rosette reading “rise up women”.

Emmeline Pankhurst was selected as the subject for commemoration three years ago by the public, beating out Elizabeth Gaskell, the Victorian novelist, the anti-racist campaigner Louise da-Cocodia and “Red” Ellen Wilkinson, the Labour cabinet minister and leader of the Jarrow March.

The statue was created by sculptor Hazel Reeves. Reeve’s design was picked by a group of 5,800 people online.

Helen Pankhurst, the great-granddaughter of Emmeline Pankhurst, was present at the unveiling, 100 years to the day after some women were given the vote for the first time in the UK.

Helen Pankurt said: “Our Emmeline is not only a wonderful tribute to the life and work of Emmeline Pankhurst, it is also an incredible legacy to the suffragette movement and the role of Manchester’s women in campaigning for the vote. I hope that Our Emmeline inspires all those who are now helping to continue the ongoing journey towards achieving equality.”

The statue came about following a campaign by the WoManchester Statue Project, which aims to celebrate the significant role that women have played in Manchester. They state that 16 out of 17 statues present in Manchester before the unveiling of Reeve’s statue are of men, with the exception of Queen Victoria, whose replica was unveiled in 1901 in Piccadilly Gardens.

Some of those present at the unveiling carried placards, with one Twitter user, KatieLearmouth, naming one emblazoned with the slogan “Same shit different century” as her favourite.