You are here: Home / Culture / News / The Batman review – “we know the character’s history, and now we want the story” 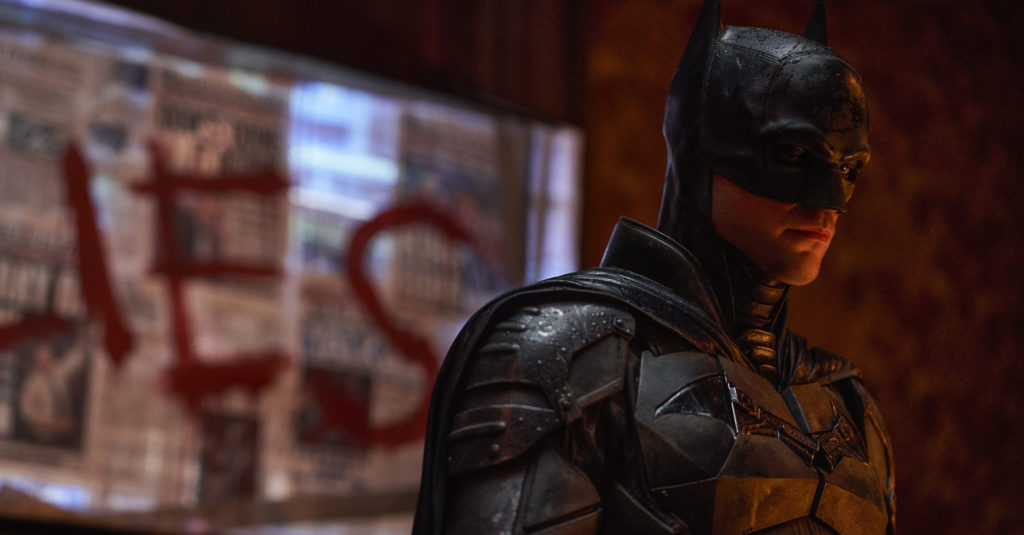 After years of waiting, Matt Reeve’s rendition of the popular superhero Batman hit the big screen on March 4th this year. Production pushed on through the coronavirus pandemic, and after a gruelling few months of production, The Batman was finally accessible for everyone to see. Now the question is, was it worth the wait?

This is a very different rendition of the character. Nolan’s Dark Knight trilogy establishes Bruce Wayne’s philosophy throughout the movies, but Reeves shines in this regard. We are presented with a Batman questioning what kind of symbol he should be for Gotham, how it could inspire, and whether it’s good for the city.

The Batman takes place during Bruce Wayne’s second year of working as the masked vigilante; I have to respect Reeve’s direction when deciding not to include the murder of Thomas and Martha Wayne. We know the character’s history, and now we want the story. So, does the story live up to the hype? Mostly, yeah.

The director does an excellent job at establishing Gotham; throughout the film, it feels like Batman is fighting a losing battle against the crime and corruption that plagues the city and its politics. As for the story, it’s intriguing; Reeves said from day one that he wished for his movie to be a neo-noir film that shows the detective side of Batman as he untangles a conspiracy throughout the city.

The acting is great. Robert Patterson gives a believable performance as Batman, and Zoe Kravitz shines as Catwoman. Their chemistry is well defined. However, Colin Farrel as Penguin, who is unrecognisable, is absorbed in the role and outshines every scene. Paul Dano also gives a highly unsettling and unhinged performance as The Riddler.

However, the film does have some drawbacks. I had hoped for more scenes with Patterson as Bruce Wayne, not Batman. This is where the Nolan trilogy shined; Bruce Wayne had three identities, Bruce Wayne, Billionaire Playboy and Batman. It was interesting to see all of these different personas interweave through Nolan’s three movies. With Reeve’s rendition, Bruce Wayne has been described among people I know as an ‘emo’, which I can understand. The film is also unintentionally funny. The Riddler starts singing ‘Ave Maria’ at The Batman, which caught me off guard. The specific clip has become a meme on TikTok, definitely not what Reeves intended for the scene to encapsulate.

I also thought the film lacked heart. This is strange because, objectively, it’s a good movie. The amount of brooding that Pattinson’s Batman did throughout the movie was laughable sometimes. We understand that Batman is meant to be dark and menacing without saying a word, but I wish we got a bit more dialogue surrounding his thought process while solving cases. It’s also ridiculously long, with a 2 hour and 56 minutes runtime.

Is it worth your time? Yes, definitely. Reeves takes Batman in a new and bold direction that everyone should watch. Overall, it’s an exciting film with good performances, a good story, and fantastic cinematography… with only a slight few criticisms.