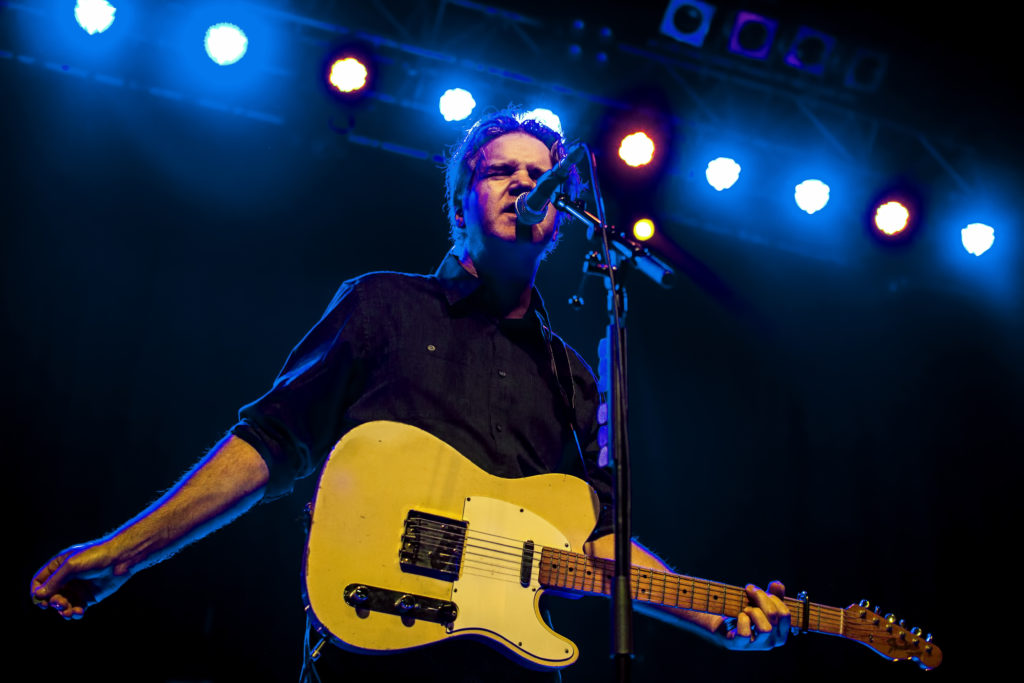 With almost 40 years worth of songs in his bag, Lloyd Cole is heading on tour, with a UK leg that includes a visit to Manchester’s Albert Hall on Tuesday 19th April.

From Rattlesnakes to Guesswork was meant to start its tour two years ago but was sadly rescheduled twice, due to COVID-19 lockdowns.

Lloyd Cole and the Commotions were a firm fixture in the 1980s pop charts with songs that combined catchy tunes with erudite lyrics. ‘Lost Weekend’ was an infectious number about double pneumonia in a single room in Amsterdam. ‘Jennifer She Said’ was a bitter-sweet tale of a man whose lost love is tattooed in blue on his skin. ‘Brand New Friend’ featured a happily-sad narrator: “Walking through the pouring rain, walking with Jesus and Jane.”

Pulitzer Prize-winning poet Paul Muldoon referenced Lloyd Cole and the Commotions’ second album Easy Pieces (1985) in a sequence of musically inspired verses within his 1998 collection Hay: “The in-crowd/on the outs with the likes of Milton/ and Spenser while Cromwell/ still walked through the pouring rain.”

The tour’s Scottish date will be something of a homecoming for the singer. It was at Glasgow University in the early 1980s that Cole met Blair Cowan and Neil Clark and the wheels of the Commotions started to spin. They were then joined by Lawrence Donegan (bass guitar) and Stephen Irvine (drums).

Fleeting infatuations and romances were significant features of the songs. In ‘Charlotte Street’ the narrator is “looking for a rhyme for the New York Times” when a girl interrupts to ask if he knows “how to spell audaciously.”

1967 Eurovision winner Sandie Shaw covered Rattlesnakes’ closing track, ‘Are You Ready to be Heartbroken?’ She had already enjoyed a 1984 hit, at the side of Johnny Marr, with her version of The Smith’s ‘Hand in Glove’.

In 2013, Lloyd Cole released Standards. It included ‘Women’s Studies’ – about an eternal student preoccupied with Franz Kafka and thoughts about the women he didn’t marry. It was one of the numbers Cole performed on BBC2’s Later… in 2013. Lloyd told host Jools Holland of how Bob Dylan had inspired him to throw off self-consciousness about ageing and loosen up his sound.

His most recent album, Guesswork, released in 2019, could almost have been recorded with a premonition of the pandemic year of 2020. It used more of the synth-pop of Cole’s 1980s contemporaries than the guitar and strings soundscape of Rattlesnakes. Songs like ‘The Afterlife’ and ‘When I came down from the Mountain’ placed their narrators in a half-life removed from the collisions of city life. Read the aAh! review of Guesswork in further detail here.

After gigs in Portugal and France, the UK leg of From Rattlesnakes to Guesswork tour will start in Manchester and end in Brighton, on 11th May.

Will Shaun Ryder be in the audience? In his autobiography, How to Be a Rockstar, the Happy Mondays singer tells how The Madchester band played The Gallery (corner of Peter Street and Deansgate, near the Albert Hall) because “Lloyd Cole and the Commotions were supposed to be playing that night, but they’d just had a hit, so cancelled.”

If you ever hear Shaun Ryder covering ‘Lost Weekend’, that might be the reason behind it.

Tickets for Lloyd Cole’s From Rattlesnake to Guesswork tour can be bought here.

1st May: The Brook Southampton

8th May: The Drill Lincoln

Lloyd Cole’s most recent album Guesswork is available on Spotify