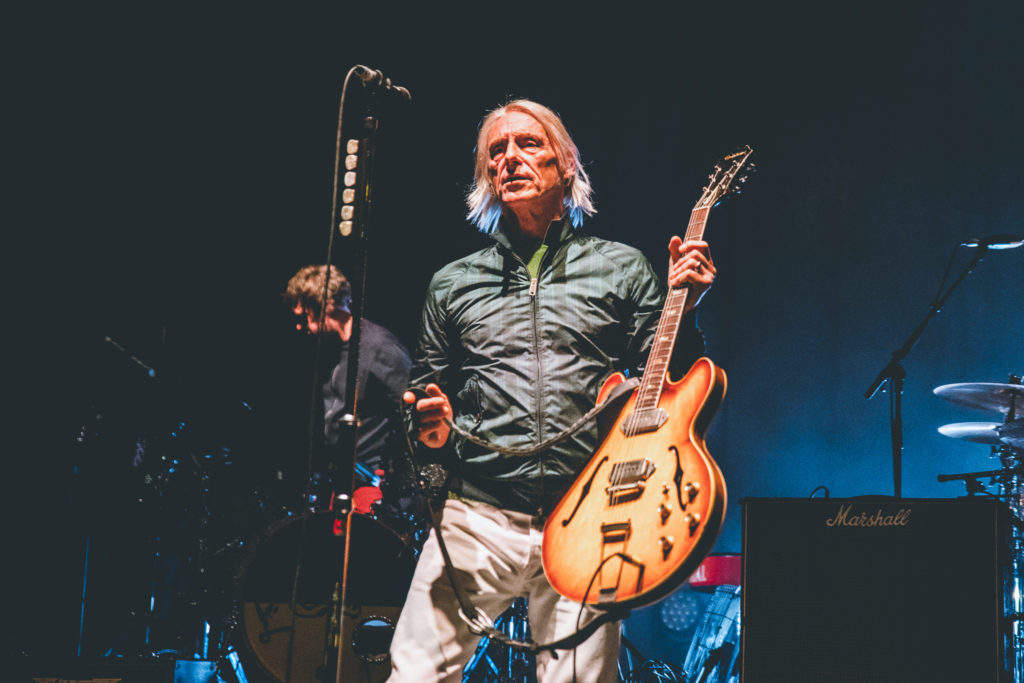 After a long-awaited return, the O2 Apollo finally got the chance to see Paul Weller for the first time since the start of the Covid-19 pandemic. Having been rescheduled twice due to restrictions on live music, there was a definitive buzz amongst the fans as they packed out the sold-out show in Manchester’s theatre-style venue.

With a much needed early set time of 20:30, Weller took to the stage with his five-piece band. Opening with ‘White Sky’, a fan-favourite from Weller’s 2015 album Saturns Pattern.

Commencing his generous two-hour set enlisting 28 songs, Weller managed to give the crowd a taste of his impressive musical career, playing tracks from his time in The Jam to his stint in The Style Council, and many more from his strong solo career.

Since his last showing in Manchester, Weller has released two solo albums, ‘On Sunset’ and his latest ‘Fat Pop, Volume 1’. However, the setlist for this current performance only included 5 songs from these two albums collectively, which was unusual for an artist touring with new releases. Yet saying this, it pleased the audience for there to be space for so many hits curated over a long period of time. Both quantity and quality

Weller played two encores, the classics from his beloved days in The Jam with ‘A Town Called Malice’ and ‘That’s Entertainment’, which brought back nostalgia for all those mod music fans who have been following Weller from the very beginning. These songs had the crowd dancing, from the stalls and even to those on the balcony.

Weller’s set was impeccable, impressive and truly nostalgic, making us all say “Now that really was entertainment!” This night was an epic return from the multi-talent musician and a perfect way to spend the Easter weekend in Manchester as it truly was a Good Friday.