You are here: Home / Culture / Features / Music / News / Grade 2’s Jack Chatfield on Growing Up Punk: “Being stuck on the island for life is enough to fuel me” 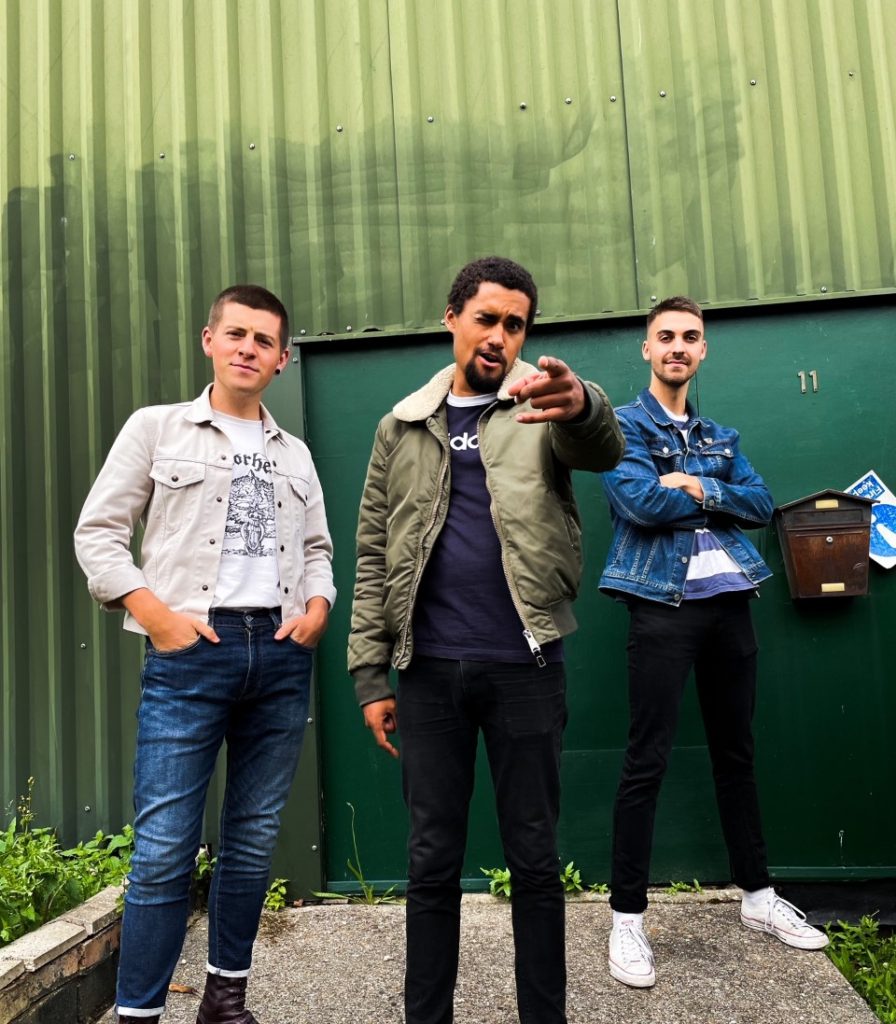 Somewhere on a mythical quaint island off the South Coast of England, three young lads were united by their love of punk rock music and together formed the Oi! punk trio, Grade 2. Jack Chatfield, Sid Ryan and Jacob Hull began playing together as teenagers covering songs from the likes of The Clash and The Jam. Now the boys are wielding their musical talents to produce ferocious punk rock ’n’ roll laced with passion and angst, with a fearless integrity on personal to socio-economic issues.

Still early in their prime, they have made an impression on the hardcore punk scene, with two albums under their belt and signed to Epitaph’s sub-label Hellcat Records. Grade 2 are now back on the road with a new record ‘Graveyard Island: The Acoustic Version’ and Jack Chatfield spoke to aAh! about their journey so far.

Originating from the seemingly charming island of the Isle of Wight, the band’s home plays a large role in their narrative, being influenced by the darker humdrum reality of living in a seaside town. “There are two routes you can go down when living somewhere like the Isle of Wight,” states the guitarist and vocalist.

“You either become very comfortable with the routine life and your small community and you find that you have no desire to go anywhere else, except maybe Ibiza once every two years if you manage to control your coke habit enough to save that is. Or you feel isolated and grow increasingly frustrated as you grow up and realise there is no future here,” he adds.

Grade 2 certainly capture their frustration of growing in such provincial areas such songs like ‘Graveyard’ and ‘Murder Town’ however, Chatfield assures the reality only propels their ambition as “the fear of failure and being stuck on the island for life is enough to fuel me to get up every day and work hard”.

The blistering punk that comes from Grade 2 resonates with the fracture of punk to what some may consider as “real punk”, or by category Oi! due to its signature populist aesthetic and roots. “We all grew up in working-class families. I saw the financial struggles growing up and all that comes with it,” says Chatfield. “I witnessed first hand some of the hardship. As well as that, I had punk, ska, reggae and Oi! being played around me on a daily basis, so everything that would be going on at home was also being sung about on the stereo.”

Grade 2 are not shy about expressing their frustrations on the conditions of the world either. The band have a traditionally raw, blunt and preachy approach to the integral notions of punk rock music; question everything, the personal is political and the political is personal. The band are determined to get across their opinions on the political climate, and their cause on ‘Graveyard Island’ is as relevant today as it would be if it was released in 1976.

‘Tired of It’ is a song that in its lyricism and sound articulates the frustration with the contemporary complexity of surveillance and its exhaustion on the human psyche. This exhaustion and bewilderment will ring true with so many of us existing in the digital world, and in light of the pandemic, this conscription to be analysed has us caught between protecting public safety and rising concerns on human rights.

“Of course tracking people has actually become a crucial tool for the government to help fight Covid-19 and when it is used for that sake, then I would agree it is a good thing. However, do you believe the intention of digital surveillance was that of protection of the people in the event of a pandemic? I don’t think so. I think it was for greed and control and now it has coincidentally become a tool for good at this moment.”

The Isle of Wight doesn’t lack musical heritage and is home to one of the UK’s largest rock festivals. However, the island is unknown for any particular influential relevance to the punk scene. “When we started playing live, there wasn’t really a punk scene happening on the island.” Although almost 50 years after the emergence of punk in recent years Chatfield has noticed some change in his hometown: “I’d say as of recent times, it is pretty strong, we’ve got bands coming up such as The Appalled, Reminders and The Pill, just to name a few.”

The feelings of entrapment and monotony that Grade 2 felt growing up in a small town became a relatable reality for us all when lockdown began. The band was on tour in Canada at the time but was forced to cancel and go back to the UK. The first year of the pandemic proved to be difficult for the trio, making ends meet with their night shifts at Tesco became a strain on their ability to create music until 2021. Using Chatfield’s home studio the guitarist, he and bassist Ryan found their roots in their acoustic abilities, from what started just for pleasure to get through isolation to then the making of their new acoustic record version of Graveyard Island.

“Our intention was to make 4 DIY acoustic demos, all recorded and mixed by ourselves, and to just give them out as free MP3s for anyone who cared,” Chatfield states “But after showing them to Epitaph, we were surprised to hear they loved the tracks and wanted to make a record out of it. So we got them mixed professionally by a good friend of ours, Leo Dyke, and he transformed them from just DIY demos to an actual record.”

Despite the acoustic frame of the new record, the band have no intention of changing the thunderous and loud application to their live performances. “Do not fear people, we have not decided that we are Ed Sheeran,” He reassures the volume will be cranked to the max: “We love punk for its energy and we will never not bring that to the show!”

Grade 2 latest album Graveyard Island is available to stream now on Spotify. Tickets and information for their upcoming 2022 UK and Europe tour are out now.