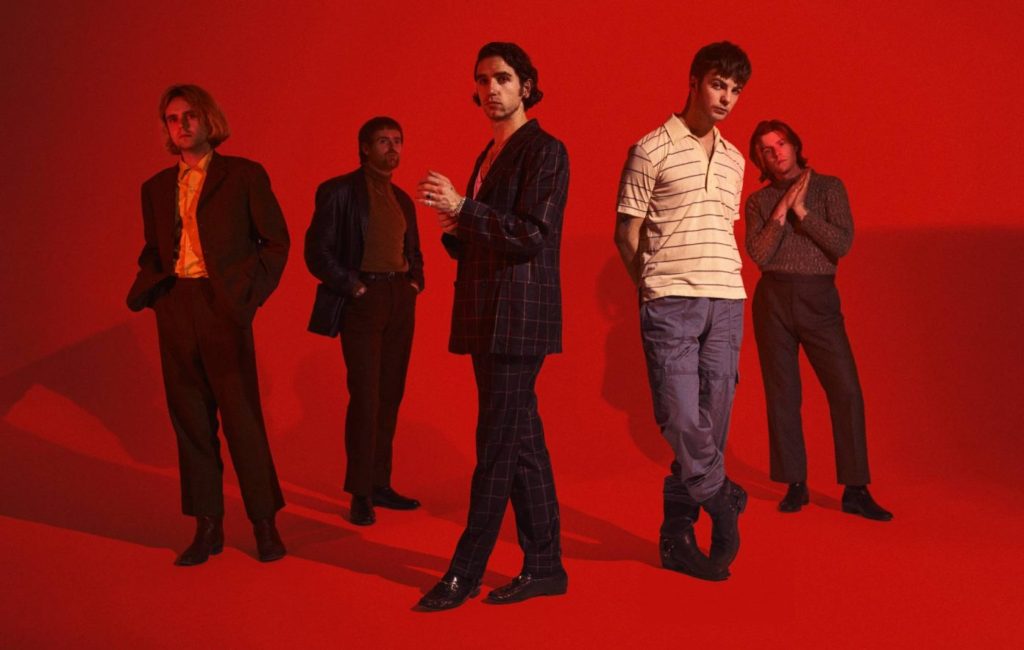 ‘I Love You’ is the latest offering from Irish post-punk outfit Fontaines D.C, comprised of Grian Chatten (vocals), Carlos O’Connell (guitar), Conor Curley (guitar), Conor Deegan III (bass) and Tom Coll (drums) who met whilst studying at BIMM in Dublin – the band has been making music together since 2015. It is the second single to be released from their upcoming third album Skinty Fia, which will be out on 22nd April via Partisan Records.

Much like its predecessors, Skinty Fia (‘Damnation of the deer’ in Irish) was produced by Dan Carey. The album artwork and title both allude to the extinct Irish elk, also known as the ‘giant deer.’

Debuted live last year, the track is described by frontman Chatten as “the first overtly political” song the band have written. Told from the perspective of an Irishman abroad, ‘I Love You’ battles with the themes of finding your identity whilst separated from your home country, as well as providing a commentary on Ireland’s complicated history and its political climate.

Musically speaking, this is perhaps the band’s most accessible song to date but it does not lack the characteristics of their previous. Building guitar over thudding drums, accompanied by Chatten’s almost, but not quite spoken-word delivery, makes for an intense and almost dizzying five minutes of listening.

The video for ‘I Love You’, directed by Sam Taylor coincided with the track’s digital release and adds another layer of power and meaning behind the lyrics. The video centres on the lead singer strolling through a church surrounded by a large number of burning candles before he makes a heartfelt delivery of the lyrics directly into the camera.

Fontaines D.C upcoming album Skinty Fia is available for pre-order on a range of platforms.