You are here: Home / Culture / Entertainment / Film / Five lessons we learned from Netflix’s Heartstopper – Not just for Gay Pride, but for years to come 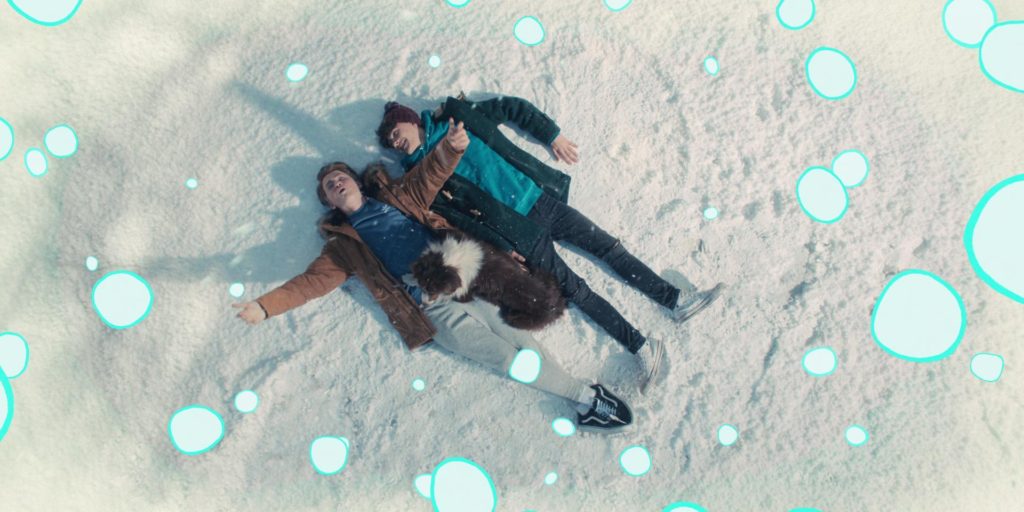 It’s been around a month since Heartstopper landed on our screens, an unassuming series based on the graphic novels by Alice Oseman, documenting the journey between Charlie Spring (Joe Locke) and Nick Nelson (Kit Connor). Sparks fly after they unexpectedly sit next to each other during form at Truman High School for Boys. Approved by Years & Years frontman, Olly Alexander and making the Netflix Top Ten list in over 54 countries, it has resonated with fans all over the world. Telling its characters’ stories in a universal and accessible way, here are five lessons we learned from Heartshopper which should be remembered – not just for gay pride but for years to come.

1. We should never assume someone’s sexuality

Assuming someone’s sexuality is a key topic within the series and when it comes to someone’s sexuality there are no stereotypes and it’s no one’s business except your own. The two best examples of this are the characters of Nick, and Tara Jones (Corinna Brown), both of which are assumed to be straight. Elle Argent (Yasmin Finney) describes Nick as the “straightest person [she] has ever seen”. Even Nick’s mum says to Nick, “Don’t worry the right girl will come along, just you wait” which pans to Nick’s crestfallen face. Due to being the captain of the rugby team others assume he couldn’t be gay. For Tara, classmates comment that she “doesn’t look” like a lesbian when she comes out. It seems strange that in the 21st century we still have these debates on what a gay person can or can’t look like. It’s not just limited to the show, it’s something that most can relate to in real life. Even Connor has spoken out on Twitter writing, “Twitter is so funny man. Apparently some people on here know my sexuality better than I do”. It’s not up to others to define you.

2. Tackling toxic masculinity is a priority

Toxic masculinity is usually defined as the idea that some people’s thoughts on what it means to be a man equates to domination, homophobia, and aggression. Highlighting toxic masculinity is also prevalent within the show and is presented through the characters of Harry Greene, Ben Hope (Sebastian Croft), and Charlie. Ben is closeted and his self-hatred manifests in his mistreatment of Charlie, a similar storyline to Adam and Eric in Sex Education. Harry appears to be the typical ‘rugby lad’, who will do anything to be popular, even if that means bullying others. During his first rugby session, Charlie disproves the other rugby players after he laments to his coach, “It’s hard to be confident when they all see me as a stereotypical gay boy who can’t do sports”. To which his coach reminds him a lot of gay people are good at sports and this spurs Charlie on to continue training. Nick has the flip side of the struggle due to being a rugby captain and he even changes how he acts to fit in around his group. This is something which he doesn’t realise he is doing until spending time with Charlie. Masculinity comes in many forms and should be devoid of stereotypes. On the Headstrong podcast with Lewis Strong, Connor defined masculinity as “strength of character and perseverance”. We would have to agree.

No matter your sexuality or age, unrequited love provides a universal pain, as we see through the character of Imogen Heaney (Rhea Norwood). The character of Nick may only be 16-years-old, however, he deals more maturely than a person far beyond his years. By openly declaring his feelings (or lack of) to Imogen, we see the honesty that we all would’ve appreciated at some point in our lives.

4. It’s okay to not know all the answers

Throughout the show, we see a group of teenagers navigating their relationships and sexuality. There often appears to be pressure to know everything, however, this series reminds us that even if you’re still figuring stuff out, that’s okay too. This is shown predominantly through Nick’s character who undertakes a journey of self-discovery in regards to his sexuality, searching for what it means to be bisexual. There’s no rush to come out to others until you’re ready and comfortable. One of the most heartwarming scenes is during the final moments of the series when Nick comes out to his mother (Olivia Coleman). It’s a scene which has also been used by fans to help with their own coming out. In showing the full length of his discovery, we are reminded that it’s okay to have only questions and no answers.

Cutting through self-doubt and focusing on what makes you happy is one of the hardest obstacles in life. When you’re surrounded by people who constantly give you unsolicited opinions even when they’re only trying to help, it is never easy. As we see through Charlie’s friendship group and blossoming relationship with Nick, it’s those that are close to you and act as your support network that matter. When Darcy Olsson (Kizzy Edgell) and Tara face unnecessary homophobic comments after coming out as a couple on Instagram, they get through it together.

There’s even more that can be taken from the series, however, these are the five lessons that stuck out to us the most. Growing up is never easy and this is only highlighted throughout Heartstopper. With two further seasons confirmed, this is only the beginning of the series. We’re looking forward to seeing how our new favourite characters’ stories develop across each season.

Heartstopper is available to stream on Netflix.