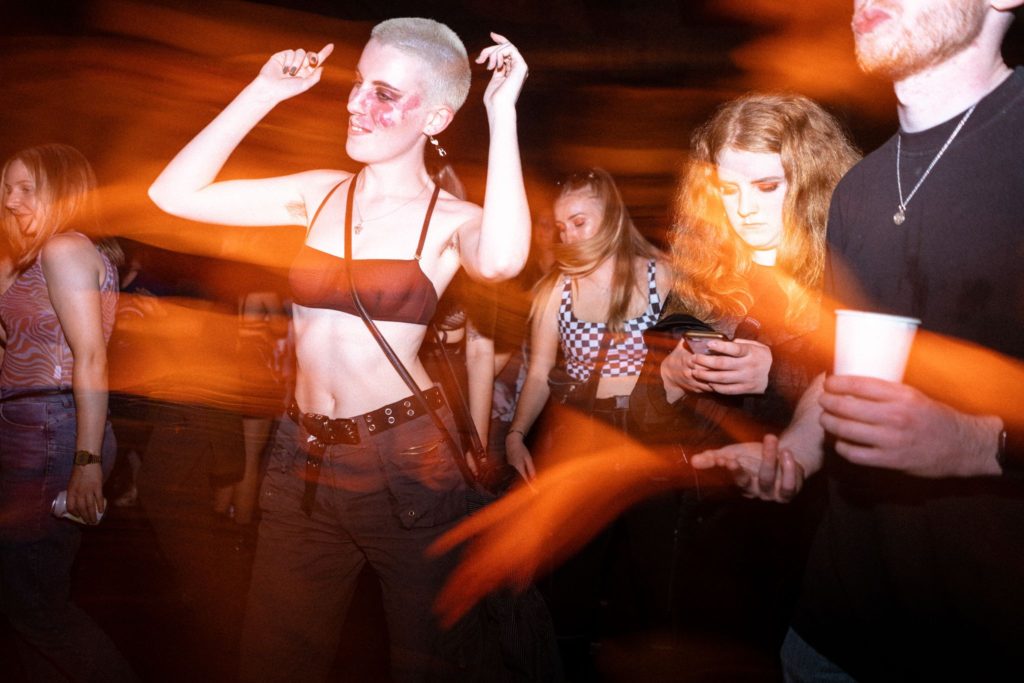 The annual club night series The Warehouse Project at the Mayfield Depot has finally returned and Saturday kicked off with the first Repercussion day to night festival.

Repercussions offered an exploration of sound for the geekiest of music lovers. There was plenty to take in across the five stages, as well as Repercussion Records immense vinyl collection in The Plant Room.

Here’s a breakdown of some of the best bits of Repercussion Festival.

The Temperance Street outside stage was hosted by non other than Mr Scruff’s Keep It Unreal alongside Worldwide FM. The set up was cool featuring an outdoor stage sandwiched between two walls emulating a street party in a large alley.

Of course Mr Scruff joined to deliver the ultimate groove to close the stage. But joining him earlier in the day was a variety of talent such as garage legend Zed Bias and DJs like Antal, Tarsza, Kampire and SNO. However, it was unfortunate that the sound quality didn’t do the acts any justice.

One of the most anticipated artists on the line up had to be Manchester’s very own Children of Zeus. The soul and hip hop project only exceed expectations with their early afternoon set playing many of fan favourites from their album Travel Light. They continue to dominate as potent hip hop figures and contributing to Manchester’s place in the scene.

The Concourse stage arguably delivered some of the best sets of the whole night. The line up consisted with openers Aletha, Krysko and Greg Lord, Moodyman, Jayda G, Floating Points and Ben UFO b2b Call Super. The night finished with a three hour closing set from Laurent Garnier.

Ninja Tune’s Jayda G certainly took the crown for the most electric atmosphere with her set. She is known for spinning the best vintage soul, house and disco bangers, and the most enthusiastic disc jockey as she bounces and sings behind the decks.

The icing on the cake had to be when “Both of Us” was played. The whole of Concourse lit up in elation as people bounced on shoulders and people danced on tables. Even the security respectfully waited until the tune was over before dutifully telling fans to get back down. Jayda has a connection to the dance floor, turning it into a sanctum for clubbers and providing music that is good for the soul.

On the Depot centre stage we saw the likes of various genres from Moses Boyd, Jordan Rakai, DJ Shadow, Virgil Abloh, Benji B and finishing with DJ Koze.

Alterations to the set times moved DJ Seinfeld forward from the Archive to the Depot due to Giles Peterson sadly withdrawing. However, it was certainly a deserved position for Seinfeld to be performing in the heart of Repercussions.

DJ Seinfeld proved he is more than the lo-fi tag that was attached to him from his early work. He delivered joyous set of club bangers which was received with gleeful energy and spirit from the crowd.

Another big highlights of the Depot stage was DJ Shadow’s set. It was a treat to see one out three UK shows he’ll be doing this year, as well as it being the 25th anniversary of his seminal debut album Endtroducing.

He delivered a set true to his hip hop sound, with an amalgamation of elements of rock, ambient soul and showing off some insane scratching skills. His set illustrated his potent career that spans across the decades playing material from Endtroducing to his sixths latest album Our Pathetic Age.

His performance was spectacular. The visuals and light projections were thoughtfully created to enhance the whole experience. He played in a sort-of virtual cylinder that moved in an array of trippy colours and motifs. It was the most mesmerising moment of the night.

Repercussion Records offered a more relaxing space to sit back, have drink, look through records and enjoy the live sets on a less intense level.

The Plant Room featured an array of stalls including clothing by Lost Art, Manchester based zine and book shop 20k and a dead sheep, and an abundance of vinyl that was any crate digger’s dream.

Repercussion Records worked in collaboration with with some of the best local and global record labels and stores. Some of which was scene including Ninja Tune, Eastern Bloc, Ransom Note Records, Wilderness Records and many more.

One of my favourite labels had to be locals Talking Drums with their 12” variations of their Bum Chums volumes. Serving the likes of Soul, Disco and Balearic house from a collaboration of DJs on limited edition 12” vinyl in various colours and unique art work.

Repercussion was epic experience for the music nerd demographic it was curated for. Delivering high energy performances and variety to discover, whether that be a new vinyl or discovering a small record label – no one was left empty handed.

As the first of it’s kind it will be exciting to see what Repercussion has in store for the future and hopefully we will see it return to the Mayfield Depot in 2022.

To discover more events happening at the Mayfield Depot head to depotmayfield.com/whats-on/ and thewarehouseproject.com/calendar.