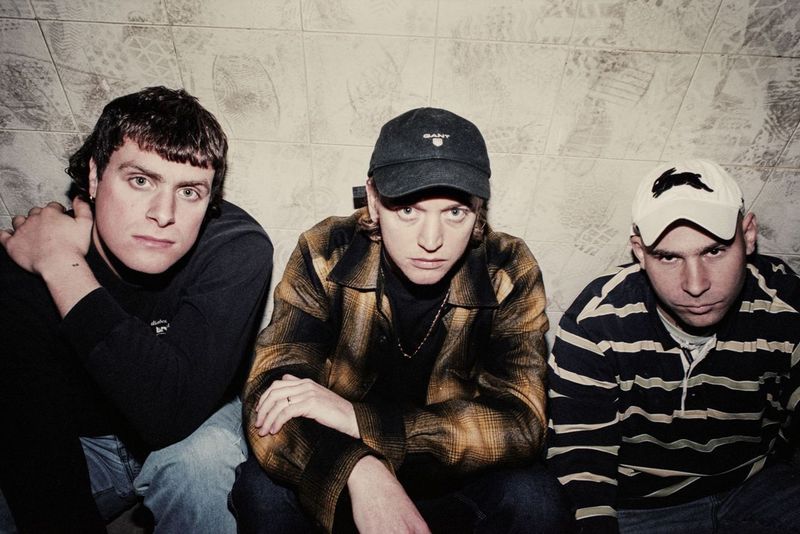 Planning to play to a total crowd of 65,000 fans on a forthcoming tour is no easy feat for any artist, although DMA’S have consistently proved they’re no run-of-the-mill band. Boasting an infectious brit-pop sound, the Sydney-based band has quickly adopted the title of honorary Brits after fans have warmly welcomed them as their own.

The band consists of frontman Tommy O’Dell, lead guitarist Matt Mason, and guitarist Johnny Took. Transforming from a three-piece to a six-piece on stage for their live shows, they’re joined by Joel Flyger on rhythm guitar, Thomas Crandles on bass guitar, and Liam Hoskins on drums.

The band broke through the airwaves with their hit track ‘Delete’ in 2014, which was impressively on rotation on Triple J before they’d even played a show. While away from their native home country, the band focused on cracking the U.K to much success. Their first full-length album, Hills Ends (2016), boasted their indie-rock track ‘Play It Out’ and paved the way for their growing triumphs.

Following it up with another album in 2018, For Now, contained some more soulful additions to their collection. Their tracks ‘In The Air’ and ‘Do I Need You Now?’, in particular, became increasingly transcendent after being reimagined in their album, MTV Unplugged Live (2018). After previously supporting the likes of Brit-rock icons such as Liam Gallagher, Kasabian, & The Kooks – the band is more than prepared to meet and exceed all expectations at their upcoming shows.

After extending their exciting autumn tour of the UK and Ireland, the tour now includes six new shows, as well as the sixteen dates that are already confirmed. Their tour also includes a 10,000 capacity London Alexandra Palace and three nights at Manchester Victoria Warehouse. It’s not only the large crowds they’ve drawn which will make this a tour to remember – the opportunity for the band and audience to come together again will undoubtedly be relished by both parties. Their show at Liverpool M&S Bank Arena also acts as a homecoming for their frontman Tommy O’Dell, whose father’s family is from there.

Notably, this tour marks their first chance to showcase their third studio album, The Glow, live after its official release last summer. Their most critically acclaimed body of work yet, The Glow, placed #4 in the UK and #2 in Australia – with their vivid songwriting and O’Dell’s signature vocals as evocative as ever, it’s no wonder why. Their latest offering, Live at Brixton (2021), immortalised their last gig before the world closed down for the last 18 months – although, naturally, nothing can completely recreate the electric atmosphere and sticky floor feeling of a live show.

After over a year without live events or the opportunity to see your favourite band in person, it’s thrilling to think that the wait is finally over. If you’d like to witness DMA’S live for yourself, you can purchase your tickets for their forthcoming tour here.

Keep up with DMA’S: