You are here: Home / Opinion / Opinion: “The pandemic has taught us many lessons including the danger of conspiracy theorists” 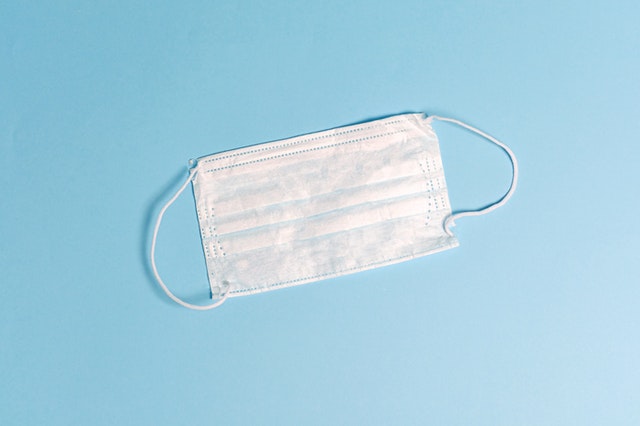 As the country goes in to a second lockdown, with further job losses, reductions in pay and Christmas fast approaching; are these further restrictions on people’s liberty promoting a surge of anti-lockdown sentiment and conspiracy theories? Conspiracy theories have often been a great source of amusement to many people and the source of countless journeys down Wikipedia holes, but is this new breed of conspiracy risk putting public health at risk?

The government’s U-turn on a national lockdown which was supported by 516 of the 555 sitting MPs has prompted mass demonstrations in many major cities around the country. Manchester, Bristol, London and Liverpool are some of the cities that have seen thousands of people attending such events, with many also being arrested. Several protesters were seen carrying signs which read ‘End the Lockdown’, ‘This is about Tyranny vs Freedom’ and ‘The Cure is Worse than the Disease’. Among the speakers at the events were Jamie Icke, son of former footballer David Icke and conspiracy theorist as well as Piers Corbyn, a prominent climate-change denier and older brother of former Labour Party leader Jeremy Corbyn. Cries of ‘fascist’ and ‘dictatorship’ emanated from the crowd in Bristol as they progressed through the streets. Prominent among the themes of the protests was the ‘totalitarian’ nature of the Covid-19 lockdown rules, with many signs referring to the imposition of ‘Martial Law’ on the British public. Signs were also seen implying that Covid-19 was a ‘hoax’ being used to control the British population.

72% of English people support the return to lockdown, according to a YouGov snap poll. This shows most sound-minded people are able to identify these ideas as the ramblings of various reckless conspiracy theorists, usually confined to the realms of Twitter and Facebook.

It doesn’t retract from the anguish that should be felt as a result of some of the most toxic forms of conspiracy theories permeating into public discourse and impacting our public health. At the time of writing, there are 462 more coronavirus deaths every day, many of these just down the road from these demonstrations. There are those that this is a very small number when compared to the population of Great Britain which currently stands at around 66 million but what these kinds of comments fail to acknowledge is that each of these statistics are members of people’s family whose deaths could have been avoided.

Conspiracy theories regarding the Covid-19 crisis go beyond the ‘martial law’ that we have supposedly been placed under. With two pharmaceutical companies, Pfizer and Moderna currently claiming they have developed vaccines which are 90% and 94.5% effective respectively, discussion has now turned to whether or not we should take this vaccine. A simple search for ‘Covid-19 vaccination conspiracy’ turns up a plethora of conspiracy theories relating to the eventual rollout of the Covid-19 vaccine. What is more troubling is that an international study into the extent to which these conspiracies have permeated into people’s psyches has unearthed some, frankly worrying, results.

The study published by the University of Cambridge, found that 23% of UK citizens believed that Covid-19 was genetically engineered in Wuhan despite there being no evidence for this; and 13% of UK citizens believe that the pandemic was part of a plot to ‘enforce global vaccination’. The study then goes on to talk about the notorious 5G conspiracy, 8% of people interviewed in the UK believe that 5G telephone poles are worsening or causing Covid-19 symptoms. This may seem like a small proportion but that is still 8 out of 100 people that believe people can contract coronavirus from a telephone pole. Make of that what you will.

The Guardian recently reported that 1 in 5 people have decided they will not be getting the vaccine when it becomes available. This is not only dangerous to those individuals but to the nation as a whole. Experts have estimated that around 70% of people will need to be vaccinated or have antibodies against covid-19 in order to maintain herd immunity and prevent further outbreaks. With 20% of people stating they will not be having the vaccine and many people not being able to have the vaccine due to their age, health concerns or other factors, we are coming hazardously close to the 70% threshold.

Besides some of the obvious lessons the pandemic has taught us such as the fact that people are guaranteed to stockpile toilet roll and pasta regardless of how many times the supermarkets state they have enough to go round; the pandemic has also brought to light a worry prevalence of misinformation. I am as big of a fan of some of the weird conspiracy theories such as those about the pyramids, the moon landing or Roswell as the next person, but when these conspiracies risk adversely affecting people’s health – a line has to be drawn. The pandemic of 2020 may not only be looked back on as a time when the world stood still for a year but also the turning point in the fight against ‘fake news’ and misinformation. What do you think?