You are here: Home / Culture / Entertainment / Review / No Time To Die review: ‘Craig Saga’ finale pays homage to its roots and shows us why an aged formula continues to work 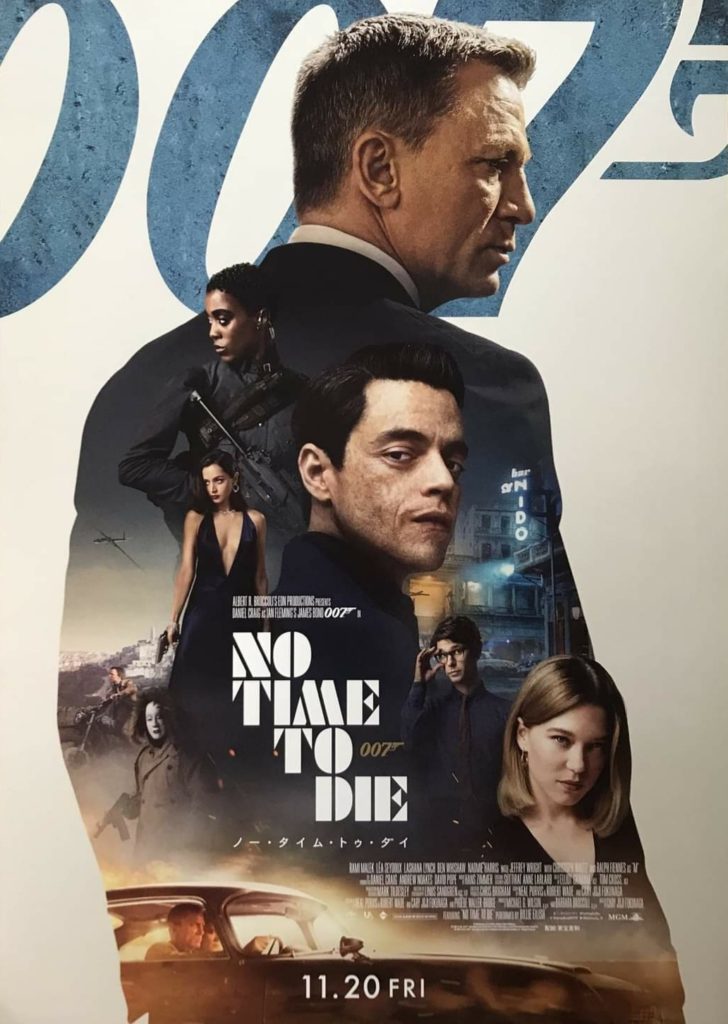 Daniel Craig shoots back to form as the MI6 agent James Bond in his latest, and final, instalment in the ‘Craig saga’ – No Time To Die. Directed by Cary Joji Fukunaga, Craig does an incredible job of further developing the character as we follow the events in the previous movies, showing how age, the lifestyle and loneliness can take its tole over time. That’s not to say Craig, 53, is too old to ‘kick ass’, with the film’s lengthy fight scenes, captivating dialogue and every other iconic ‘Bond-isms’.

The ensemble of supporting actors do well to build an engaging and entertaining movie, with Ana De Armas as Paloma giving an incredible performance during her short lived time on screen.

This movie is currently the most expensive Bond movie to date; with a budget of over $250 million and is the first to use a 65mm IMAX camera to showcase incredible scenes across multiple locations around the world. The film does especially well to pay homage to those before it, returning to its roots of witty one liners, fun gadgets (the classic EMP watch makes a reappearance) and iconic henchmen like many we’ve seen before.

As with all of the Craig 007 movies before it, No Time To Die is cannon in the series; therefore it would help to have some understanding of what led up to this point in the previous movies such as ‘Blofield’ and ‘Spectre’. This will add some weight and depth to the main characters personal development and reasoning for actions in this movie. Returning fans will surely enjoy the two hour and 43 minute long, action packed filled saga finale however, it can be just as easily appreciated by newcomers to the 007 series.

The opening to the movie is a rather extended flashback looking to set up the villain of Safin (Rami Malek), subverting the a high-octane action first scenes seen in the previous instalments of the saga. The change of pace so early on is somewhat jarring but, sets up the ‘second intro’ to the movie pretty well so don’t be too worried.

The film starts with Blofleld now in a high security prison and Spectre seemingly defeated once and for all, giving Bond a chance to look at once again retiring; this time with Madeleine Swann (Lea Seydoux) and leaves his 00 life behind. Now, as fun as it would be to watch a three-hour film of Bond sunning it up in a retirement home, things obviously don’t go quite to plan. Swann’s past catches up to her which throws chaos into an initially calm and tranquil intro into the movie.

“License to kill, history of violence… I could be speaking to my own reflection. Only your skills will die with your body, while mine will survive long after I’m gone.” – Safin

This is where we get our first splash of action and, my how, it doesn’t disappoint. The location, the vehicles, the gadgets, the danger, the stunts, the shock… it’s all there early on. We are even treated to our first (of many) witty lines from Bond, which takes you down memory lane to older 007 movies. The movie does well to give subtle nods here and there to the aged formula, while also retaining a modernised look at the agents, their lifestyles and values we explore today.

Over the course of the film there are copious amounts of characters to get invested into but some of the better performances come from the side characters; with Ana de Armas’s nervous yet humorous Paloma being one of my favourites, and its these intricate new faces that keep the extensive movie feeling fresh and interesting.

Sadly, some the main characters that fall flat, with Malek’s Safin being one of the worst villains portray in a bond movie in a while. His character isn’t nearly fleshed out enough nor do we really have a good insight into his plans or motives for being ‘evil’.

Lashana Lynch does a fine job at bringing her 00 agent Nomi to life with a steadily developing character arc and evolving personality alongside Bond. However, she’s not half as interesting as other characters in company with her. As an introduction to her character its fine, but it lacks anything weighted to invest myself into for future releases.

“The proper function of man is to live, not to exist. I shall not waste my days in trying to prolong them. I shall use my time.” – M

The pace of the film is standard, with very few scenes feeling exhausted of tension or action. But, as with most other Bond films, the plot is just a simple cat and mouse act (one chases the other, then ‘x’ gets captured so ‘x’ chases back etc…) so don’t be expecting anything ground-breaking. It’s stunning locations such as Norway, Italy, the Faroe Islands and Jamaica keeps the next scene feeling fresh and vibrant, also resulting in some beautiful and impressive IMAX shots for the audience to appreciate.

Finally the opening song, performed by Billie Eilish, is a haunting yet beautiful track with a melody that can be heard on various occasions throughout the movie. Hans Zimmer’s operatic team twisting the tune to suit the purpose of the scene, even making an occasional sad lullaby, undertones and adds impact to the experience. There are also trills and sound bites from classic 007 movies thrown in throughout, which again, is a nice feeling of nostalgia and pays homage to the great predecessors.

The film doesn’t disappoint as fans of the action packed 007 movies will surely be left satisfied, and does well as a closure piece for Craig’s rendition of Bond. However, it doesn’t quite hit the high marks of films before it such as Casino Royale (2006) and Skyfall (2012).

A Bearded Critic reviews new releases, old classics, and the occasional video game. Core topics covered include plot progression, character development, overall acting skillsets and comparisons within the wider industry. For more from A Bearded Critic follow @a_bearded_critic and read more of his reviews on aAh!