You are here: Home / Culture / News / Contact Young Company – ‘Everything All of the Time’ review: intimate and intense 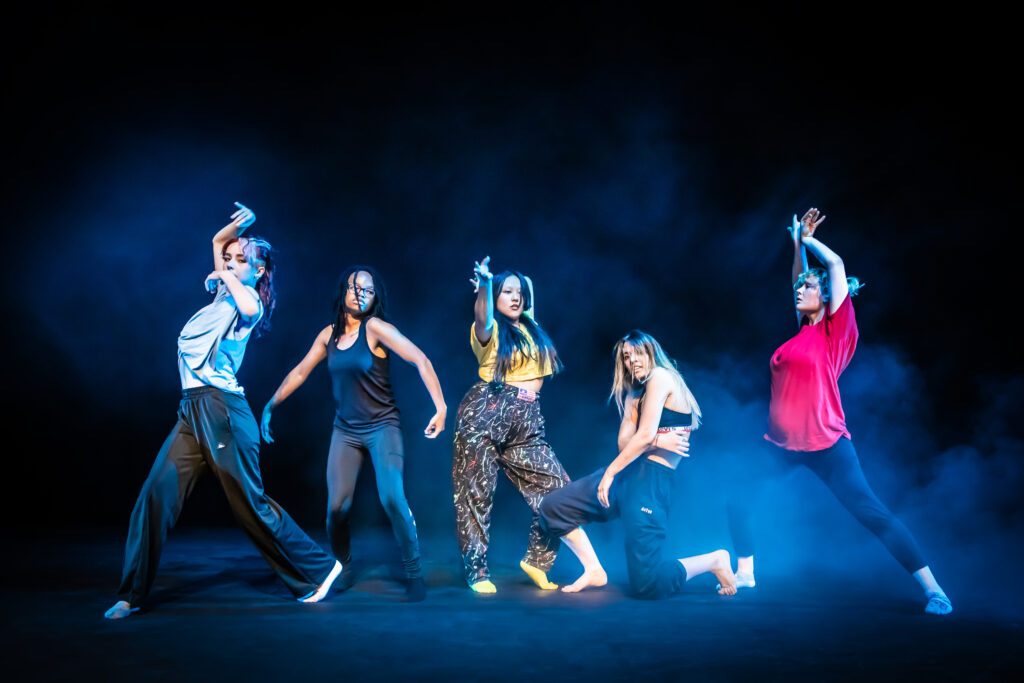 Contact Young Company welcomed Manchester back into their theatre last week with four nights of loud and immersive reflection on the four years since the building was last open.

A lot has happened since then, and the title of the company’s self-devised piece, Everything All of the Time, refers to the overload of stuff today’s young people feel passionate, angry and excited about.

Through movement, CYC, whose ages range from 15 to 25, have responded to the overwhelming emotions that have been spawned from the climate crisis, Brexit, coronavirus, Black Lives Matter, Afghanistan and everything else.

“We’re not addressing the pandemic in any explicit way”, director Matt Fenton stressed during the workshop stage of production. “We’re responding to what the young people are dealing with in their lives.”

Intimate spoken-word pieces provided juxtaposing interludes amongst intense ensemble dance routines. Within the spoken word pieces, themes of love, loss, anger and hope complimented the expressive visuals which dominated the show. As is the nature of interpretive dance, every audience member came out of the theatre with their own unique experience and remembered particular moments which resonated with them most.

A memorable image from the performance was when two men fought for dominance like bulls locking horns, eventually forgiving each other and embracing in a hug.

Light relief came in the form of a charming long list poem which brilliantly summed up the last three years in lightning speed – allowing the audience to reminisce and laugh together.

The commitment shown from each cast member was perhaps the most impressive aspect of the performance. The group have more than re-payed the trust Contact has put in them to re-open the theatre after original plans to welcome audiences back were delayed by the pandemic.

But it shouldn’t come as a surprise. Matt Fenton said during the devising process: “Young people are the most important people in the building. They get the best resources, the big space, the best equipment and the most time.”

CYC member Ben Hendrick heaped praise on to the theatre for making it so easy for him to feel comfortable in the space. He also expressed how it feels to resume creative life after lockdown and said: “It’s super exciting to be back making connections with young creatives from a range of backgrounds.”

Ben also said that although the group were quite hesitant and polite in the first few days, it didn’t take long for them to feel comfortable in each other’s space, adding: “We quickly got over that soft approach and got knee deep in it and had such a good time. I can definitely see us coming together again to make something.”

When asked about the future of CYC, Matt Fenton shared his aspirations of growing the company’s national profile and taking previous shows on tour around the country and abroad.

On the evidence the class of 2021 have provided, the sky is the limit for this group of young creatives. Everything All of the Time showcases the incredible talent of young people in Manchester and the potential that can be unlocked if they’re only given the space to create.