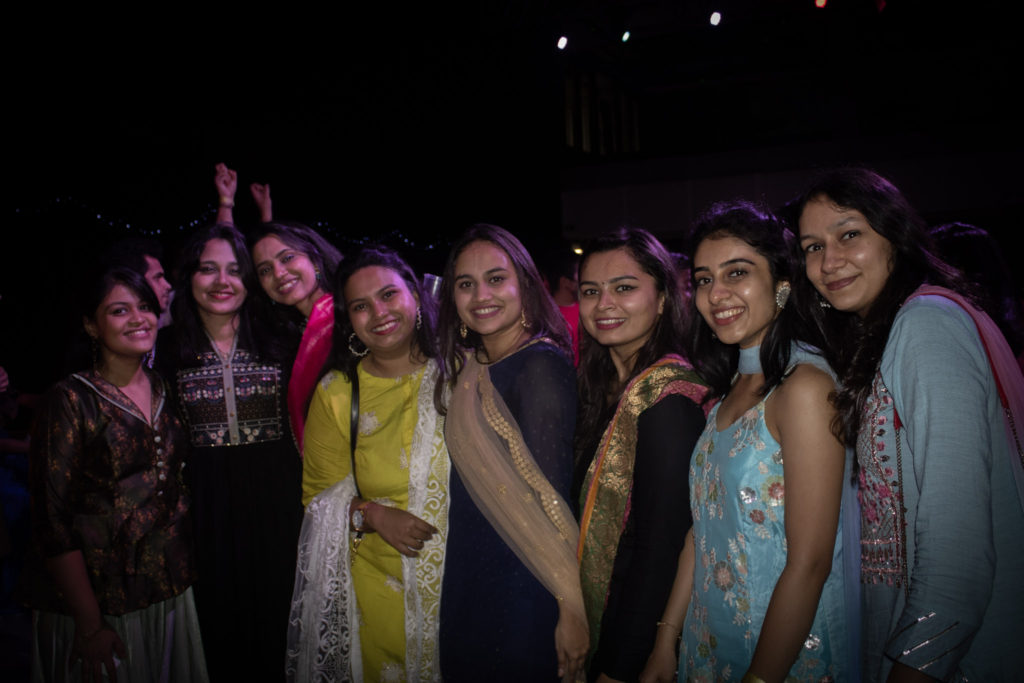 The Union’s International Student Group welcomed 150 attendees to its ‘Roshni’ cultural extravaganza to celebrate Diwali – the ‘Festival of Lights’.

Featuring a DJ, student performers, food, photo booths and henna all under one roof, the event was presented by Manchester Metropolitan University’s International student group in collaboration with The Indian Way society.

This festival is one of the most popular festivals in India, celebrated every year by bursting firecrackers, lighting lamps or ‘diyas’.

Performing at the event was DJ Sanj aka Desifusion, a popular name in Manchester known for his Indian and Punjabi fusion mixes, as well as 14 student performers who presented their unique talents ranging from dancing to poetry writing.

Paying tribute to the efforts of the organisers, Maria said: “There were many factors to consider while planning this event as it was about a culture, but it also was to promote awareness about it. So, getting the details right was an absolute necessity for the organisers. This is where the collaboration with ‘The Indian way’ society felt very natural and important.”

The event was a spectacular display of the Indian culture and brought people together from different countries, cultures and academic backgrounds to socialise and “create new friendships and make unforgettable memories”.

Asked what else was next on the agenda for the social programme, Maria said: “As the students danced carefree, the organisers were delighted and reassured that students went home culturally enriched with big smiles and one request: to have more of these events.”

You can join the MMU International Student Group on Facebook to find out about the latest events.