You are here: Home / Culture / Music / News / IDLES: Crawler album review – a shift away from the pop chorus towards meandering tales of vulnerability 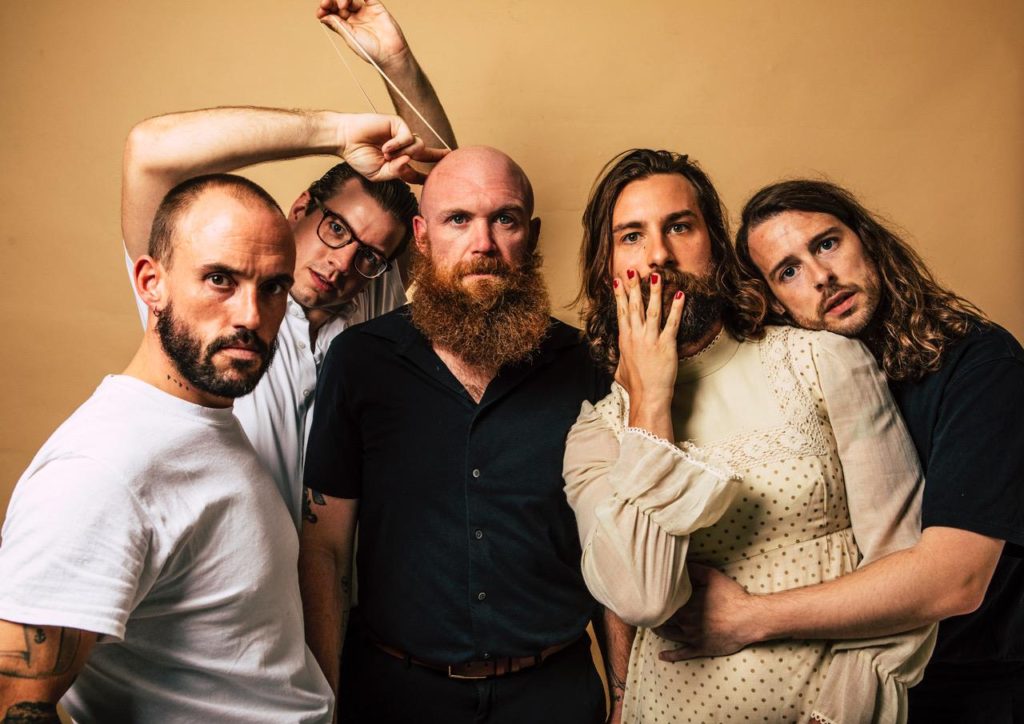 Since their debut Brutalism in 2017, IDLES have reigned as the most popular punk band in Britain. Counting the live album in 2019, IDLES’ most recent effort will be their fifth album. It’s at this point with most bands when the midlife crisis sets in and desperate bids to reinvent themselves start to manifest. Crawler may be such an endeavour, but it’s a triumphant one at that. A fine balance between retaining the intrinsic DNA of IDLES and progressing to a more mature sound is impressively struck.

Crawler could be a disappointment to the IDLES purist looking for a continuation of the same tried and tested formula, but the band doesn’t completely abandon their signature style. Joe Talbort’s humorous lyrics give much needed comedy between the tragedy of the front man’s personal stories. However, none of the tracks really pop out as memorable anthems to sing along to like so many of the songs on the band’s most celebrated album, Joy as an Act Of Resistance. There’s a noticeable shift away from the pop chorus towards meandering tales of vulnerability.

If there is one song that fans will add to their party playlists, it’s sure to be ‘Car Crash’, a volatile string of energy which initiates the listener from the outset, its piercing intro leaving your ears ringing. But again, this isn’t your standard ‘verse-chorus-verse-chorus-bridge-double chorus’ song. Its linear structure is aided by its pulsating instrumental.

Another highlight of the album is the aptly named ‘Progress’ which abandons the spirit of any IDLES song that came before and is bookended by the short interludes ‘Kelechi’ and ‘Whizz’. ‘Progress’ is a melancholic lullaby, the intro marked by a cute finger picking guitar sequence as opposed to the usual discordant thundering. Talbot’s voice is soaked with reverb and delay, creating a disorientating soundscape.

No matter what direction IDLES take after Crawler we can be sure of one thing. Joe Talbort’s vocal delivery will always be the band’s greatest asset. Charismatic and vulnerable in equal measure, Talbort’s is a voice which demands to be heard.

IDLES will be on tour in support of the new album next year but all three Manchester dates have SOLD OUT. There’s still a few left for one of the London shows but be quick! IDLES are also confirmed to be playing at 2000 Trees Festival and Creation Day Festival in 2022.