You are here: Home / Lifestyle / On a Budget: Healthy eating for one 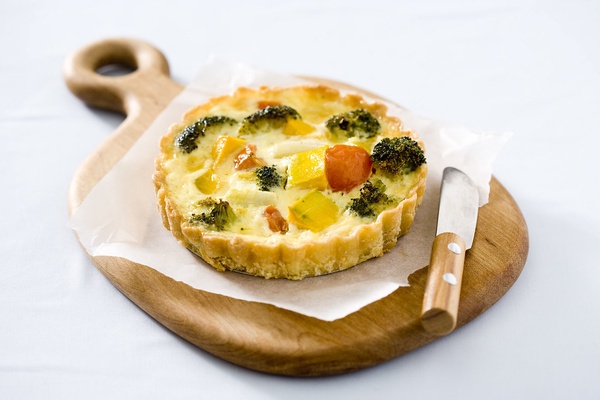 Kit Bell advises on how to cook a range of healthy and balanced meals, in a convenient way that could save you time and money. Including a recipe that will become a staple in your weekly meals.

‘Healthy’ is a broad term and the meaning is often misunderstood - especially when it comes to food. We tend to confuse ‘healthy’ with other buzzwords: ’low-calorie’, ‘organic’ or ’all-natural’. Most of us want to eat a better diet, but the downfall of the word ‘healthy’ is that advertising has caused it to lose its’ meaning. If we’re going to eat well, we need one key thing: balance.

A balanced diet is one that contains all the food groups – fruit and vegetables, starchy foods, dairy, protein, and fat. Everyone’s body is different, but there are some guidelines to help you.

Ways to Work on a Budget

One of the biggest obstacles to a balanced diet is budget. Most health-food products are incredibly expensive, and many online recipes require ingredients that wouldn’t usually be on our shopping lists.

Here are a few tricks to keep to your budget:

Ways to conquer Cooking for One

Another issue for students trying to eat healthily is that they’re usually only cooking for one. Most recipes cook for several people, so unless they’ve got the same taste as their housemates, there’s a lot of ingredient-division.

Trying to cook for one is not only more difficult, but more expensive. Only cooking singular portions means missing out on bulk-buying deals in supermarkets.

The key here is batch cooking. Invest in some freezer and microwave safe containers to get yourself started. When you’re planning meals, see if any ingredients can be doubled up, such as using leftover roast chicken in sandwiches or salads.

It’s always a good idea to have some recipes up your sleeve, especially if they can be incorporated into multiple meals.

Learning how to cook with mince is a great idea, as this can be used for spaghetti bolognaise, chile con carne, or a shepherd’s pie.

Here is an easy and versatile recipe using mince…

(Note – this recipe creates two portions, so freeze half or keep it in the fridge to reheat the next day)

Fry half a diced onion in a large saucepan with your cooking spray, and feel free to add garlic.

Add your mince – try choosing leaner packs with a lower fat percentage or go for vegetarian alternatives like Quorn.

Crumble in a seasoning cube, such as OXO, and you’re good to go!

This can then be simmered with a tin of tomatoes and paired with spaghetti for a simple bolognese or topped with mashed potatoes for a shepherd’s pie.

There are hundreds of student cookbooks available, but if you’re really sticking to the budget, try the free NHS Easy Meals app  or websites like BBC Good Food.