You are here: Home / Art / Culture / Film / Interview / Interview: Eve Riddle on touch as a form of survival in her tender and true claymation ‘Without Touch’ 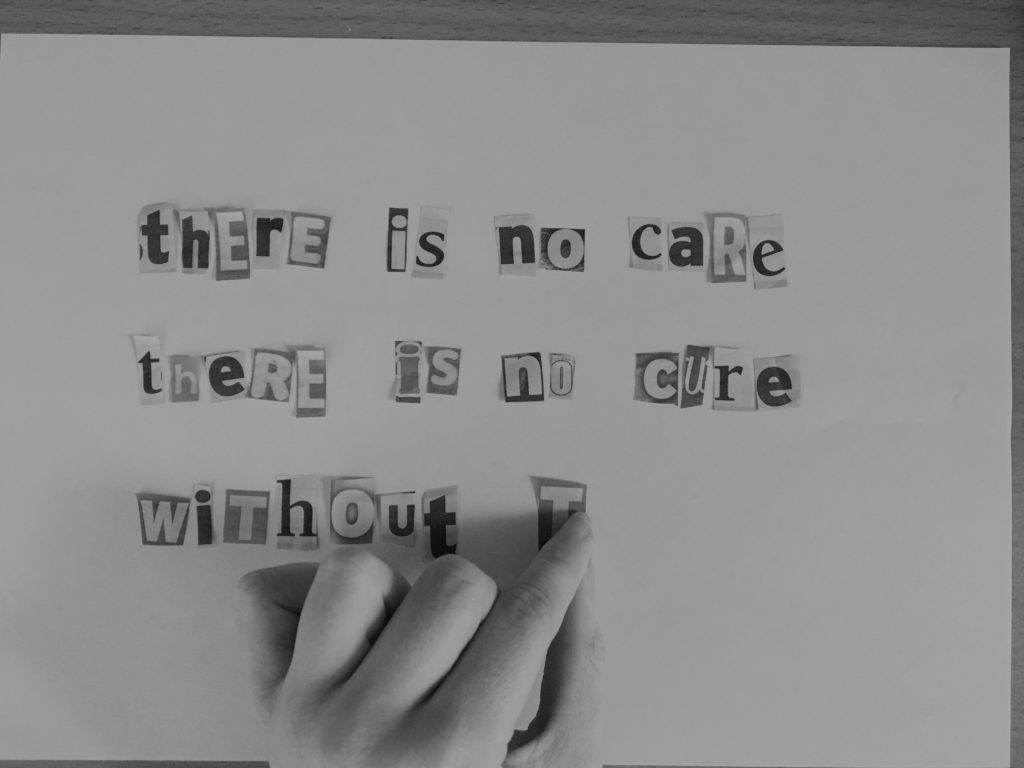 Eve Riddle underlines the importance of physical contact in the human condition and this is why her short animated film, Without Touch, will still be powerful in ten years’ time. Without Touch may not reference the pandemic directly, but tells a story we can all relate to and understand during lockdown.

In her second year of Animation with Illustration at Manchester Metropolitan University, Eve has found her medium: clay. However, in Without Touch, she challenges herself with other techniques such as charcoal.

aAh! Magazine catches up with Eve to talk about the importance of physical contact and the problems which arise when it becomes taboo.

Hi Eve, can you say more about what touch means to you? Is it physical, emotional or both?

“Before the pandemic, I could hug my friends, my boyfriend, and my family. Now, many university students are trapped in places we’ve never been before with people we don’t know. I think many of us are very starved of touch and affection, so this was an important theme to highlight in the film. Touch is something everyone misses, but conversation too, so the words are also important in the film. I don’t do loads of talking here at university, we’ve become quite isolated even among our own households.”

Near the end of your film, there is a quote you include about touch being taboo. What do you mean by this?

“The quotes in the film aren’t my own, they were spliced from an essay about how the pandemic has affected society and how we may become very withdrawn. But I find it crazy how being close to each other is now unlawful and taboo in society. For example, how crowds were banned at the Sarah Everard vigils. When everything reopens, I worry this taboo around physical touch is going to remain. It scares me a bit. I stay away from mentioning the pandemic in my film, however. Saying “COVID” makes everyone go, ‘Nooo!’.”

In terms of mediums you use, do you often work with clay and charcoal?

“I’m very interested in claymation. The clay I used for this project doesn’t dry and I filmed it with a tripod above my arm, lying flat on the floor, pressing the clay in different ways. It would’ve been so much easier if I had someone else doing the camera for me. The finished result was quite jittery, but for how difficult the process was, I think it worked out okay. I’ve only used charcoal in this project because it’s a fast way of creating something; you don’t have to make lots of different frames with charcoal, it’s just on one piece of paper. I also like to try and explore other mediums in every project rather than just doing claymation. I don’t want that to limit me, so I hope to use charcoal again in the future.”

Do you have favourite illustrators or animators who also work with clay?

“Jan Švankmajer. He’s a Czech animator who does surrealist films and often works with clay. One project he’s done is called The Flat. It’s brilliant. It’s about a man in a flat where nothing makes any sense. He tries to eat some soup but the spoon has holes in it. Then he sits in a chair but the chair sinks into the ground. Then he puts his hand into the wall and can’t get it out. It’s fun, but also quite dark in places.”

Is dark comedy a genre you like to explore?

“Yes, I’m into dark comedy and combining moods. I also think humour is important at the moment because it makes things easier to deal with. If you make fun of something, it can’t harm you. I also like playing around with different possibilities in animation. When you go down a dark path into surrealist imagination, you come up with all sorts of weird ideas to put onto paper and into film.”

The reference to The Zoots and David Bowie in the audio is funny and adds emotional authenticity. Does audio play a big part in your animations?

“Initially, I was going to take out that audio, but I thought it was funny so kept it in. The banter you have in an intimate moment can be really stupid. At first, I didn’t pay attention to audio in my animations and I thought of it at the last minute, but I’ve realised it does have huge importance. I’m not very skilled at making “proper” music, however. I mainly use subtle or ambient sounds in the background, but I really want to get into making weird electronic mixes or try and collaborate with someone, that would be cool.”

What has been the most challenging part of this project?

“I would say the lack of equipment and studio space. It takes a lot of time to edit every single frame at home. I have to cut them out myself and edit them on my computer. At uni they give you all the pre-cut frames, so you can draw on them scan them through with a machine which makes it automatically into a film, but I haven’t had access to that. Challenges like these can make you think outside the box. I’d never have used charcoal if I had the equipment I needed; I probably would’ve done something else.”

Where do you want to take your work in the future?

“I would love to be an animator and make my own films. That’s the dream. Or I’d like to be part of a big film or set in a big studio. I’m trying to get as much experience as possible so that I can get to that point. I signed up for a 12-week programme with Aardman animations. It’s one day a week and they give you all the equipment and some lectures. I lean more towards animation. Nearly every project I’ve done so far I’ve gone down the film route, but I create doodles and cartoons, so something could come from that too.”

Follow Eve on her social media to keep up with her latest: