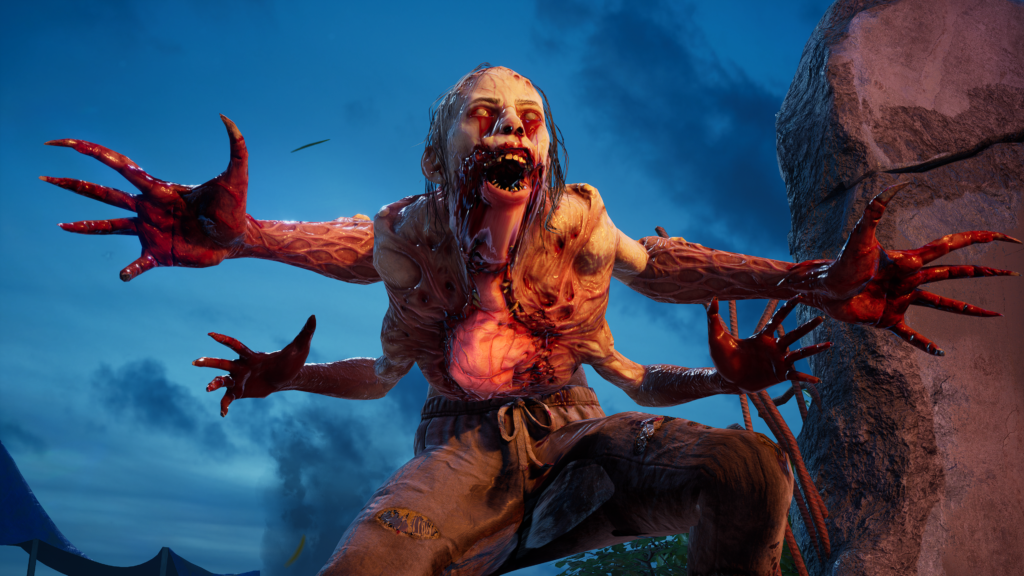 Moments often feel more like scenes from a zombie movie than that of a video game, writes A Bearded Critic

Back 4 Blood (2021) is a multiplayer cooperative horror shooter with a fun, game-altering, card system. Available for current consoles (PS4 & 5, PC and the Xbox Series), B4B is an indirect sequel to the hugely popular Left 4 Dead (2008) series from a previous decade of zombie shooters.

Featuring stunning graphics, interesting characters and a whole range of new enemy types to shoot, slice and explode, B4B impresses both new and returning fans with a fresh game changing mechanic known as ‘Decks’. It’s this new twist, on an already near-perfect series, that sets B4B up as yet another zombie classic in the gaming industry for years to come.

Back in 2008; when developers, such as Activision were only just starting to delve into the realm of the undead in their video games, one team had managed to create something special with Left4Dead. Developed and published by Valve South (who went on to become Turtle Rock Studios in 2002), L4D was an instant cult classic. Its 8 person ‘player vs player’ gameplay mechanics and challenging 4 player co-operative campaigns… This led to Valve’s equally popular Left 4 Dead 2 (2009), which despite being developed by an entirely new team still managed to encapsulate the fun of the first.

Ten years later, the original team returned to the genre and created something that somehow feels both exciting and new yet maintains enough of the structure which previous fans will remember and love. Playable characters, known as ‘Cleaners’, fight off against waves of undead foe and it’s the sheer amount that can swarm you that really shows just how impressive the game is. Moments often feel more like scenes from a zombie movie than that of a video game.

“It’s really dangerous and I could possibly die? Well, sign me up!” – Holly

B4B includes advanced AI enemies that prevent you from progressing a level at a leisurely pace. Enemies with varied special attacks such as ‘The Stinger’ which binds the player on impact by firing projectiles or ‘The Reeker’, which spits bile, inhabiting your vision and attracting more ‘Ridden’ to your area. Weapons include pistols, shotguns, machine guns and melee-based weaponry all of which are littered across the in-game streets; each with expansive attachment opportunities to better improve distance, damage and mobility.

The game runs with the same formula seen in L4D with several ‘acts’ (four in total at launch) each split into around seven or eight subchapters, varying in gameplay length. It’s this level breakdown that keeps the initial 12 hours (roughly) gameplay feeling new from start to finish. Level locations range from abandoned hotel buildings and rooftops to a lakeside dock littered with banked boats and cruise ships.

The new ‘Deck’ system allows players to draw and edit the game to suit their style of play. Digital cards such as faster reload speed will be better for those wishing to use shotguns for example, or faster healing for those worried about keeping themselves alive. There are also some more detailed cards such as ‘no friendly fire whilst crouched with LMG’ which will undoubtedly be more useful for those playing on the higher difficulties. No two players get the same card from each deck so it’s a matter of replaying levels to build up points to buy/unlock more cards.

As well as playing offline with three computer-controlled players or online with up to three of your friends, you can also opt to control a special Ridden in the game mode ‘Swarm’. This sees players fight as one of the undead against online combatants in a timed, best of three, game of “stay alive the longest”. Each team takes turns playing as either the human cleaners or the undead ridden and must lengthen or shorten the opposition’s time alive. There’s nothing more satisfying than stopping a team of ‘Cleaners’ from beating your team’s time with a well-timed group attack. Similar to how the living needs to coordinate safe and reliable methods to stay alive for as long as possible; the team of special ridden must work together and set up traps in order to win as many rounds as possible.

When a game has such a cult following as L4D, it’s always going to be hard to improve upon and still manage to capture the essence of the original, however Turtle Rock Studios have managed to do just that. It’s the same style of game as L4D, provides the same amount of endless fun with your friends but has just enough new ideas to be able to stand out as an improvement overall.