You are here: Home / Culture / News / Sport / Dialogues on International Matters: Qatar and the controversy of the 2022 FIFA World Cup 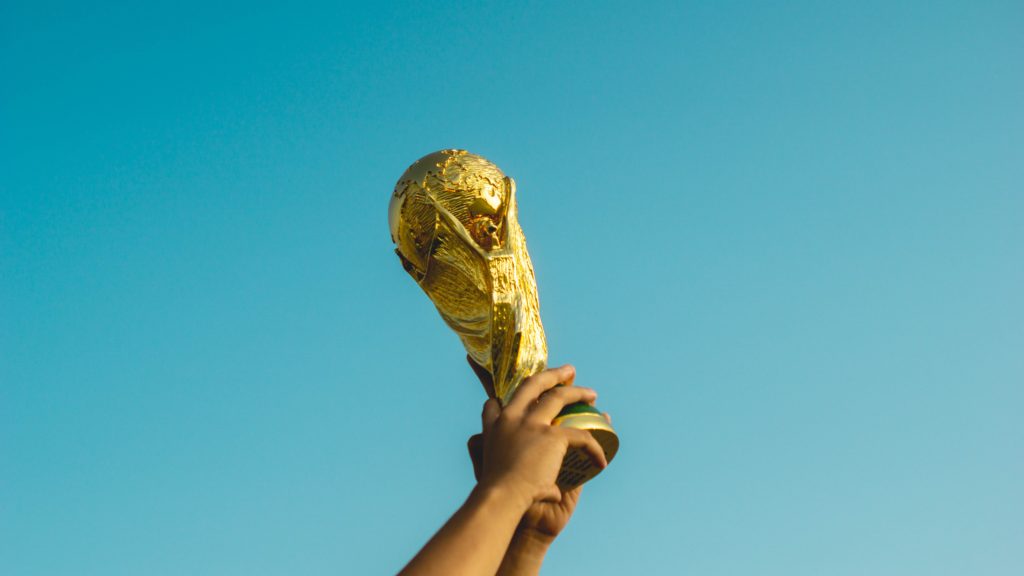 Manchester Metropolitan University’s Dialogues on International Matters series continued with a discussion on Qatar and the controversy surrounding its hosting of the forthcoming 2022 FIFA World Cup.

The Dialogues on International Matters programme invites staff, alumni and students to take part in the series online lecture events, Q&As and workshops, as part of the Rise programme. The objective of the series is “to connect global voices and perspectives from diverse disciplines and practices,” said international project assistant Sara Merkaj.

The events are designed to encourage ‘reflection, meaningful debates and discussions; and gives voice to different perspectives’ and give participants a valuable insight into global perspectives on the topics.

The talk was hosted by Manchester Met’s Dr Paul Michael Brannagan, a political sociologist specialising in the study of sport. Dr Brannagan was joined by Dr Danyel Reiche from Georgetown University, Qatar, who leads a research initiative on the FIFA World Cup 2022.

Discussing their forthcoming book on Qatar, Dr Brannagan and Dr Reiche led a critical discussion around the motives behind Qatar’s decision to host a World Cup, the underlying reasons underpinning the critical scrutiny the 2022 World Cup has endured, and what to expect leading up to 2022.

The event began with Dr Paul Brannagan outlining the economic status of Qatar and its demographic as a country. Qatar is one of the richest countries in the Middle East and is ruled as a monarchy state. The country was awarded the World Cup in 2010, becoming the first in the Middle East to host the event.

“This is a real triumph for Qatar. It beat off its much larger competitors such as the US, Australia and Japan,” said Brannagan.

“Qatar has dedicated in the region of 137 billion towards the world cup. Which is around 500 million dollars per week.”

He added: “It has not come without its international critique.”

The Guardian reported earlier this year that 6,500 migrant workers had been killed in Qatar. Those killed, are believed to have died as a result of working without equipment, and having no safety measures in place.

Posed with the question of why does a country of Qatar’s size want to stage an event of this capacity, Dr Reiche said: “The world cup serves as a development tool, for Qatar it has only been an independent country since the 1970s.

“These events can be used to bring countries more in line with international value in terms of human rights and politics.”

The discussion then opened up a Q&A with participants, who asked if the World Cup could be moved due to Qatar’s human rights history.

Dr Reiche said: “Qatar has built the stadiums if FIFA moved the event there would be massive compensation involved. It is not the first controversial international sporting event.”

“Does an event like this contribute to social change, I think it always depends on the context. There was no social change seen in China or Russia. Howvever Qatar is a much younger country.”

The discussion moved to examining the Eurocentric nature of Fifa.

Earlier this year, FIFA announced the now-scrapped European Super League, which was deemed as a way to exploit fans financially.

Qatar, Global Sport and the 2022 Fifa World Cup, is set to be realised later this year.