You are here: Home / Culture / Music / Review / Architects – ‘For Those That Wish To Exist’ review: Another step of evolution from one of Britain’s brightest stars 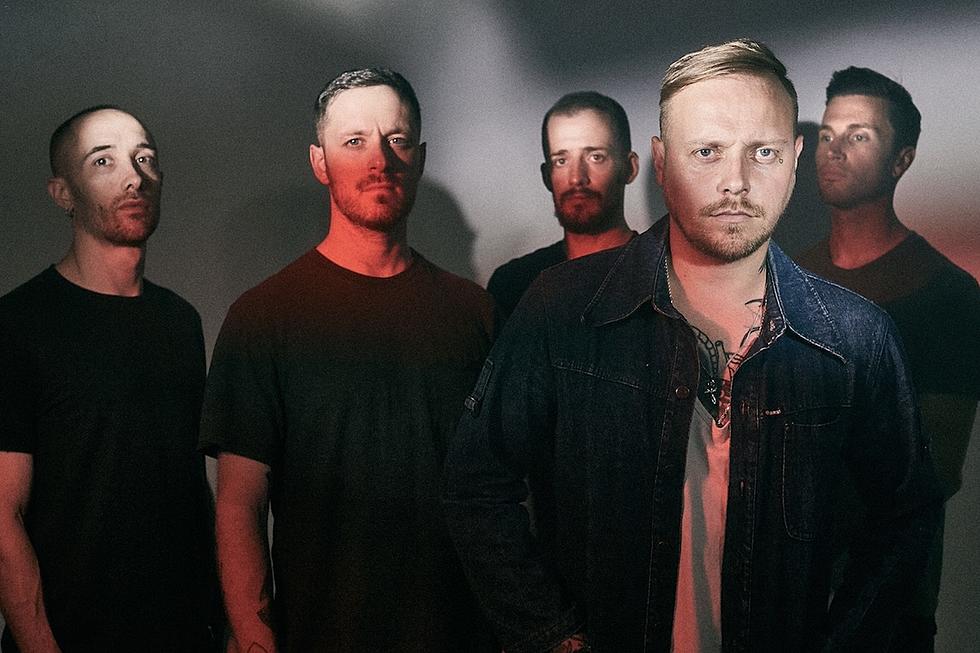 For Those That Wish To Exist, is the chart-topping, ninth studio record from Brighton Metalcore outfit, Architects, written without contributions from the late guitarist Tom Searle, who passed away in 2016 after a battle with skin cancer. Released on February 26th, 2021, this album marks a shift from the technical approach of the last few albums and sees them spreading their wings and moving into more melodically expansive territories with great success.

Self-produced and mixed by Zakk Cervini, this record was written in contemplation of the ongoing climate crisis and the ecological questions that face us in the near future. While they have always been a socially conscious band, the events of the past few years, with activists like Greta Thunberg shining a light on the environmental dangers that face us, have only served to accelerate anxieties. As drummer Dan Searle summarized: “This album was me looking at our inability to change to a way of life that would sustain the human race and save the planet,”

Clocking in under an hour and with 15 songs on the tracklist, this is the group’s longest release to date and covers a lot of ground. Starting off with ‘Do You Dream Of Armageddon?’ and moving into ‘Black Lungs’, the slow build of electronics and orchestral elements into big bendy riffs sets the pace and doesn’t let up. Continuing with ‘Giving Blood’, the relentlessness continues and the tone of the opening segment would be the perfect intro for live shows when they return.

While not entirely a sonic revolution, there are comparisons to be made with their peers in Bring Me The Horizon. There is a bigger interest in ambiance and cinematic quality in these songs, and an increase in synths that help achieve their goals.

The ratio of singing to screaming is geared towards the former and gives singer Sam Carter the chance to show off his incredibly rich voice. The variety of soundscapes are set up to showcase his versatile range and his performances on songs like ‘An Ordinary Extinction’ are to be marveled at. This isn’t done entirely at the expense of heaviness, with the brutality of ‘Discourse Is Dead’ surely destined to be a fan favorite and constant pit generator.

While there’s a lot of energy on tap and the opening salvo packs a punch, the constant wall of sound can make it quite an exhausting listen. For the uninitiated, it may be best to break this up into movements that may make it easier to digest. ‘Flying Without Feathers’ comes at the halfway point, and its dream-pop sounds provide ample rest before we get back to the main programming.

Their singles, ‘Animals’, ‘Dead Butterflies’ and ‘Meteor’, preceded the album’s release, and each showcases a different string from their bow. The glitchy, buzz saw riffs in ‘Animals’ are reminiscent of industrial artists like Rammstein. The gorgeous ‘Dead Butterflies’ takes the loud/soft dynamics to extremes with the quieter sections allowing the band the space to brood while the orchestra shines brightly and bursts forward in the choruses. ‘Meteor’ explores themes of inaction and indecision in an ever-quickening world.

There are several guests on this record, and while their parts are small, they’re in no way insignificant. Winston McCall of Parkway Drive shows up on ‘Impermanence’ and provides brutal screams as its breakdown descends into a chaos. Mike Kerr of Royal Blood pops up on ‘Little Wonder’s second verse as a counterpoint to Sam’s vocals in a song that deals with those that live in denial of Earth’s future challenges, while Simon Neil of Biffy Clyro is let loose amongst the Gojira-styled ‘Goliath’ to devastating effect.

The record closes with ‘Demi God’ and ‘Dying Is Absolutely Safe’ by toying with Radiohead and cinematic influences and then stripping away the bombast to finish us on a sobering tone with acoustic guitars and a Disney-like crescendo.

Now that they’ve graduated to bigger rooms and arenas, Architects have once again set the trend with another album that will undoubtedly influence the scene for years to come. While there’s a lot to listen to, there’s plenty to uncover and more to discover with every new listen. Another step of evolution from one of Britain’s brightest stars.

For Those That Wish To Exist is available to stream on all formats, you can find it here.