You are here: Home / Culture / Music / Review / Album review: ‘Mother’ by In This Moment 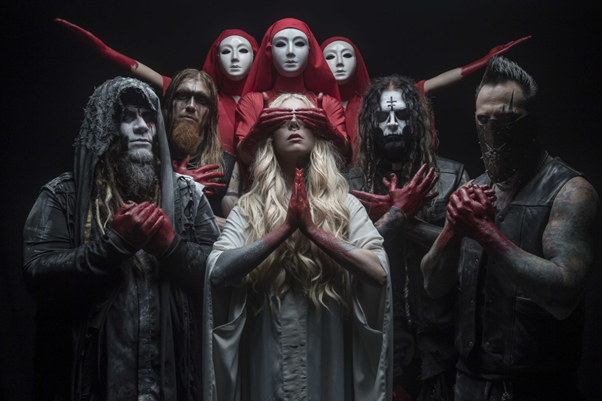 “I am the god and the devil around you…” whispers the opening track of Mother. The scale and ambition of In This Moment’s latest album are clear from the outset. Tackling dark themes of trauma and the occult, the record flows from mature emotive ballads to crushing heavy metal. Mother brings the metalcore of old school In This Moment to the modern age. The instrumentals blend classic metal with gothic choral elements to create a truly blasphemous triumph of a record. Frontwoman Maria Brink’s vocals are the centrepiece of the tracks, as she moves effortlessly between raw screams on The In-Between to soaring belted notes on Born In Flames. The album also includes an all-star cover of Queen’s We Will Rock You, featuring Lzzy Hale (Halestorm) and Taylor Momsen (The Pretty Reckless) alongside Brink.

In This Moment has always been a band with daring aesthetics. Religious imagery has long gone hand-in-hand with heavy music, with bands such as Black Sabbath, Ghost, and Polish black metallers Batushka all incorporating it (to name a few). But when albums like Mother carry this much power and pomp, it makes complete sense. The band has woven divinity, sin, and damnation into an intensely personal and emotional story about family and trauma. When live touring can resume, In This Moment promises fans a true spectacle with all the drama and production that this record deserves. And I for one, cannot wait to see it.

In This Moment’s album, Mother, was released on March 27th 2020 through Atlantic.

Keep up with In This Moment: