You are here: Home / Art / Creative / Culture / The show must go on: Journeys Festival International goes digital in the wake of the coronavirus pandemic 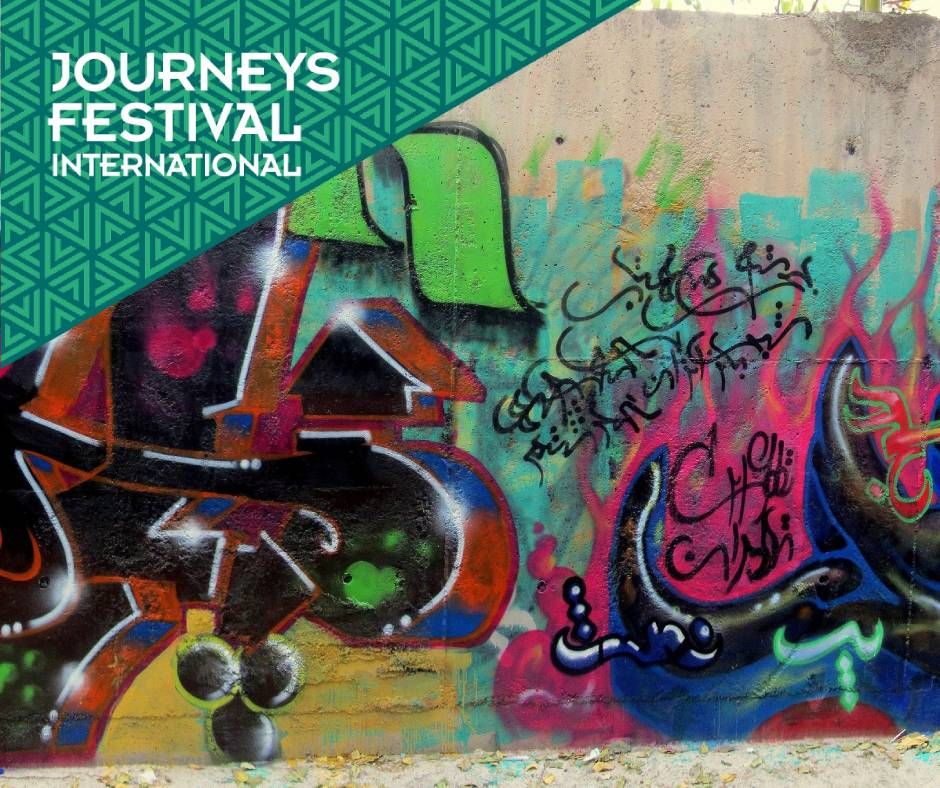 “People across the country have been able to see the issues that people face when they flee war and torture. The festival allows us to celebrate their work and culture and give those who are a little bit under the radar in this country a voice.”

These are the words of Dan Williamson, producer for ArtReach and one of the people responsible for making this year’s Journeys Festival International possible, albeit a little differently than usual.

Journeys Festival International has been a staple on the UK’s arts scene since 2012. The event’s objective is to explore “the refugee experience and global cultures through artistic and creative encounters”.

Although it originated in Leicester, the festival has since grown to include Manchester and Portsmouth.

Typically, each location would host an array of events for the general public to enjoy, however due to the current COVID-19 pandemic, the cities decided to join forces to explore a new format – a fully online, digital festival.

“It was a choice between not doing anything for the year and furloughing most of the staff or taking a little bit more of a proactive approach and give it a go doing something differently. We were imagining doing something slightly smaller, but then it grew,” said Dan.

Having taken place between September 28th and October 18th, www.journeysfestival.com held up to fifteen online events per week, making use of video links, live-streaming workshops and immersive virtual experiences.

Over the festival’s run, a new theme was explored each week in the form of chapters, these being: “The World We Live In”, “How We See the World” and “Hope and Celebration”.

Though being unable to showcase the artist’s hard work in person is disappointing for those involved, this year’s online festival has meant that the audience reach is greater than ever. Rather than being required to attend in-person, people could tune in to the events from the comfort of their own home, and even watch them again if they missed it.

This new online experience has also meant that more people than ever before have experienced Journeys Festival International.

“I’m very pleased that we’ve broken down geographical barriers within the country and also beyond. Usually we’d be focused on a local audience and work hard for people to come along in person, but because of the broader digital reach, we’ve been able to combine all of our audiences and it’s been easier to reach more people,” Dan added.

A number of Manchester-based artists were featured in this year’s line-up, which included Ghanaian and Italian singer, VIVI and Algerian-born, Kuwait-raised artist, Youcef Hadjazi. VIVI gave a digital concert, singing passionately about believing in yourself, being in love and overcoming tough times, whilst Youcef helped create a stimulating ‘zine’ about queer migrant journeys.

Another featured artist was Iran-born Parham Ghalamdar, who is an MA student with the Manchester School of Art. His exhibition, ‘Graffiti, Art and Protest in Iran’, saw Parham recall his time spent with the infamous graffiti crew: ELF and how street art was perceived in his hometown of Tehran.

“The art scene in Iran is either sponsored by the State and functions as propaganda or it’s privatised, commercialised and capitalised and is just supposed to make money. The independent, serious academic art scene is so marginalised, badly funded and dysfunctional that it’s basically in the closet,” revealed Parham.

Though Parham specialises in oil painting, as a teenager in Iran he painted graffiti on the walls of the water channel to express himself artistically and to contrast with the city’s oppressive architecture.

For Journey’s Festival International, you can take a virtual walk through the water channel, taking the time to observe the graffiti whilst learning more information about Parham along the way.

“It was interesting to resurrect a place and hold it up on the internet, especially with things becoming more and more troublesome in Iran. It was important to me to revisit that archive, reinterpret it, resurrect it, manipulate it, play around with it, and VR was the best way to explore that,” said Parham.

For people like Parham, festivals like this are not only a wonderful opportunity to showcase their work, but to also prove that you can relocate somewhere totally new, lay down your own roots and thrive.

Parham added: “Having these platforms to work with and being given a voice gives this perspective that you can do a lot outside of your home country as well, you can be a citizen of the Earth. A lot of these things that we think are our identities are just built around us to divide people”.

The modern technologies and social platforms at our disposal have meant that these artists have not been silenced by COVID-19 and were able to captivate large audiences with their stories and creations.

Had the pandemic happened ten years ago, this almost certainly would not have been the case as the technology of that time was not as advanced. Yes, it’s clear to all involved that technology saved the day.