You are here: Home / Lifestyle / The Problem With Period Poverty 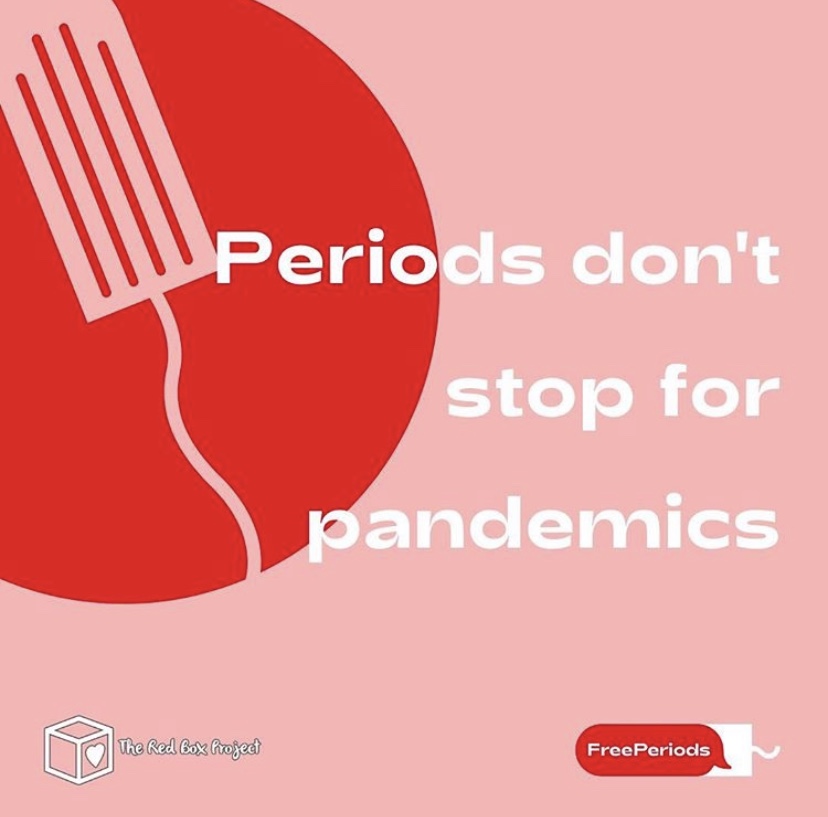 Britain in 2020. Over 14 million people are living in poverty and struggling to make ends meet. A problem that contributes to this statistic is period poverty. Period poverty is defined as being unable to access sanitary products and having poor knowledge of menstruation often due to financial constraints.

With one in ten girls between the ages of 14 and 21-years-old stating that they have been unable to afford sanitary products at some point in their life and over a quarter of women missing work or school because of their period, the problem in the UK is a lot bigger than most people might first think.

Charities across the country are helping in the fight to combat period poverty, including Every Month a Manchester-based charity tackling the problem across Greater Manchester.

Speaking to Isobel Southgate, a volunteer with the charity, about their background, she said: “It all started from our founders Rosy’s mum’s living room in 2016, she would make period packs and give them to her local foodbanks. She soon realised how severe period poverty was in Greater Manchester and made every month even bigger.

“By July 2019 Every Month became a registered charity! We have over 80 volunteers and a group of trustees. Most volunteers are students or have full-time jobs, so do Every Month alongside that.”

The team at Every Month create around 800 packs of menstrual products a month to be distributed to food banks and other services to reach those living in poverty across Greater Manchester. These packs include applicator and non-applicator tampons, pads and a bar of chocolate.

Due to the current Covid-19 pandemic, the whole country is on lockdown. But period poverty is most definitely not. Isobel illustrated the strain that Every Month is feeling due to the global crisis.

“Covid-19 has so many negative effects on small charities like us. People’s fundraising events have been cancelled and people can no longer collect donations for us anymore. But a few good things have come out of it, we held a virtual quiz the other night and we raised over £500 which was just amazing.

“People are being so kind at the moment and donating to us which is so important because so many more people are being pushed into poverty due to sickness, insecure work and businesses closing and laying people off.”

In spite of the negative impact that Covid-19 is having on organisations such as Every Month, they ensure they are working harder than ever to distribute their packs to those that need them.

Isobel explained: “We have a few volunteers who will be safely making the packs at home and distributing them to food banks and other services, so people will still get what they need! Period poverty doesn’t stop during a pandemic, so we won’t either.”

At the beginning of April, the Department for Education announced that its free period products scheme will continue throughout the pandemic. This scheme is in place for schools and colleges to apply for free period products for their students and charities are urging that these institutions continue placing orders for this and take the right steps to ensure the products are made available in the safest way possible.

Steps are being taken by the British government to help tackle period poverty. In February 2020, the Scottish government announced that it would become the first nation in the world to provide free menstrual products at designated public places such as youth clubs, community centres, and pharmacies.

In March 2020, Chancellor Rishi Sunak announced that the 5% Tampon Tax that is placed on menstrual products will be scrapped at the end of the year across the country but did not mention any plans to provide free products to those in need.

Despite there being some progress made in the fight against period poverty, some may argue that it is still not enough. Isobel from Every Month said: “Obviously, the abolition of the Tampon Tax is a huge victory for everyone that campaigned for it and no one should pay a luxury tax for essentials. But more needs to be done by the government.

“The government needs to give free provision beyond just schools, so give free periods products to universities, workplaces, hospitals, and public buildings and distribute them to private spheres – so that people have them in the home too.”

The stigma surrounding periods is also another huge contributor to those that are affected by period poverty, particularly young girls going through puberty who may feel embarrassed by their period and struggle to ask for help. Isobel explained that one of the charity’s aims is to help defeat this stigma.

Isobel also made it clear that period poverty does not discriminate on age, having worked closely with those affected: “Anyone can be pushed into poverty at any stage in their life, and period products aren’t cheap.”

Someone that knows all too well the strains of period poverty is Fashion Design student Georgia, who grew up ashamed and embarrassed of her period.

“I remember when I first started my period when I was around 13, I used toilet paper and old socks and basically anything I could get my hands on to use in place of pads and tampons. It seems ridiculous when I look back on it, nearly ten years later, but at the time I didn’t know how to ask for help.”

“I was raised by a single dad for most of my life and both of my siblings are boys, we were your typical working-class family and far from well off. I think my household being so male-centric was a big factor in the shame I used to feel surrounding my period. Even though I knew it’s completely normal and natural, I felt so embarrassed.”

Georgia is one of the 49 percent of girls throughout the country who has missed one or more days of school due to their period. She said:

“Throughout my early teenage years I must have made up hundreds of excuses to miss school because I didn’t have the right supplies when I was on my period, I undoubtedly missed out on a lot of key learning even if it was only a couple of days here and there.”

People like Georgia that have experienced period poverty first-hand agree more than anyone that more needs to be done to help those that are struggling.

“The stigma surrounding periods is a problem when it comes to period poverty, of course, but this could massively be helped and even stopped by the government providing free products. Feminine hygiene products are so unnecessarily expensive.

“Growing up working-class also meant that my family had basically no disposable income, so I felt bad if I asked for tampons or pads as it would put a strain on our budget. I think what Scotland has done is amazing and will be a lifeline to so many people. Hopefully England, Wales and Northern Ireland will follow suit soon.”

Georgia, like Isobel, worries what effect Covid-19 will have on those experiencing period poverty and the charities that help them.

“Charities like Every Month and The Red Box Project are amazing; I wish I’d known about them when I was younger. The work they do is so important, and I know these charities rely on the public for donations of cash and supplies. We’ve never experienced something like Coronavirus before so it’s definitely worrying how smaller charities will survive throughout the pandemic.”

Usually, Every Month hold ‘packing parties’ where volunteers from the public can get together and make the period packs that can then go on to be distributed to food banks across Greater Manchester. With the current ongoing situation, this not possible and they are instead asking for cash donations as people are currently unable to donate physical products.

Period poverty unfortunately remains a massive problem across the country, perhaps now more than ever. It is clear that the fight to tackle this is far from over.

To donate to Every Month, visit www.everymonthcampaign.org/donate-index-impact

To find out more about period poverty and what you can do to help, visit www.freeperiods.org/