You are here: Home / Uncategorised / Album Review: Are You In Love? by Basia Bulat 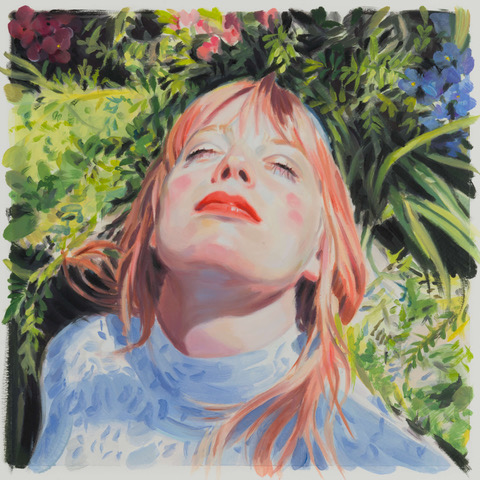 Basia Bulat is due to play YES on 26 September. In this subject-to-change world we currently live in, it is to be hoped that this Manchester date doesn’t get cancelled indefinitely.

The verve and assuredness of the singer-songwriter’s fifth studio album – Are You In Love? suggests that it will translate well from recording to stage.

The publicity for Are You In Love? says: “She fell in love and she lost her father…” and refers to “joy in finally being free from a painful situation”.

Despite their unwelcome impact on personal well-being, life changes and personal grief can be creative goldmines for artists.

The title is a question rather than a statement and the songs take us on a loose narrative from separation and anger and yearning through to hard-won acceptance.

The challenge for any artist in writing about deeply personal matters is to make us, the listeners, care about the private anguish and the characters alluded to in the lyrics.

‘Your Girl’ (written during a snowstorm in Montreal and recorded in Joshua Tree) has a kind of defiant breeziness to it with its catchy chorus of “You let down your girl/ she’s never coming back again.”

The wistful ‘Light Years’ finds her comparing the ‘dancing days’ of youth with being “Light years from someone/ Anyone that you know.”

The song ‘Homesick’ does what it says on the tin. Bulat – who is from a Canadian-Polish background – urges “Take my heavy heart and drive me north.”

The album’s closing track ‘Love is at the End of the World’ hints at both a respite from ‘real life’ but also the prospect of return “Diamonds in the dust here/ sing into the dark.”

Sometimes I found the lyrics too general for me to become emotionally involved. I prefer it when Bulat paints pictures with words rather than just telling us about an unnamed person.

‘Hall of Mirrors’ uses a smart metaphor to shine a light on the danger of being surrounded by sycophants (“a chain of admirers/who don’t see you at all”) and losing touch with both yourself and truer friends.

Even the less compelling lyrics are saved by Bulat’s soaring vocals. Her voice reminds me of Natalie Merchant in its combination of soulfulness and elasticity. Bulat’s ability to carry the tune in whatever direction it takes allows the musicians to play with verve and show off their multi-instrumental skills to full capacity .

The album is produced by Kentucky-born Jim James, who also plays electric guitar. Bulat is credited with the impressive assortment of organ, piano, synthesizer, acoustic guitar, electric guitar, autoharp and harp. Listen out for the staccato notes on ‘Pale Blue’ and the instrumental range of ‘Electric Roses.’

Mika Posen and Zou Zou Robidoux also have a haunting way with violin and cello respectively.