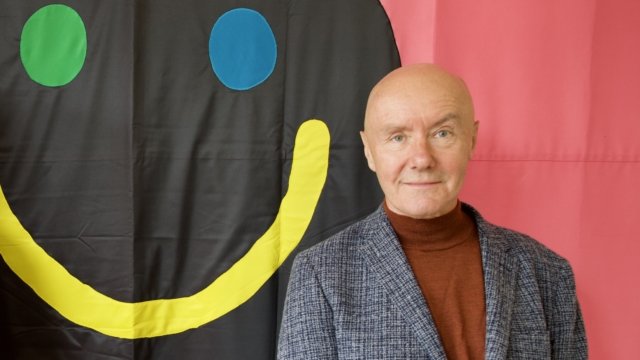 In Offended by Irvine Welsh the Scottish writer explores the effect of ‘cancel culture’ on artistic expression, and questions whether art should be allowed to cause offence. The Sky Arts documentary aired in November, and features a series of interviews with artists who feel negatively impacted by cancellation or ‘woke’ culture, interspersed with Welsh sharing his own views. The interviewees include artist Jake Chapman, author Nadifa Mohamed, and comedian Geoff Norcott.

Between interviews held in studios, libraries and pubs, Welsh builds a case against what he views as censorship. “Silence is inertia,” he says in a voice over. When artists are afraid of offending their audience, they self-censor. If offensive art is criticised or ‘cancelled’ through channels like social media (the main antagonist of the documentary) then, he argues, it is a restriction on free speech. However, Welsh’s stance is somewhat ironic. The documentary prioritises the right of artists to freedom of expression, but challenges the right of an audience to participate in the same thing. If someone specifically sets out to provoke their audience, as multiple artists in the documentary say they do, then surely a level of controversy means that they have succeeded. A silencing of audience criticism would lead to the same level of ‘inertia’ as self-censoring artists. While art is firstly a creative expression, how it is received by its audience is what, arguably, creates the impact.

Social media, rather than making people more easily offended, has simply made it possible for more people to get their opinions heard. While exhibitions or films used to be reviewed in newspaper columns or a handful of blogs, now anyone can comment and potentially reach the same amount of people as any celebrity or traditional critic. Welsh says that social media is “undemocratic” – I would argue that it is anything but. As artists now face judgement from this much wider circle, they must, of course, consider how this affects them. However, arguing for their own freedom of expression but feeling attacked when other people use theirs, especially when the artist has specifically set out to cause controversy, is not a fair solution. If everyone must have the ‘freedom to question and to offend’, as the documentary states in a dramatic conclusion, then that right should be extended to the audience as much as the artist.