You are here: Home / Culture / Opinion / Opinion: Why Dave’s Brit Awards Performance Is So Important 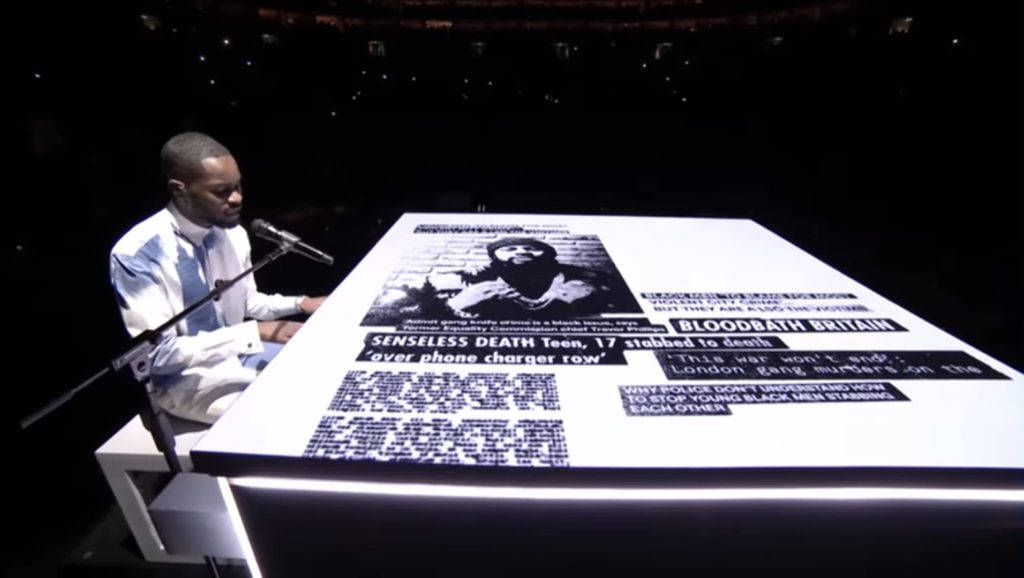 The Brit Awards are known for having their fair share of memorable moments, from Madonna falling down the stairs mid-performance to the debut of Geri Halliwell’s instantly iconic Union Jack dress.

Tuesday’s show saw the birth of another significant moment that will undoubtedly be talked about for a long time. South London born rapper Dave performed his track ‘Black’ with a number of politically-charged lyrics added in.

‘Black’ is a track from Dave’s debut album Psychodrama which won the Brit for Album of the Year as well as last year’s Mercury Prize, which talks about the struggles of being black – already an important issue within itself.

In arguably the most crucial performance in Brits history, Dave called out the media for their racist treatment of Meghan Markle, labelled Boris Johnson as a “real racist” and called for a more united country with “way less hatred.”

With the Brits being one of the biggest music awards in the UK, Dave using his platform to speak about such important issues can only be applauded.

A prime-time performance slot on ITV criticising the government and the media of the UK was a gutsy move and hasn’t been without its criticism, but it was certainly needed.

Dave also mentioned Grenfell victims in his rap; his performance comes two years after Stormzy’s 2018 slot in which he targeted Theresa May, asking her about money for the Grenfell victims.

Voicing these problems in the mainstream is such a powerful way to ensure that victims of social injustice stop being ignored and something can be done about them.

However, the fact that they are on such a large scale shows that something needs to change.