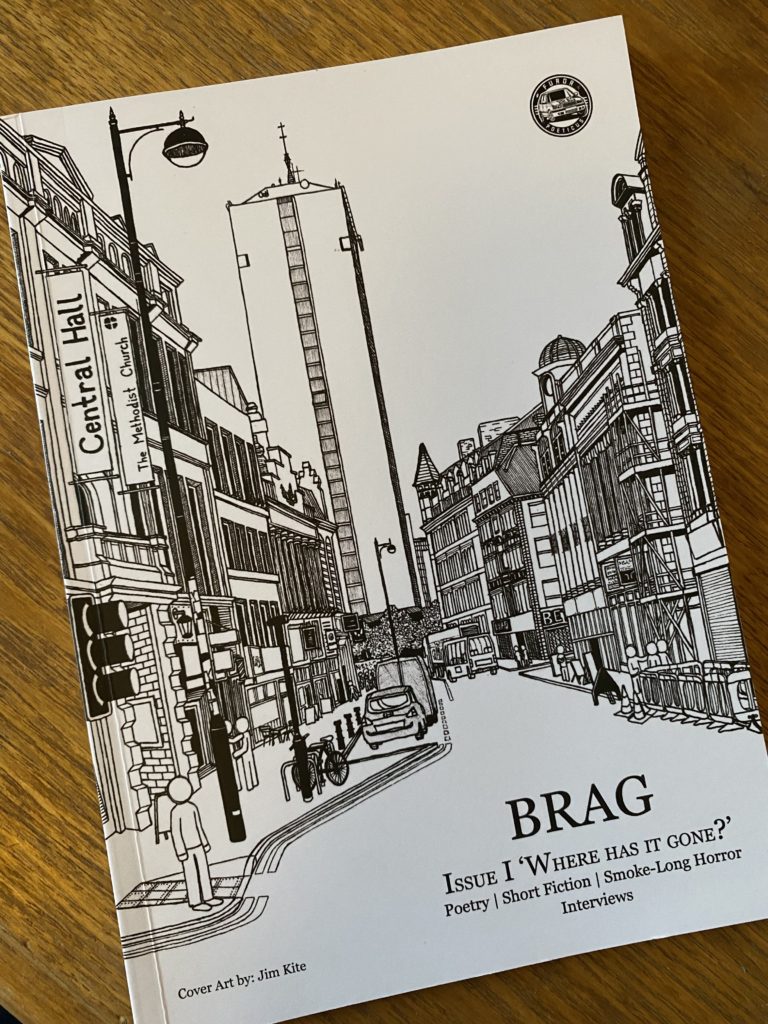 Manchester-based BRAG Magazine has launched its first publication, ‘Where Has It Gone?’. The magazine’s release features authors’ work in poetry, short stories, and ‘smoke-long’ horror, as well as writing by the editors themselves.

Editors hope their indie magazine will “bridge the gap between the real world and the writing that reflects it”.

The title ‘Where Has it Gone?’ was inspired by a lack of originality in media today, and the magazine’s creation during the first stages of COVID played an impact as well.

“Originally it was sort of a sense of – culturally speaking – we felt there was something lost. Everything was a regurgitation of itself so we sat around and asked yeah… Where has it gone?” says Brandon.

He explains the publication’s inception and creation were “pulled out through sheer will”. But Brandon still has big plans for the future. He hopes to one day move into chapbook and pamphlet publications in addition to BRAG. For now, though, getting Issue II of BRAG published is the main priority.

BRAG is sold at Blackwell’s bookshop, and the team is hoping to start selling at Northern Quarter’s Magma Shop in the future as well.

“We’d love to get into Magma Bookshop, they do indie magazines, it’s just magazines,” says Brandon.

The wheels are turning on the second publication, and they’ve got a new advocate coming for issue two. And according to Brandon, “He’s a pretty big name in poetry.”

BRAG has just issued a submission call for its second issue, ‘Anything Human’, which will feature a full-color cover. For those interested in submitting their work to BRAG, Brandon says, “Don’t worry about it. Just submit. Write something good, and buy issue one so you can find out what we like.”

The deadline for submissions is February 12th, 2020. The second issue is expected to be released in February.

For those of you who are wondering what BRAG stands for, all Brandon would reveal was that “it’s funny… and it’s probably not what you think it is”.

To learn more about BRAG Magazine and its submission guidelines, check out their submission page.

You can purchase your copy of BRAG Issue I on the BRAG Magazine website, or at Blackwell Books.