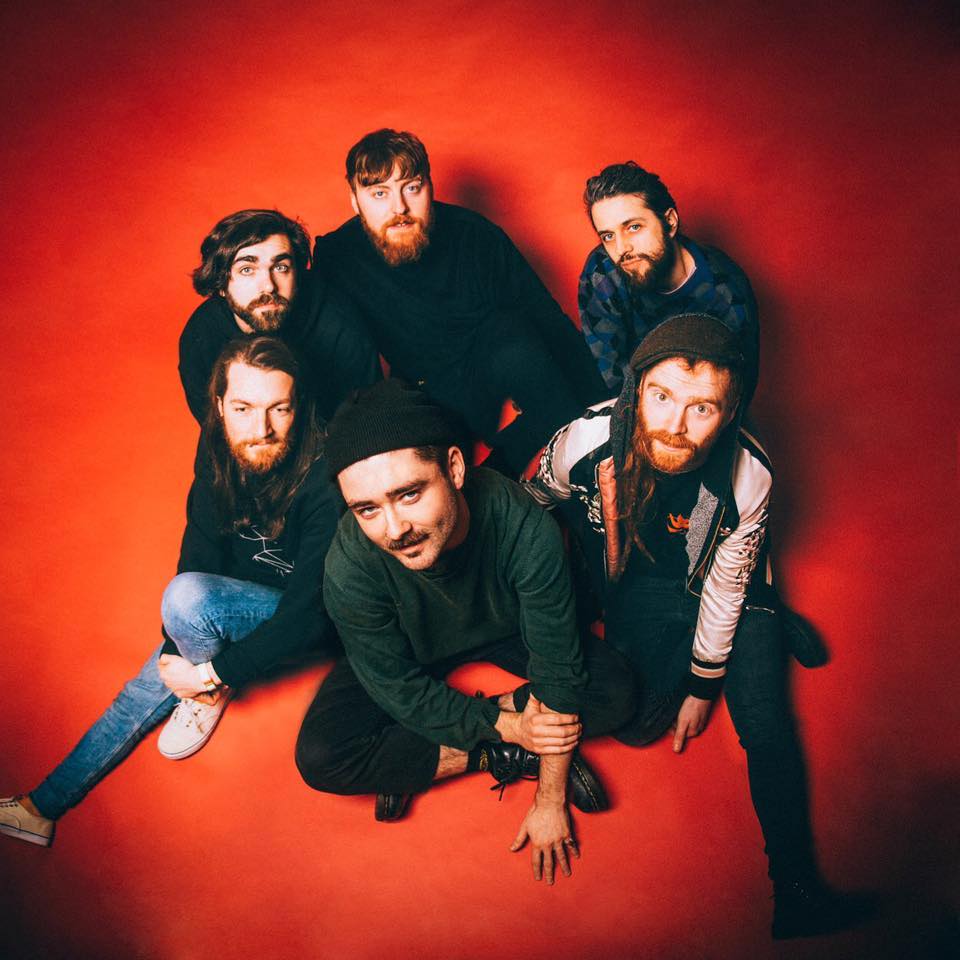 Dublin based band Thumper rocked and trashed the stage of Night People in Manchester on the February 27th in the depths of the cold night.

A band that would seem hostile became one with the crowd through close interaction and a perfectly constructed setlist.

Thumper describe themselves as a ‘noise-pop sextet from Dublin, delivering bubble-gum psych through a wall of sonic death.’ Whatever combination of music this six-piece produced on the night definitely fit this label. Lead singer Oisin Furlong brought confrontation, intensity and a ‘bubble-gum’ vibe to the underground venue.

His intense eye contact with the audience made his performance personal and grabbed people by the heart and brought hard-rock music to life, adding an extra tremor to the scene.

However, the gig wasn’t all beer throwing, saliva spitting rage.

Thumper created a fun, relatable environment regardless of their intense crowd interaction. It was fascinating to see the magic on the stage carried out into the crowd and across bar tops, as Furlong wound his mic cable around the feet of onlookers.

His voice was fluid, parallel to the aggression of the volume and crescendos which kept the atmosphere going – an impressive act on all levels.

Their performance included latest single ‘Ad Nauseam’ and others such as ’25,’ ‘In My Room’ and ‘You’re Bringing Me Down’, which was one of most innocent of the night and began to close the set.

Furlong’s melodic vocals clashed with the raging rock backdrop perfectly. Thumper may be one of the most genre defined bands to set foot in Manchester, which stands out from the demand for new music. They call upon aspects of noise-pop and bubble-gum pop but still fit into the genre of rock we all seem to appreciate.

It was interesting to see limited traces of the band’s Irish heritage, often a point of pride for bands such as The Script.

Thumper was instrumental in getting the audience to participate in their mischievous act. People submissively went with the flow as they all crouched to the floor at the band’s demand.

It was all just a bit of fun because simply put, that is what Thumper stand for.