You are here: Home / Culture / Interview / Music / Interview: MOSES On Their Debut album, Finding The ‘Almost’ In Everyday Life And Staying As Creative As Possible 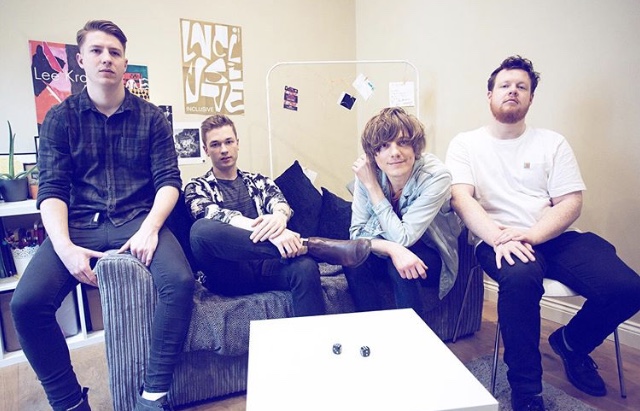 Hailing from London, rising indie-rock band MOSES are paving the way for the future of music. They could be defined as a band who are armed with undeniable skill, are unafraid to experiment and have incomparable vocal prowess. These are key attributes for success and don’t come along together very often. They began their journey with a self-titled E.P which was released in 2016. Four years later, their newest album Almost Everything Is Bullshit has certainly been worth the wait. The band consists of drummer Matthew McCrilly, guitarist Luke Fitzwalter, bassist James Creighton and vocalist Victor M. Moses.

If you’ve been listening to Spotify’s coveted ‘New Noise’ or ‘Walk Like A Badass’ playlists, you may have come across a punchy, riff-driven number in the form of ‘Cause You Got Me’. A track which was notably produced by Gil Norton, who has previously worked with the star-studded likes of the Foo Fighters and Pixies. It is arguably MOSES’s most successful track, from their debut album Almost Everything Is Bullshit. It is an album proving that the band can do it all, from a moving almost acoustic ballad in the form of ‘Constantin’, to the loud and anthemic track ‘River Thames’.

We caught up with lead vocalist Victor M. Moses over email, to discuss the inspirations behind the album and feline album artwork, as well as collaborating on a music video to create a true feminist experience.

It’s been four years since your debut E.P, has your writing process changed since then?

“It has been quite an organic/normal process, to be honest. The only thing that was missing was to put the songs out. At some point, even when you get super prolific in terms of writing, if you don’t release them you start to get frustrated.”

How was your track ‘’Cause You Got Me ’picked for the Tomb Raider movie?

“The film’s Music Supervisor was looking for a really great soundtrack and approached our manager because she liked ‘Cause You Got Me’ so much – and there you go!”

The album seems to have an overarching theme of finding positivity in everyday life, what inspired you all to create this album?

“We hope people can feel that. Almost… is an album about everyday life and the struggle to stay positive, no matter what. Even though some songs may seem sad – like ‘Waiter’, ‘Joy’ and ‘You Need L’ they all have the same message: keep going and just try and try and try!”

What was it like working with Gavin Monaghan on the album, and why him, in particular?

“Describing Gavin, for us as a band, is simple. A great producer, a lovely human being, a great listener and very inventive. It was an honour to work with him!”

Did the production of your first album go as planned?

“Yes, it did. It went exactly as planned – and even better, in fact!”

The empowering video for track ‘Findings’ was written, directed, produced and starred in by a team of women. Could you expand on your reasoning for this?

“We gave complete freedom to Hum Hum Productions (Carol Van Hemelrijck and Jeanne Scahaise) to interpret the song. They created something very bold and beautiful which they believed in. Not in a provocative way but in a truthful, honest vision. Something people would react to. The actor, Daphné Huynh was amazing for them. Showing only trust and a shared feminist experience.”

What was the inspiration behind the album artwork of illustrated cats by Ana Banica?

“We really admire her work and asked Ana if she wanted to collaborate. We saw this striking cat that she had drawn and then the idea of making a pair rose. The rest is history. Ana is such a talented artist and a kind person. We are so grateful.”

‘Waiter’ has a beautiful string arrangement and ‘Joy’ has soulful backing vocals featured- what were your thoughts behind adding these parts beyond guitar and drums to each track?

“Both were Gavin’s ideas! You see why he’s so fantastic! We truly loved the ideas – and the talented performers!”

What was your thought process for keeping the release date of your album, despite the ongoing coronavirus outbreak – were there any insecurities of not delaying the album date like other artists?

“We just felt this way. We just couldn’t wait anymore. We asked our label (AntiFragile Music) what they thought, and they agreed.”

Each track seems to be a purposefully different tempo – was this an intentional move to showcase your range as a band?

“So happy you noticed that – but we didn’t do it on purpose! It’s just that we want our songs to be as different and non-repetitive as possible. We are obsessed with that and try to stay as creative as possible.”

Opening track ‘Cause You Got Me’ is an upbeat track about friendship and last track ‘Constantin’ is a raw, almost acoustic sounding track- Is there a reason behind the order of the album?

“This is a ten-song journey. We wanted to open with our most known tune, something very uplifting. We end with a tune to stay in your head, in terms of thinking about life and how short that is. Something to reflect on.”

What are your next goals for the future, what direction would you like to head in?

“We truly don’t know what’s going to happen, to be honest. The future is now a blank page. We just want to go on writing and (and hopefully performing!). We will have to wait and see what is the next chapter of the MOSES story.”

Like many other artists at the moment, MOSES’s future holds a large amount of uncertainty. However, a blank page is also the chance to take the full artistic license of whatever direction they may choose. Judging by their debut album, we can only expect that it’ll be a varied melting-pot of both talent and style. Make sure to stream Almost Everything Is Bullshit and keep your eyes peeled for the rescheduled live shows, and album tour dates yet to be announced. Many things in life may be bullsh** but much like the prophet- this band certainly isn’t.

Be sure to keep up with MOSES’s socials: