You are here: Home / Interview / Manchester / How The Big Issue Is Helping The Homeless During The COVID-19 Pandemic 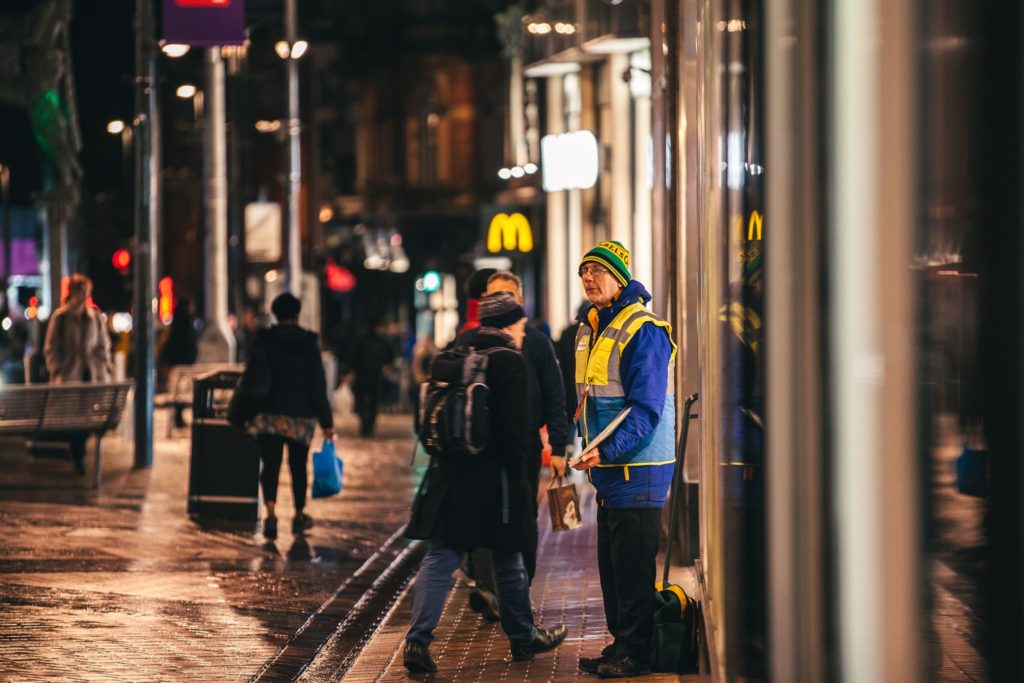 It’s often said that the COVID-19 pandemic has affected us all equally and that it has served as a “great leveller” within British society.

However, the homeless have been particularly hard hit by the pandemic. With no home to isolate in, they have been left exposed to the harshest reality imaginable in modern society.

Thankfully, local groups and organisations have been on hand to help. One particular organisation – the long-running street paper, The Big Issue has gone above and beyond in response to the issue.

Founded in 1991 by Gordon Roddick and John Bird, The Big Issue remains one of the UK’s leading forces against homelessness. By offering homeless people the chance to earn a legitimate income – by selling copies of the newspaper to the general public – The Big Issue have been helping the most vulnerable for decades.

In light of the fact that homeless vendors are no longer permitted to sell copies of The Big Issue due to government guidelines, there was the question of how these vendors would earn an income. The Big Issue team have responded by spearheading a campaign to raise money on their behalf.

aAh! Magazine spoke to The Big Issue North Fundraising and Communications Officer and former aAh! Magazine Deputy Editor and Manchester Met alumni, Brontë Schiltz, about how the magazine is helping their vendors in this time of need.

To compensate for the loss of income that will inevitably impact vendors who work with the magazine, a hardship fund has been set up to “meet whatever needs arise”.

Schiltz told aAh! Magazine: “Vendors are self-employed, buying magazines from our distribution offices for £1.25 before selling them on for £2.50, and so do not receive sick pay or paid leave or qualify for furlough.”

A third of the vendors working for the magazine are homeless – according to their own 2019 audit.

“While the majority of people in this category usually stay with family or friends, this is an option which may no longer be available to them. Our first priority was therefore to ensure that all homeless vendors were securely housed.” 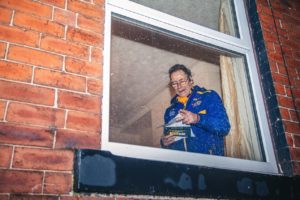 The remaining two thirds of vendors are ‘vulnerably housed’, meaning they struggle to pay their rent and are at risk of becoming homeless. The Big Issue Hardship Fund also allocates money towards paying their rent.

“Our staff are working remotely to help vendors register for benefits,” Schiltz explains. “But while they are waiting, or in cases where vendors are ineligible, the fund is being used to keep a roof over their heads.”

The Hardship fund is also being used to cover the cost of essential shopping, such as food, toiletries, hygiene products and medication. The most frequent request, however, has been for help paying for gas and electricity.

Several food-banks are signed up to the Fuel Bank scheme, which provides gas and electricity vouchers, but these are limited to three per year and are not available in all food-banks.

Finally, the fund is being used for administrative tasks which enable vendors to access other forms of support. For example, 37% of vendors don’t have a birth certificate, which could prevent them from registering for benefits or other provisions.

Sainsbury’s and McColl’s were the first businesses to agree to stock the magazine until vendors can return to work – the first time it’s been available in shops since the enterprise was founded in 1992 – and they have now been joined by the Co-Op and will be joined by more businesses in the weeks to come.

“Half of our proceeds from these sales will go to our hardship fund, but the rest will go towards our printing and staffing costs.” Schiltz adds. “That means we don’t have to cut into the hardship fund to continue to operate, which means every donation we receive to go to the people who need it most.”

The response to the campaign has been amazing, with the public donating over £60,000 in recent weeks. Schiltz says that many donations came from people who often buy the magazine on the street, but don’t tend to donate.

Schiltz adds: “We’ve also seen a significant increase in our social media following, so the situation our vendors are in has clearly struck a chord with many people outside of our regular donors which is really heart-warming.”

“In such dark times, it’s lovely to see people coming together to support some of the most vulnerable yet hardworking people in our society.”

When asked what the general public can do to support Big Issue North during lock down, Schiltz lays out several options.

“Firstly, they can make a donation to our hardship fund by texting HARDSHIP to 70970 to give £5, or going to easydonate.org/HARDSHIP to give as much or as little as they can.

“Secondly, they can continue to support the magazine. If they have a local Sainsbury’s, McColl’s or Co-Op, they can do so by picking one up during their weekly shop.

The magazine is also available via the Sainsbury’s website, and digital issues are available for £2 from issuu.com/bigissuenorth. £1 from each sale goes towards the hardship fund, and you can also take out a 12 week subscription for £24 so you don’t have to keep checking back each week.

Subscriptions are also available at shop.bigissuenorth.com, where people can buy issues or take out a three, six or 12 month subscription. The site also has a range of merchandise on sale, from jewellery and homeware to music t-shirts, posters and records.

Two issues have been published so far, which can be bought separately for £10 each or together for £15. An annual subscription costs £40, and anyone who buys now will also receive a free copy of the first issue. Purchases can be made online at bigissuenorth.com/the-new-issue.

Schiltz also emphasises the need for social media interaction, as people can help expand the reach of the magazine and its impact.

There is also the opportunity for some creativity, namely through the public coming up with ideas for remote fundraisers.

“So far, one person has hosted a pub quiz over Zoom in aid of our hardship fund,” says Schiltz. “Leeds-based pianist Nigel Wears live streamed his ‘Virtual Piano Bar’ from his Facebook page to raise money for us on Tuesday 14th April between.”

If you have any ideas for supporting The Big Issue’s campaign, you can get in touch by emailing fundraising@bigissueinthenorth.com.