You are here: Home / Fashion / Opinion / Fast Fashion Needs To Be Slowed Down 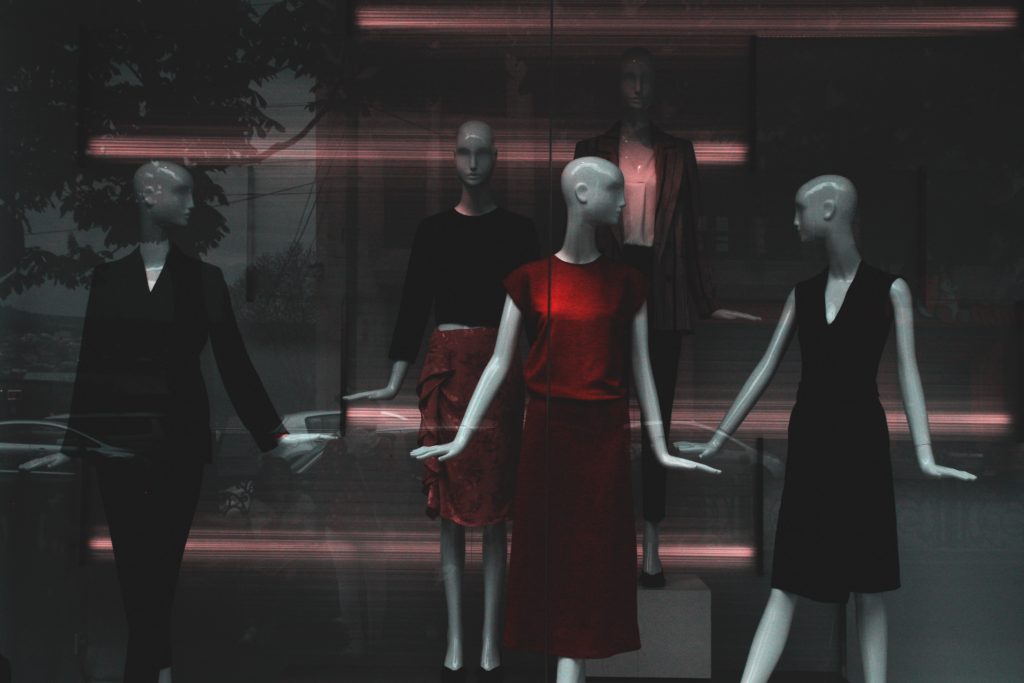 Imagine a time when you couldn’t order something online and have it delivered to your door. Imagine not being able to go on the internet and buy a new outfit without breaking the bank. Imagine not being able to shop at all from the comfort of your own home. Hearing this is terrifying to most of us, as we’ve become so accustomed to the new way the fashion industry works. This new way of life I’m talking about, is fast fashion.

Manchester based companies such as PrettyLittleThing and BooHoo would lie side by side next the words fast fashion in the dictionary, however fast fashion emerged long before these companies established. Retail giant Zara has been credited as having the first successful fast fashion business model when it opened on the streets of New York in the 1990s. The phrase fast fashion was used by The New York Times to describe the quick process of the shops getting clothing from the design process into stores, with Zara being able to do this within two weeks of opening.

Fast fashion took the world by storm, but decades down the line the repercussions pose a huge threat to the environment and the question is, how are we going to be able to slow it down.

The amount of waste attributed to the fashion industry, it is said that the equivalent of one garbage truck full of clothes is burned or dumped in landfill every single second and in total 85% of textiles go into landfill every year. On top of this, the fashion industry is the second largest consumer of water worldwide, for example, it takes seven hundred gallons of water to make just one cotton shirt. Not only does it waste water but causes it to become polluted too, as the left-over water that is used for dying textiles is often dumped back into rivers and streams, making textile dying the world’s second largest water polluter.

Small changes can make a big impact if everyone becomes aware of alternative ways we can shop or recycle clothes. Manchester Metropolitan University’s Big Fashion Swap Shop invites people to swap clothes they don’t want for clothes that they do want, without increasing their environmental footprint.

Event organiser, and member of the University’s Urban Environment Research Group, Sally Veitch, explains her motivation for running the swap shop. She said, “There are various different reasons we are doing this, one is to reduce waste and another to fight against the idea of fast fashion, as well as try to fight this idea that everything needs to be new, for example wearing things once and then throwing them away.”

These are some of the biggest issues within today’s fashion industry and being the massive industry that it is, it is going to take time and hard work to try and turn it around. An idea floating around the industry is the introduction of slow fashion, with a move away from the mass production of clothes. Sally explains: “This would mean clothes that only get made at the point of purchase with only show pieces to browse through in stores, but there is a long way to go with this idea as there would have to be other ways we do this to make it high street friendly.”

Even though the fashion industry has a long way to go, plenty of students at the university attended the clothes swap, with all the available clothes racks full of items that people have donated to be recycled to someone else. With this event only being the second one Sally has organised since filling her job role in September, she was happy at the response it received. By the end of the event almost every item of clothing had been swapped: “The turnout we have had here today is great, we’re always a bit unsure to start with as it isn’t a ticketed event so we just rely on people turning up on the day, but the last one we held was pretty popular as well, it’s so far so good.”

Not only does the environment benefit from less clothing being wasted, but events like this are a much cheaper alternative if you are someone who constantly wants to change up their wardrobe. Fast fashion companies that offer clothing for cheaper than your usual high street store, such as PrettyLittleThing and BooHoo, are like magnets for people with this habit, but even though the cost may seem low, the cost it is having on the environment is rising by the second. BooHoo’s director of sustainability admitted: “We’re very aware there’s a lot more we can do,” regarding increasing the sustainability of their brand. This comes after they were bombarded by protestors earlier this month.

20-year-old student from Manchester, Leah Crompton, is a frequent consumer of fast fashion. Speaking of her experiences using fast fashion companies, she said: “It’s a habit of mine now, I look online almost every single day at retailers like Misguided and PrettyLittleThing, that’s not me saying I buy clothes every day but I’m always tempted to.”

Leah admitted she now only shops from these types of companies: “Social media is definitely the main reason I shop online all the time, advertisements on my news feeds are what catch my attention and then I get sucked into spending hours just browsing through clothes.”

In this day and age where social media is a booming industry, fast fashion companies have the best platform to promote themselves on that will reach all ages. With their prices being so cheap, teens and students can afford to buy from them and will also be their biggest audience on social media.

The rise of social media influencers on Instagram and the waves of new celebrities that come from shows like Love Island, are constantly promoting fast fashion brands to their huge social media followings. Love Island finalist Molly Mae Hague had her Instagram following boosted up to 3.9 million and left the show to go onto being an ambassador for PrettyLittleThing and bring out her own collection with the brand. The cycle seems to start with these reality shows taking social media influencers, boosting their profiles and followings, before the fashion brands slide in and use them to promote to large audiences on social media.

Looking at these fast fashion companies, it’s evident they have perfected attracting consumers and keeping them hooked, especially here in the UK as our consumption of new clothing is estimated to be higher than any other country in Europe. Most of us are all guilty of allowing ourselves to give in to the temptations fast fashion companies hold over us, if only we could be made more aware of the environmental repercussions. On this Leah said, “I understand that these businesses are a threat to the environment, which is why I try not to throw out any clothes I buy and only end up wearing once, a way I try to recycle my unwanted clothes is by selling them on Depop.”

Depop is a social shopping app where people can buy and sell their clothes, you could say it is a much ‘greener’ way of shopping as many items on the website could of alternatively ended up in landfill instead of in the wardrobe of another. Since it launched in 2012, the app has been downloaded three million times, which proves we are trying to take these essential steps forward in trying to reduce our environmental impact, but the downside to using this app may be that it encourages people they can keep on buying new clothes, while selling their old ones on, which is still damaging our environment.

Nevertheless, there is still more that can be done to change the culture of the industry. All over Manchester you can find repair cafés that will help you re-work items of clothing, that you may be bored with or no longer fit you, into items you love again. Stitched Up is a shop based in Chorlton that holds workshops for anyone to attend that will teach you the skills you need to repair, alter and update your clothes, they’re basically “inspiring action on sustainable fashion”. They also hold workshops on how to naturally dye your own clothes, meaning they are basically able to provide you with the tools and skills to get more from your wardrobe and think twice about throwing clothes away.

If everyone was able to think twice about throwing away clothes or buying clothes when it isn’t necessary, then we could begin to work towards a new and more sustainable fashion industry. Most brands and retailers, such as Levi’s and Stella McCartney are already making significant progress in trying to minimise their impact, by starting to use sustainable cotton initiatives. This means that they are reducing the amount of water, chemical and energy use, as well as more brands using natural dying techniques to reduce water consumption by half of what was being used.

So, if others in the industry are handing in their piece to try and slow down the fast fashion industry, why can’t we join the fight too, by reducing our consumption and increasing our sustainability.