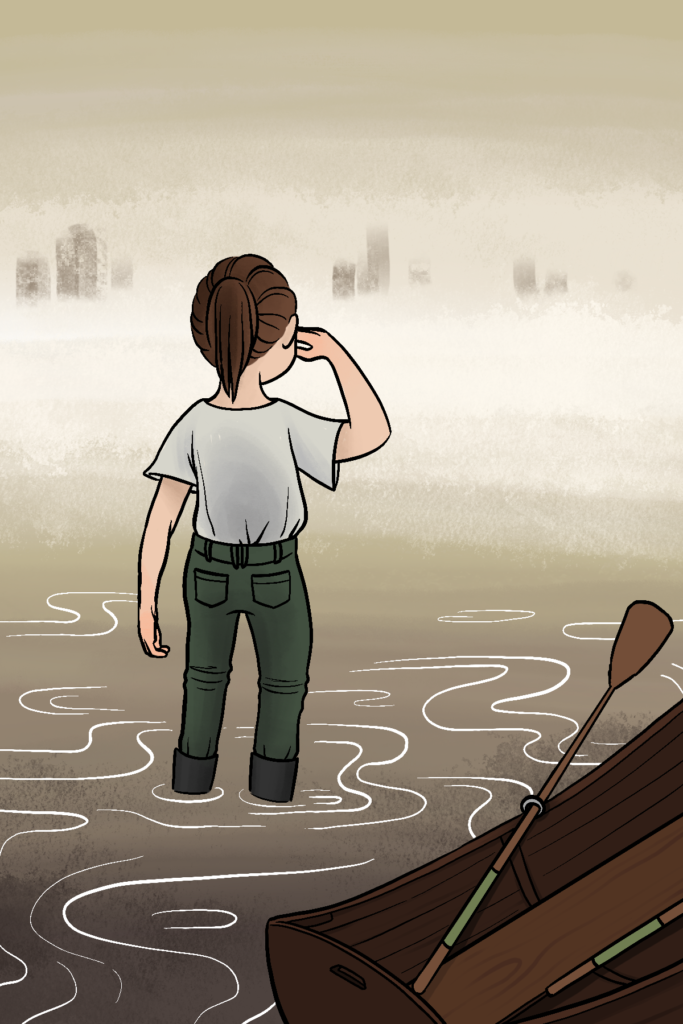 The water had receded. The rains had stopped. It was the first time I had been outside the gates. The roads had turned into waterways. At six am, he turned up as usual. I had two bottles of water and a packet of biscuits ready for him. He took them and smiled at me. Not a word passed between us. We walked together and a few others joined us. His boat was no longer tied to the gate. Barely ten people fit into the slender fishing boat which had seen better days. We sat as he rowed into the wreckage. The two of them waited in the boat while we looked for survivors. It was dangerous to go into murky waters, especially after a flood. That morning eleven people were rescued.

There was a house some distance away and we rowed towards it, calling out to see if there was anyone there. My feet started to sink into the marshy ground as I got out, walking towards the house. We went in. They were there, strangers in an unknown house, waiting for us. Sleeping, finding solace in each other’s embrace, a mother and her daughter, maybe five. I tried to listen, because, it is in the quiet, we hear the loudest of things. I could hear it loud and clear. We were too late.

* Mandrin – The fate of two people

This creative piece was submitted as part of our November theme: Isolation and Introspection. If you would like to submit your own creative work to aAh! Magazine, please email aAh.Editor@gmail.com, and be sure to check our latest “Letter from the Editors” to find out next month’s theme.