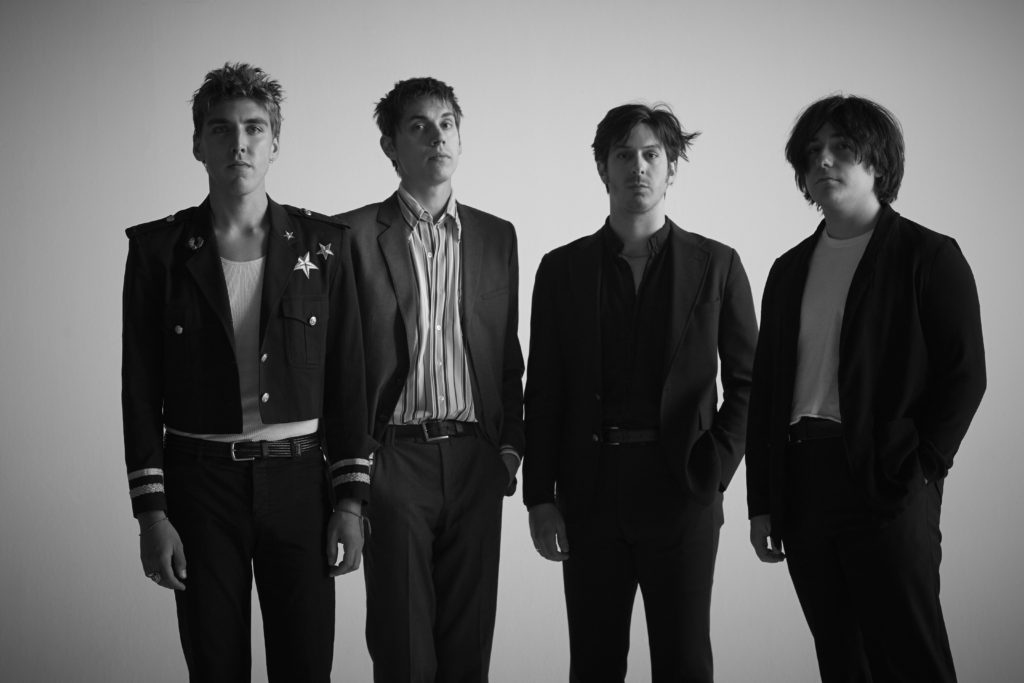 Hit Los Angeles-based band Bad Suns, consisting of Christo Bowman (vocals/guitar), Gavin Bennett (bass), Miles Mores (drums) and Ray Libby (guitar), are ready to kick off 2019 on a shiny new slate. Not only have they released a new single, “Away We Go”, they have also signed to acclaimed record label Epitaph Records and embarked on a European tour. “Away We Go” was the band’s first release in over a year, and has been eagerly awaited by dedicated fans and casual indie lovers alike. It offers a first taste of the new direction the band is taking, and so far they seem to be making a successful progression.

This quartet, who have been making music since their teens, are by no means rookies within the European tour circuit. After successfully exposure on LA radio station KRQQ, they have gone from strength to strength. It’s clearly apparent that they don’t suffer from a shortage of fans. NYLON have rightfully declared them to be “hard-driving while still having a heart”. The band has also been invited to play on Kimmel and Conan, as well as managing to tour with Halsey and The 1975. It is clear that they have no trouble opening for larger artists due to there being no fear of comparison. Bad Suns are so uniquely their own and have a sound that is mature beyond their years. Their excellence has even been recognised by music media power-house Alternative Press, who stated that their most recent album, Disappear Here, released in 2016, was “their most dynamic and introspective work yet,” adding: “Bad Suns are merely getting started in their quest for world domination.”

Moving to Epitaph marks a significant change for this independent band, originally founded by Bad Religion guitarist Brett Gurewitz. With a solid history behind them, including contributing to the ‘90s punk explosion, the band’s core values of diversity and freedom of creativity are certain to remain intact. The group will arrive to play Manchester’s favourite intimate venue Deaf Institute on the 16th of January, which is sure to be a show not to be missed.  After their previous success at the big festivals such as Coachella and other marquee festivals, as well as selling out headlining dates across the world, this will definitely be a groundbreaking year for Bad Suns – be sure to be a part of it.