You are here: Home / Creative / Culture / Poetry, Fact and Fiction with Helen Mort and Blake Morrison 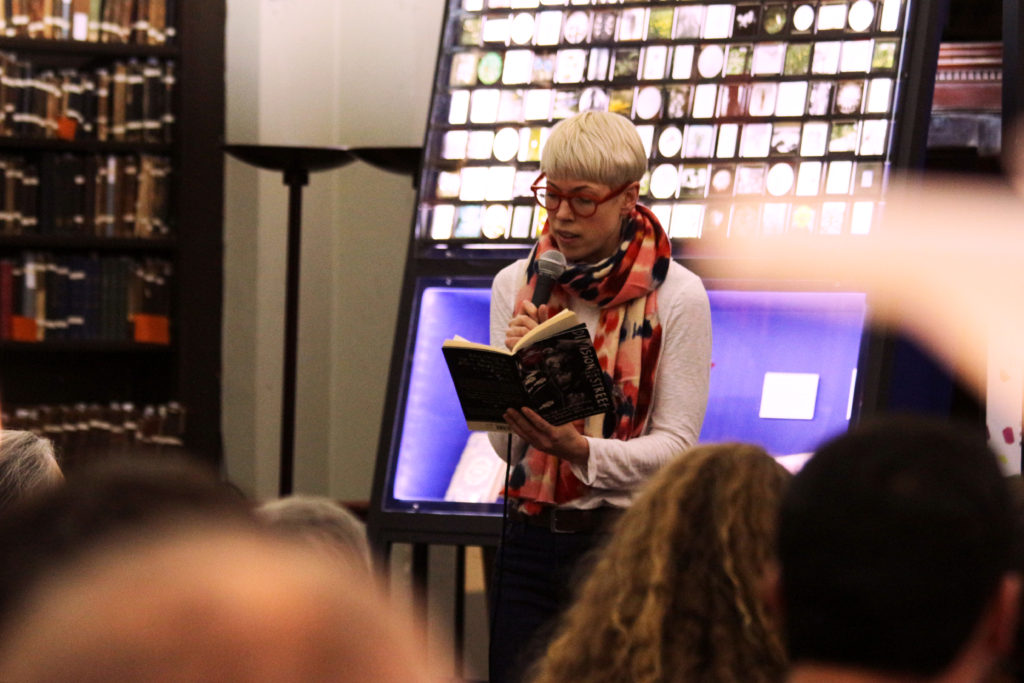 The Portico Library is set to award The Portico Prize next month, an exciting literary award celebrating contemporary writing that ‘encapsulates a sense of the North’. In the months leading up to the prize, the Portico Library and the Centre of Place Writing at Manchester Metropolitan University have collaborated on a series entitled ‘Rewriting the North’.

The final event of the series explored the relationship between poetry, fact and fiction with particular emphasis on how different literary forms and genres can mediate ‘the spirit of the North.’

Poet Helen Mort began by reading from her recent novel Black Car Burning, whereby ideas of place, landscape and politics are fiercely intertwined into the history of South Yorkshire.

Mort explained: “[Black Car Burning is] a novel about trust and risk, and how these are played out in different communities in Sheffield and Derbyshire, but one of the things that links the book together is short place interludes, almost like poems, where places that are part of the story tell the story themselves.”

Poet and novelist Blake Morrison read from his memoir And When Did You Last See Your Father? – a narrative that intertwines place into the dynamics of family life, father-son relationships and bereavement. He explained how exciting it was to grow up on the border between Lancashire and Yorkshire, which was a chance to experience two distinct places.

“One of the nearby small industrial towns was called Burnley, where I used to go and watch the football teams. My poetry attempts to engage with the sensations I felt in these moments,” he added.

Similarly, the North of England is an anchoring force in Mort’s work, and her stories are often propelled by historical moments “that Sheffield will not forget”. She explained how character can offer a way into a historical catastrophe.

Mort said, “I was worried about writing about Hillsborough because it was beyond my personal experience… I ended up choosing to have this character who’s engaging with Hillsborough, to have him doing what I was doing as the writer, which is to be investigating and reading and trying to make sense of it but  also he was trying to make sense of his own trauma and that meant explaining it to himself.”

Morrison read from his selection of poems, The Ballad of the Yorkshire Ripper, written in Yorkshire dialect and spoken by an unnamed narrator. He explained how mobilising the ballad form gave access to a different perspective on this historical catastrophe.

Morrison said, “Ballads are often used to describe terrible crimes. It [the poem] seemed to come alive if I used a different speaker, one with a broad Yorkshire accent, whose dialect enriched the poem and tied into the theme of misogyny, seeing Peter Sutcliffe as a product of a misogynistic culture, and I found in the dialect so many misogynistic words used to badmouth women.”

When asked whether it can be forbidding or liberating to reimagine the North of England, Morrison responded: “You just try to come up with new ways of coming up with these places that are so familiar to so many people, you just have to hope there is something new you can add.”

Mort added, “I find it quite liberating that ‘everything has been said before but not by me.’ I know I struggle to stop writing about the same places over and over again because that’s my imagined landscape, for whatever reasons you have this landscape you go back to, and I think that’s okay because everyone sees it in different ways.”

The diversity of the literature that the North of England has produced is illuminated in their differing insights into what the ‘spirit of the North’ means to them, which is exactly what the upcoming The Portico Prize celebrates.

Mort noted that it is synonymous with “a tolerance for eccentricity and the surreal, which is such an important part of all our lives”. She added, “I think that’s something ‘the spirit of the North’ does really way and the writing I love celebrates this surrealness.”

While Morrison noted, “I don’t associate the North with gushing enthusiasm, instead, I associate it with honesty, and underratedness, being less deceived, not being suspicious of surrealism as such but of pretension.”