You are here: Home / Opinion / Politics / Opinion: Will the Kurdish conflict ever be resolved? 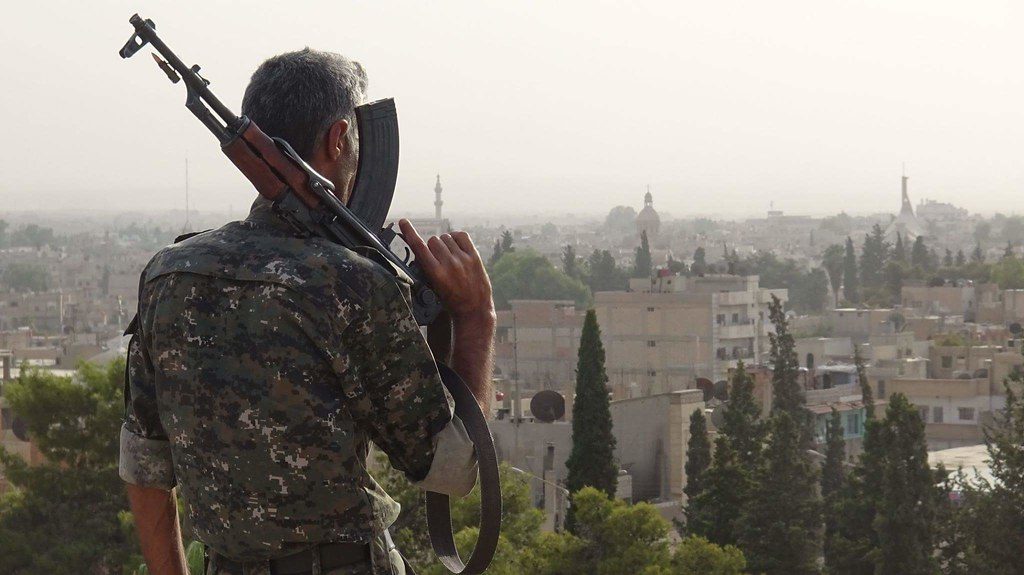 Turkey has been gracing headlines all over the world recently after pursuing an offensive incursion in the Kurdish-controlled northern sector of Syria. This is just the latest crisis that has arisen due to the lack of a legitimate state for the Kurds, an ethnic group that has over 30 million people displaced around the Middle Eastern hemisphere.

The Kurds have coined the proverb “no friends but the mountains”, summing up the difficulties they have faced since the aftermath of the First World War and the dismemberment of the Ottoman Empire, in which they have fought to be recognized as a group that deserves a homeland state – something that was historically promised to them. The proverb references the mountainous region native to the Kurdish population, dubbed ‘Kurdistan’, spanning across Turkey, Iran, Iraq and Syria. We can see a reflection of recent events in Northern Syria as an extension to the unresolved matter that the Kurds are fighting for, something that many states take for granted – a nation to call their own.

In order to fully understand the current Kurdish conflict, it is useful to look back in history to the ‘1920 Treaty of Sevres’ in which the Western-allied powers promised a provision for a Kurdish state. This had a significant premise as it marked the beginning of the partitioning of the Ottoman Empire. However, much like a double-edged sword, the treaty also triggered the Turkish War of Independence, after which, due to the Turkish victory, a new treaty called the ‘Treaty of Lausanne 1923’ established a Turkish Republic and sovereignty, effectively disregarding the prior treaty which would have given the Kurd’s the very thing they fight for to this day.

So, how is this historical context relevant to present-day events? Due to the political repression as ethnic a minority, the Kurds founded a militant group within Turkey called the ‘Kurdistan Workers’ Party’ (PKK) that aim to create a Kurdish state within Turkey, and have embarked on a violent journey with the Turkish government. Ankara has been interpreted to be seeking the right opportunity to push a Kurdish group in Syria called the YPG (which is reportedly affiliated with the PKK) back into a “safe zone” which will satisfy Turkish national security.

Some believe that due to President Donald Trump’s decision to withdraw troops from Syria, an almost “blank cheque” has been handed to Turkey to pursue their incursion in northern Syria. The United Nations has reported that since Turkish intervention in Syria, more than 130,000 people have been displaced, so what has the global response been to this crisis?

Both the European Union and the United States have condemned the Turkish incursion and have issued economic sanctions and a blockade of weapon exports to Turkey. However, most controversial about the EU’s response is that it feeds into the migrant crisis which overshadows European politics. Turkey currently holds the largest amount of refugees in Europe, which makes their incursion in Syria twofold, as they also plan to return refugees to the area in Syria they wish to seize. This may be the fact that has made the EU stop in its tracks – perhaps they feel threatened by the potential influx of refugees they could face if they were to act more harshly towards Turkey. Furthermore, the United States has faced backlash over the accusations that they have left the Kurdish population in Syria vulnerable to Turkish oppression, with Trump responding that “they are no angels” and “it’s not our problem”.

Since Turkey launched the operation, now named ‘Operation Peace Spring’, we can see a shift in developments. The Russian President Vladimir Putin has now made an agreement with the President of Turkey, Recep Tayyip Erdoğan, in which the Northern border of Syria will be occupied by the Turkish forces and the Syrian government and Russian forces will secure the rest. Here we can see that the Turkish and Russian forces have very quickly occupied the power vacuum in Syria that was vacated by the United States and could change the fate of the Syrian Civil War.