You are here: Home / Creative / Film / Opinion / Opinion: Why do we like horror? 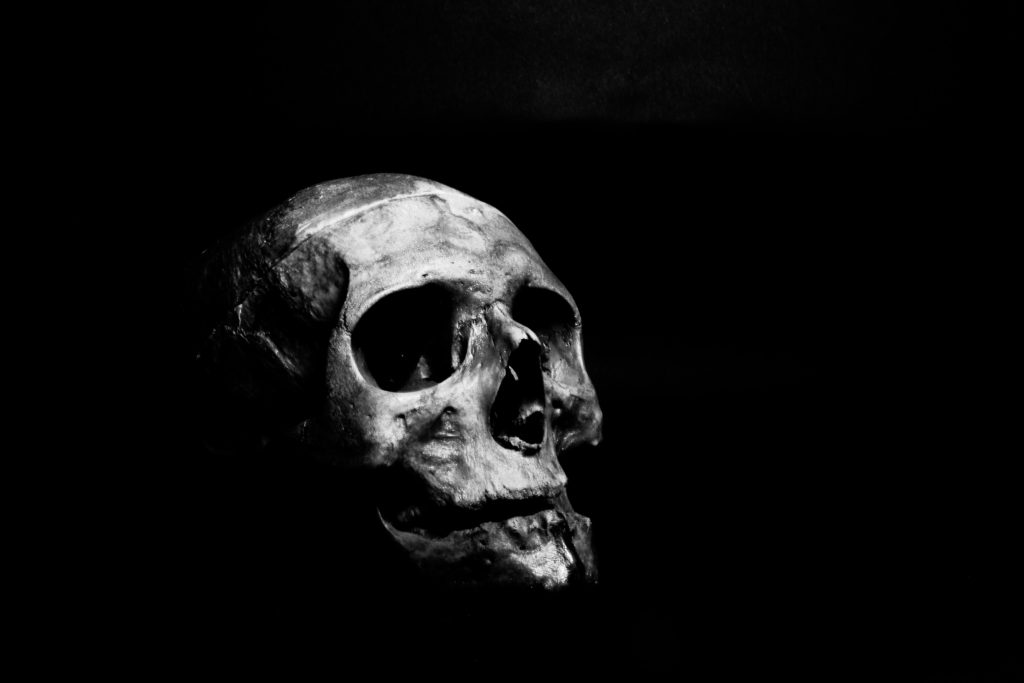 Halloween looms. Friday the 13th has been on Film4 about ten times already this month, and Waterstones has a whole display dedicated to any story featuring a killer clown, a vengeful ghost or a lonely house at the end of the street. But, what makes us watch for the tenth time? And why do we like being scared?

To answer that question, perhaps it’s worth asking: what scares us? We most commonly fear things like heights, spiders, public speaking and enclosed spaces. Yet, most of us can watch people do bungee jumps, we can deal with the scene in Star Wars: A New Hope (1977) when the walls start closing in, and if we have to, we can stand up in class or in work and speak to a group of people.

Fear is a strange concept, because in the back of our minds – in most cases – we know that whatever is making us afraid can’t actually hurt us. So, why do we indulge in stories that are designed to terrify? Do we read horror stories in order to prepare ourselves for a world of our own being filled with horror? Do we engage with it to reinforce a primal idea for us as humans, to be afraid, and to steer clear from things that could hurt us? Do we like having somewhere we can put all our fears into one place, and only let them out on our own accord? Personally, I think the latter.

There’s an excitement in the cinema before the lights go out. I know because I feel it every time I go and see the newest horror film, almost giddy about the fact that for the next two hours I’m going to be squeezing my friend’s hand tight and hiding behind my coat. Because even though we’re terrified, we’re not actually in any danger. We’re in charge. We could walk out if we wanted to, and we can choose to never think about it ever again.

Stephen King wrote in his essay ‘Why We Crave Horror Movies’ that “some people go to horror movies to re-establish some sense of normality; some people watch them because they like to have fun and some just simply to prove to others that they can.” Each of these reasons exudes a sense of control over the act. You can turn off the TV or put the book down, and in that simple act, you have defeated all the monsters you had been reading about. And in doing that, all your own worries and fears live inside these stories too.

Maybe we have this affliction to horror because it is the antithesis of everyday life. We are not faced with blood-sucking vampires, house-sized spiders or exorcisms. Most of us live rather mundanely – we go to work, we come home, we eat tea and we go to sleep. Opening ourselves up to horror allows us to see our real lives more clearly. That’s the idea, right? Horror is supposed to project to us the defects of society (with some decapitations and haunting messages written in blood on the walls thrown in for good measure).

Horror has this trope of reflecting our cultural fears in a much gorier way to distract from the terrifying reality of the state of our society. The ways in which horror films are created are very similar to how our brains work when watching them. It’s clever really. We can store our rational fears away with the irrational ones, and that allows us to be able to understand them better.

In the words of John Carpenter, “we’re all afraid of the same things. That’s why horror is such a powerful genre. All you have to do is ask yourself what frightens you and you’ll know what frightens me.” Horror is such a powerful genre – it allows us to explore so much of our own psyche without really thinking about it much at all. Perhaps that’s why we like it. Not only is it entertaining, but in all the ways it doesn’t make sense, it also sort of does. It’s an enigma of life.

We were all taught to face our fears as children. We were encouraged to not only watch the bungee jumps but do them. Reading a horror book, or going to see the new Jordan Peele is kind of like that. King sums it up, “the thing under my bed waiting to grab my ankle isn’t real. I know that, and I also know that if I’m careful to keep my foot under the covers, it will never be able to grab my ankle.”