You are here: Home / Creative / Culture / Manchester / Not A Yes: To Understand Consent 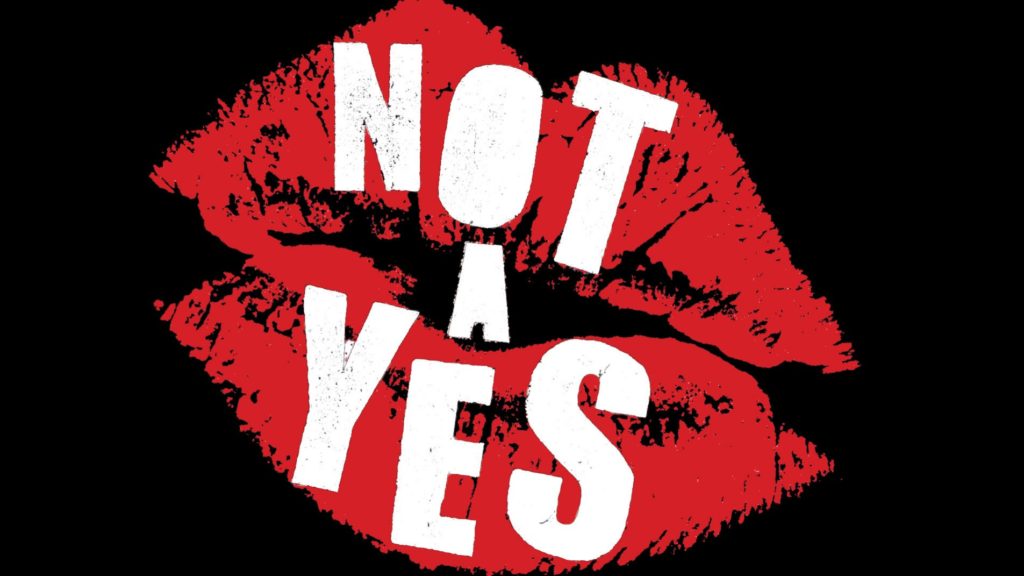 What is consent? What defines the capacity to consent? How aware are you and those around you of what truly represents an acceptable ‘yes’? Have you ever stopped to ask yourself these questions?

Ever more prominently in the contemporary world, the issue of consent crops up again and again, with seemingly little change in the general public’s perception. Be it issues of coercion, he-said-she-said narratives, victim blaming, or some other variation on the topic, the attitudes of many do prevent truly meaningful progress. This is not necessarily through malice, but rather through wrongful assumptions and lack of a general understanding.

India Gillespie, a graphic design graduate from Manchester Metropolitan University, hopes to change this with the launch of ‘Not A Yes’ Magazine. Set to contain a wide range of content including original artwork, creative and factual written pieces, and multimedia engagement, the magazine aims to encourage people to talk more openly about sexual consent.

“I thought a magazine was the best way forward. I wanted the creative space to be able to discuss all of the issues surrounding sexual consent. I really felt it’s important to educate people, especially younger audiences about the importance of it,” explained India. “I feel like we’re just never told and people don’t necessarily understand it fully. I mean I have friends who are my age and just don’t understand things, it’s quite upsetting really.”

“Especially once people reach 18 and start going out and start drinking, there’s such a fine line between what’s right and wrong. It’s just so important, especially around that age I think. From my own perspective, I would have liked to have been educated about it or had something I could go to to understand it more.”

A key focus planned for the magazine is the history of issues surrounding sexual consent, highlighting ongoing problems such as objectification of both men and women in the media.

In particular, India notes that social media has a substantial impact on people’s perception of themselves and of others. The constant barrage of interconnectivity and endless – and often meaningless – content serves to suppress a person’s individuality and positive view of themselves.

This effectively links to the theme of ‘Not A Yes’ Magazine’s first issue, ‘Respect’. India explains, “Quite simply everyone deserves to be respected and deserves to be listened to. We should be able to feel like we’re in control of our words and our bodies, and other people should respect that.”

With such a lateral thinking approach to educating people about sexual consent, ‘Not A Yes’ looks to explore not only what consent is and when it can or can’t be given, but also why it exists as such a complex issue. By exploring connected themes, India aims to provide a coherent and valuable informative tool that both entertains and enlightens readers.

Discussing the common misconceptions around the issue of consent and what appears to be the biggest challenges to communicate to the public, India said: “I think the main one is ‘what is consent and what isn’t’, as simple as that. Like if you’re drunk and if you say yes to someone, it’s not consent. It’s just not.”

In addition to a person’s capacity to consent, or lack thereof, India illustrates a scenario of assumption within a long-term relationship. “If it’s your partner and you don’t say yes, that’s still not consent. If you’ve been with someone for years and years it doesn’t mean you own the person.” A subtle warning on falling into unhealthy habits – many people in long-term relationships don’t tend to consider whether or not their partner has legitimately provided consent.

“Another really big thing for me is people constantly in the media who are ‘victim blaming’. I think people really struggle to understand what they can’t believe, like people can’t imagine that happening.” India believes this problem flows from misunderstanding, that often times people can’t see the reality of an event if something doesn’t line up with their own interpretation of the narrative.

A hugely significant misrepresentation that India also aims to educate people on is the typical depiction of a sexual assailant. The generalised view that each incident is somehow extraordinarily horrifying with a textbook unpleasant perpetrator. In actuality, this is far from the case, as the majority of sexual assault victims do in fact know their assailant. Alongside this, the assault may not be as explicitly obvious as assumed. India highlights this grey area in the general public’s knowledge:

“ It’s very unclear to a lot of people what is and isn’t consent. People can’t imagine it to be the CEO of a company or a student, people can’t see that and they can’t understand that maybe people did say no. The assumption that they just kind of let it happen and people think ‘why did you not shout for help’, ‘why didn’t you do this’. There’s lots of doubts and I think because they struggle to understand it, sadly that causes them to sometimes blame the victim.”

‘Not A Yes’ magazine hopes to generate conversations that shatter misinformed opinion, as anyone who has not personally experienced assault will naturally feel somewhat disconnected from the perceptions of those who have.

Priming each issue for a unique theme related to consent, India is driven and passionate about the project and eager to create something special and important.

The magazine launch event is taking place at Star and Garter, Manchester, on Friday 29th March 2019 at 7:00pm. An evening of live music and art exhibition will allow attendees to grab a copy of the first issue of ‘Not a Yes.’

Anyone interested in getting involved with ‘Not A Yes’ magazine as an artist, designer, photographer, filmmaker or writers is encouraged to get in touch via notayes@outlook.com with any ideas or work to share.

Read more about ‘Not A Yes’ in our forthcoming print issue, ‘YES’.