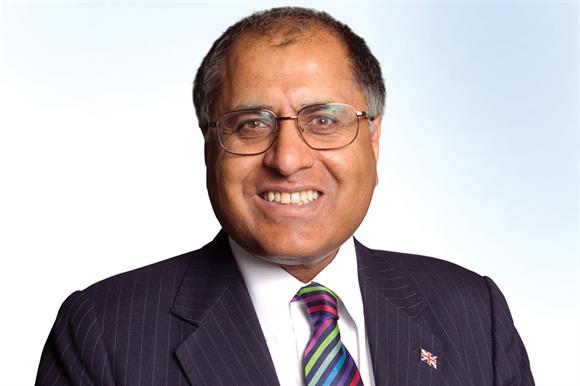 Each of us changes the world every day. We can choose to make it a better place.

Since 1952, Mohammed Amin MBE has been a prominent resident of Manchester. Throughout the subsequent decades, he has seen the city adapt and grow, from the mono-cultured community he grew up with to the multicultural ‘International Manchester’ of today.

In 2009, Amin retired from his career as a tax adviser, which culminated in 19 years as a tax partner with PricewaterhouseCoopers. He now devotes his time to the city that welcomed him and his family post partition. During his talk at Manchester Metropolitan University last week, Amin highlighted both the benefits and his concerns regarding the intricacies of modern society.

A key argument outlined in the lecture was that despite being multicultural by definition, a city can still very much conform to an outdated perspective when looking at individuals within each community.

Amin illustrated this using his experience as Co-Chair of The Muslim Jewish Forum of Greater Manchester, highlighting that separate communities can co-exist in the same space without necessarily having direct contact with one another. He stated that those who are Muslim and Jewish often need to lobby together to be more efficiently affect a desired outcome.

Despite the necessity to branch out from one’s own community, however, Amin also emphasised that you can’t force people to mix. He explained that whilst growing up, the limited channels on television allowed him to absorb aspects of British culture and learn from what was shown. Modern TV and entertainment, however, is so much more expansive and tailors to so many niche demographics that people run the risk of watching only what they know. This has the potential, he argued, to result in weaker language skills for people living outside of their native country.

Amin characterized this idea as living a “Parallel Life”, existing in one culture whilst not expanding beyond the habits of your own through comfort and individual behaviour.

“Even now, I regularly find myself joining groups and societies where I don’t know anyone,” Amin said. “You need to go through that psychological barrier for yourself again and again and again. It helps you grow as a person.”

Modern Manchester is a shining example of multiculturalism in a city, but the caution Amin puts forward is clear. On the surface it may appear to be a collective mix of numerous different cultures, but on an individual level, many people don’t expand beyond their own circles.

At the risk of living a “Parallel Life”, it is down to the individual to push past their comfort zone and engage with the unfamiliar. Only then can the city be truly multicultural in practice.

Find out what Mohammed Amin says you can do.