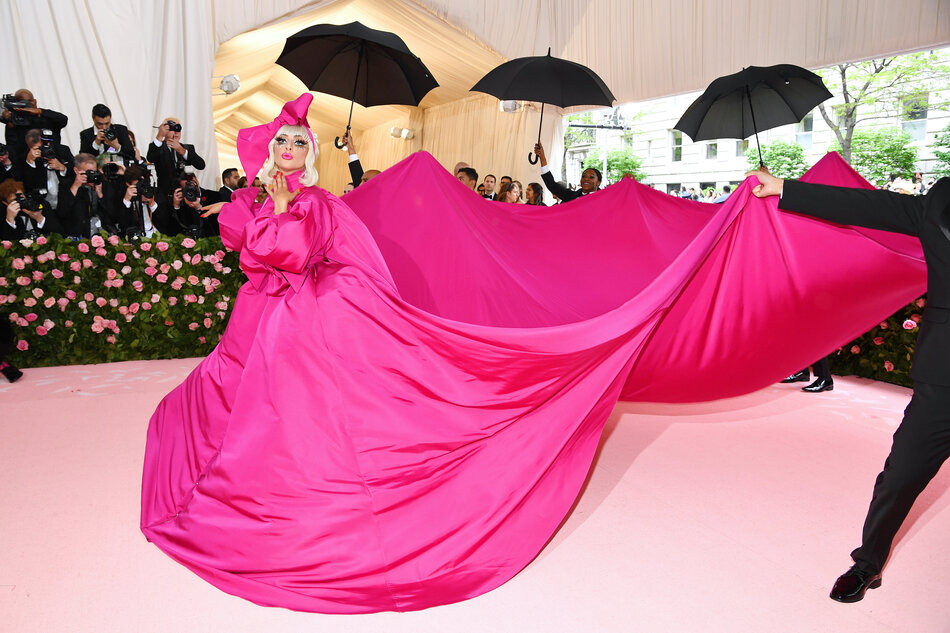 This year’s Met Gala, the ‘Olympics of Fashion’, was held last Monday night, with some of the biggest and brightest celebrities, fashion designers and drag queens in attendance.

The theme this year was Camp: Notes on Fashion, inspired by Susan Sontag’s 1964 seminal “Notes on Camp”. Last year’s theme was Heavenly Bodies: Fashion and the Catholic Imagination – event organiser Anna Wintour doesn’t hold back when it comes to choosing the theme, obviously.

Rihanna, who has previously co-chaired the event alongside American Vogue’s editor-in-chief, Anna Wintour, wasn’t in attendance, but uploaded a photo of Wintour to Instagram with the caption “Best Dressed”.

Rihanna isn’t the only one with opinions on this year’s display, however, so without further ado, here are our picks for the best looks of the night.

Lady Gaga not only served four looks on the pink carpet, she also gave a fittingly camp performance, securing her the number one spot. The outfits come from Brandon Maxwell.

Janelle Monae’s outfit was another favourite of the night. Whilst it was slightly predictable for Monae, who often dresses in block prints, this look took her classic look to new heights, fitting the theme perfectly. This Picasso inspired look is by Christian Siriano.

Queen of the runway Naomi Cambell stunned in a pink Paolo Piccioli gown from Valentino Haute Couture. She was also accompanied by a man fanning her dress, extravagantly showing off the feathers’ fluidity.

CCardi B attended in a red quilted Moschino gown, which we think speaks for itself!

The Jenners famously never stick to theme when it comes to the Met, but arguably unlike their big sister Kim, they actually did it this year! The pair were both in show-girl inspired Versace dresses.

Billy Porter’s outfit was arguably the best entry to the Gala since its inception. This Ancient Egypt-inspired look apparently took five hours of preparation and comes from The Blonds.

Finally, this list would be incomplete without mentioning Michael Urie’s Christian Sirano half-and-half look. It’s not only deliciously camp, it’s also strikingly different from the traditional menswear looks commonly seen on the red carpet – or pink carpet, in this case.

An in-detail review of the looks from Met Gala can be found here, from YouTuber Hautelemode.