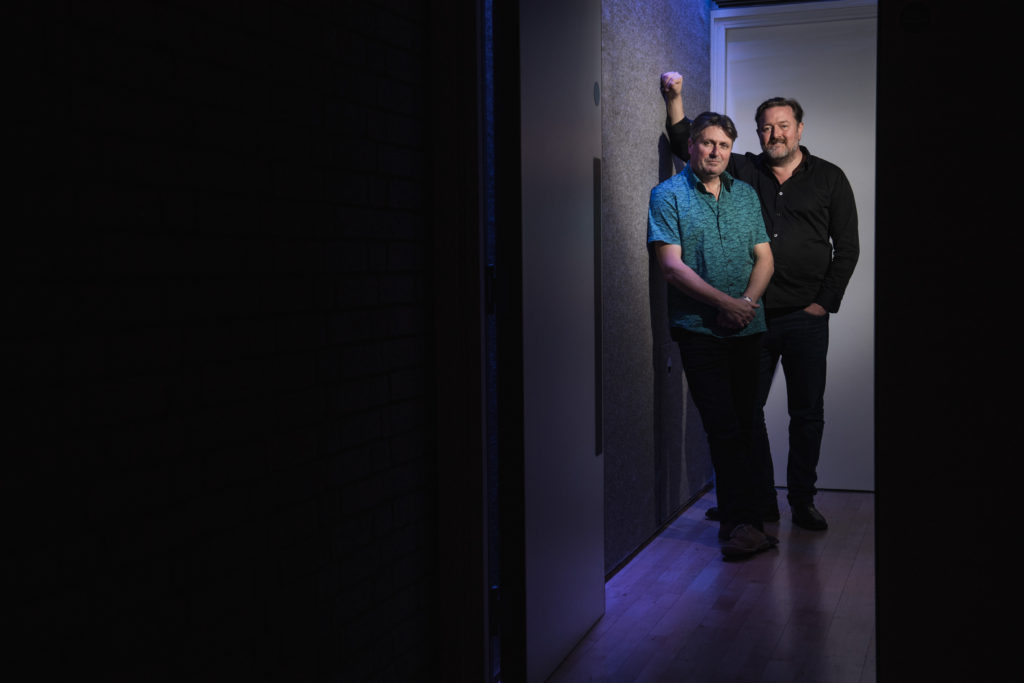 The founder and frontman of the band Elbow, Guy Garvey, and 2019 Poet Laureate Simon Armitage revealed the influences behind their work at the Manchester Literature Festival.

The event, held at the Royal Northern College of Music on 13th October in partnership with Manchester Metropolitan University, featured the two artists in discussion over their childhood inspirations, creative techniques and upcoming work, alongside pre-recorded performances of Garvey’s music and readings from Armitage’s poetry.

After entering the stage to roaring applause, Garvey and Armitage sat down with host Katie Popperwell to talk about their writing processes.

Armitage said, “When I’m writing I never feel as if I’m short of ideas, but what I do struggle to get is a style. You always need a style, some kind of angle to the universe.

“I often think of a song, usually a pop song, and just pretend that I’m writing new lyrics for that tune. Usually what happens is the tune dies into the background, the words come into the foreground and eventually, you can’t remember what it was [originally].”

He added, “the process of making a work of art has to be transformative… when you look down at it, it has to appear slightly beyond your ability.”

“I went through a period of doing the same thing,” Garvey said.

“When Elbow were travelling loads, I was thinking all this time, when I’m watching the same episodes of ‘The West Wing’ again and again, I could be writing. So, I deliberately wrote lyrics over the rhythms of other people’s music.”

He explained how the band also helps to edit his lyrics: “I’m a collaborative writer for the most part with Elbow, I’ve learnt to do what I do in reaction to the music that we make together.”

Garvey also revealed a story about how he accidentally plagiarised a line for Elbow’s hit ‘One Day Like This’. He wrote the line ‘Kiss me like a final meal’, but realised later that it was similar to one in a Giant Sound song, written by singer Howe Gelb. He eventually told Gelb, who wrote back saying, ‘I’m in Manchester next week, it’ll cost you one beer.’

Garvey praised Manchester for being “a great city to make music in”, while Armitage said that ‘Northernness’ was a normality for him and inspired a sense of being remote which was useful for his work.

Talking about his school days, Armitage said that one of his teachers once asked the class to write poems, before pinning the best work up on the wall. However, Armitage’s poem didn’t make the list.

“I’ve wondered since then if I’ve really been pursuing a career of revenge,” he joked with the audience.

“Any time I finish a poem I’ve been thinking, ‘Well stick that on your wall.'”

Garvey explained how he played in bands at school: “By the time I was an adult, I started pursuing what could be done with words and how to marry them with the excitement of being in a room and playing music.

“Then I started realising I could make a historical document of life from my point of view. I could speak for my father, the people around me and leave some kind of document of what it was like to be here and now.”

However, Guy added, “When I joined [Elbow], it was to show off.”

“Elbow’s music is social commentary,” Armitage said. “It’s kitchen sink music in the very best possible way. It’s full of detail and common places things that we recognize in our own lives.”

Speaking to Garvey he said, “The fabric of your songs is compiled into something which is extremely intimate and lyrical.”

When asked whether Elbow’s new album Giants Of All Sizes was the darkest so far, Garvey said it was emotionally difficult to create.

“Everything we came up with was heavy, ponderous and weighty,” he said.

“It’s also been a heavy time personally,” he explained, following the deaths of close friends and several family members over the past few years, including Garvey’s father. “Against the backdrop of everything that’s happening nationally.”

“I’m only realising now that it’s an album mostly about grief,” he said.

Garvey has previously talked about how his album covers topics such as the Manchester Arena bombing in 2017 and the “absolute cultural disaster” of Brexit.

The pair also discussed anecdotes from their close personal and professional relationship, which spans over fifteen years. Armitage revealed that when he was announced as Poet Laureate, he was straight on the phone to Garvey.

“It was the best news I’d had in years,” Garvey said, claiming he is “utterly proud to be Simon’s friend”.

“His poetry speaks to men and it’s delicious, romantic, deep, confrontational, with just enough measure to get people to f***ing listen,” he added.

Armitage is famous for writing poems about difficult subjects such as war, suicide, sexual desire and 9/11.

Armitage described the role of Poet Laureate as “semi-mythical”.

“I feel that we’re kind of lucky in this country that there’s somebody called the common reader, who’s not necessarily a specialist, doesn’t write poetry themselves, but will still come out and buy a poem or listen to it on the radio.

“It’s a privilege really,” he said.

Guy Garvey and Simon Armitage both broadcast on BBC 6 Music and have won various awards for their work.