You are here: Home / Opinion / Politics / Is Joe Biden Exempt From #MeToo? 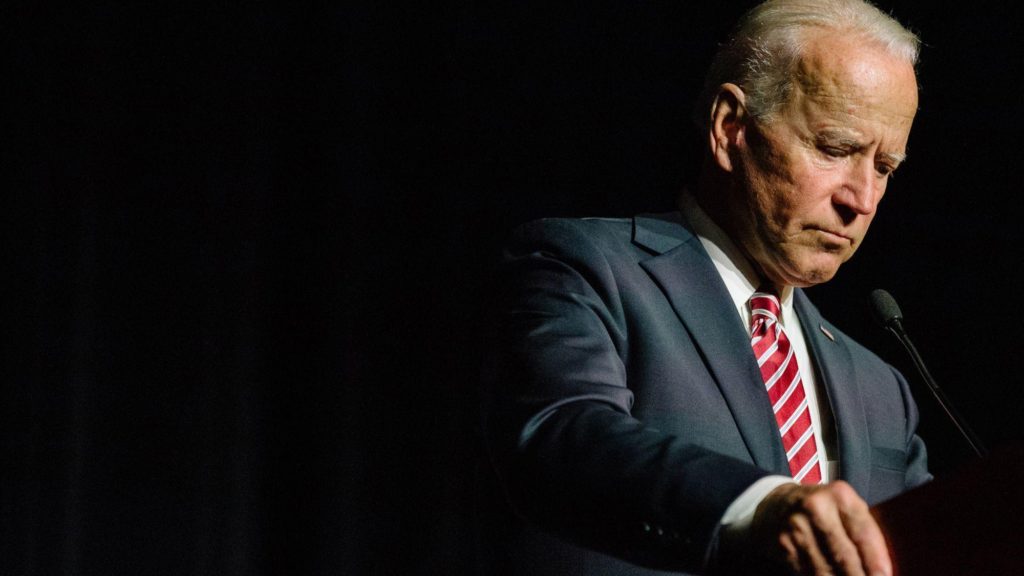 Joe Biden, the Vice-President of the USA from 2009 to 2017, remains a popular figure in American politics. Gallup polls indicate that Biden’s approval ratings averaged around 40% whilst he was in office, peaking at 61% in his final months on the job. Even now, he is viewed positively – even 1 in 3 Republicans have a positive view of him, despite being on the opposite side of the political aisle.

In recent weeks, Biden indicated he might run for the Democratic presidential nomination in 2020, though nothing has yet been officially announced.

However, Biden’s campaign may already been running into issues before it’s even gotten off the ground. Allegations of improper conduct have hit the news, and have been causing a stir for the Democrats.

A former Nevada assemblywoman, Lucy Flores, alleged that Biden inappropriately sniffed her hair and kissed her on the top of the head in 2014. Flores detailed the incident in an op-ed for a New York based magazine, The Cut, writing “I felt him get closer to me from behind. He leaned further in and inhaled my hair. I was mortified […] He proceeded to plant a big slow kiss on the back of my head. My brain couldn’t process what was happening. I was embarrassed. I was shocked. I was confused.”

Biden responded by insisting: “In my many years on the campaign trail and in public life, I have offered countless handshakes, hugs, expressions of affection, support and comfort. And not once – never – did I believe I acted inappropriately.”

However, he did concede that in the current climate, it was important that women should speak up about their experiences and be acknowledged by men.

Biden is obviously referring to the #MeToo movement, which dates back to the initial allegations against Harvey Weinstein in October 2017. Since then, there has been a dramatic increase in open discussion about sexual harassment, rape and abuse. In these circumstances, a lot of celebrities have been re-examined, ranging from Bill Clinton to Woody Allen to Michael Jackson.

Interestingly, many people on the left – who would usually consider themselves ardent backers of the #MeToo movement – have spoken out in defence of Biden.

On The View, the co-hosts gave Biden a lot more sympathy than they have to previous celebrities at the centre of allegations. Moderator Whoopi Goldberg opened up a segment on the topic by declaring, “Joe Biden’s presidential campaign hasn’t even officially begun, and people are trying to knock him out of the running.” The insinuation that there was a political motive behind the allegation ran throughout the segment.

‘What happened to believing all women?’

This situation does make it difficult for celebrities to remain consistent. They often spout the virtues of backing feminism and denouncing sexual predators just before they give a standing ovation to a known pedophile (Roman Polanski) or join a film project with an alleged child abuser (Woody Allen). In the age of #MeToo and social media accountability, celebrities are finding that they’re being expected to live and die by their own statements – something that many seem to find rather difficult.