You are here: Home / Entertainment / Opinion / In Defence Of ‘Friends’ 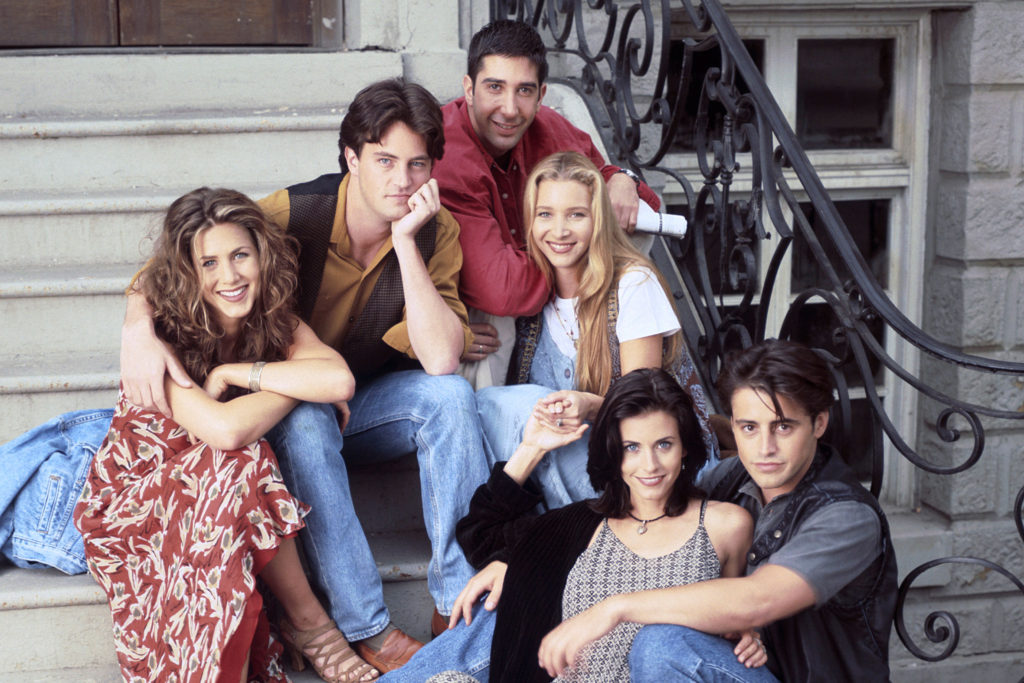 Over the past few months, I’ve been seeing more and more people voicing negative opinions of the sitcom ‘Friends’, which aired on NBC from 1994 in 2004. The show followed six friends living in New York City – Ross, Rachel, Monica, Chandler, Joey and Phoebe. Each character had their own quirks and eccentricities, and the show followed them through their twenties as they navigated their way through relationships and jobs.

Most people are familiar with the show on some level – the series finale remains one of the most viewed in television history with 52.5 million viewers. Walk into many shops on your local high street and you’ll see merchandise for the show hanging off the rack, a good fifteen years after the show went off the air.

However, in recent years, there’s been a building backlash to the show, and most of it is rooted in progressive politics. Most of the criticism directed at the show centres around the show’s portrayal of women, gay people, transgender people, ethnic minorities and overweight people. For some modern viewers, the show is either falling short in representation or is outwardly hostile to these groups.

I refute this position for multiple reasons.

Firstly, ‘Friends’ is intended to be a comedic series, and is ultimately going to poke fun at it’s own characters.

Ross, Joey and Chandler all exhibit what could be considered homophobic tendencies. Whenever one of them comes close to showing vulnerability, it’s not uncommon for the other two to poke fun at him and question his masculinity. But I don’t think the producers intended for this to be a positive endorsement of this type of behaviour, but merely a reflection of how most men behave. The vast majority of men don’t like getting teary eyed, least of all in front of their friends, and will often ridicule signs of emotional weakness. The men on ‘Friends’ act like real men – albeit with exaggerated qualities.

Secondly, ‘Friends’ is pretty progressive in many ways. Ross’ ex-wife Carol may be the butt of a few lesbian jokes, but her partnership with Susan is shown in a positive light. ‘The One With The Lesbian Wedding’ (Season 2, Episode 11)  was one of the first television portrayals of a same-sex wedding, and the episode shows Ross supporting Carol after her parents refuse to attend.

The show certainly threw some pointed jabs at Monica, who was heavier in her teenage years (Rachel’s mother comments at one point “The last time I saw you, it was eat or be eaten!”). However, the show does hint that Monica would have found true love, even if she had kept the weight on. In ‘The One That Could Have Been’ (Season 6 Episode 15 and 16), an alternative universe version of Chandler falls in love with Monica – just as he does in the canon universe – implying that her weight was totally insignificant in how he felt about her.

Chandler’s father is also a constant source of mockery on the show, and even Marta Kauffman, the co-creator of the show, has conceded that some of these jokes have aged badly. Whilst it’s not explicitly clear whether Chandler’s father is a transgender woman or just a homosexual man who likes wearing dresses, it’s clear that Chandler initially displays a lot of discomfort. However, ‘The One With Chandler’s Dad’ (Season 7, Episode 22) shows Chandler develop and mature, as he comes to terms with his father’s identity and invites him to his wedding.

‘Friends’ is by no means a show to be taken seriously as social commentary. It was a sitcom that intended to make people laugh, and provide a route of escapism for the viewers.

Kathleen Turner, who guest-starred as Chandler’s father, probably said it best when she remarked, “It was a 30-minute sitcom. It became a phenomenon, but no one ever took it seriously as a social comment.”