You are here: Home / Creative / Manchester / A journey through the National Creative Writing Industry Day 2019 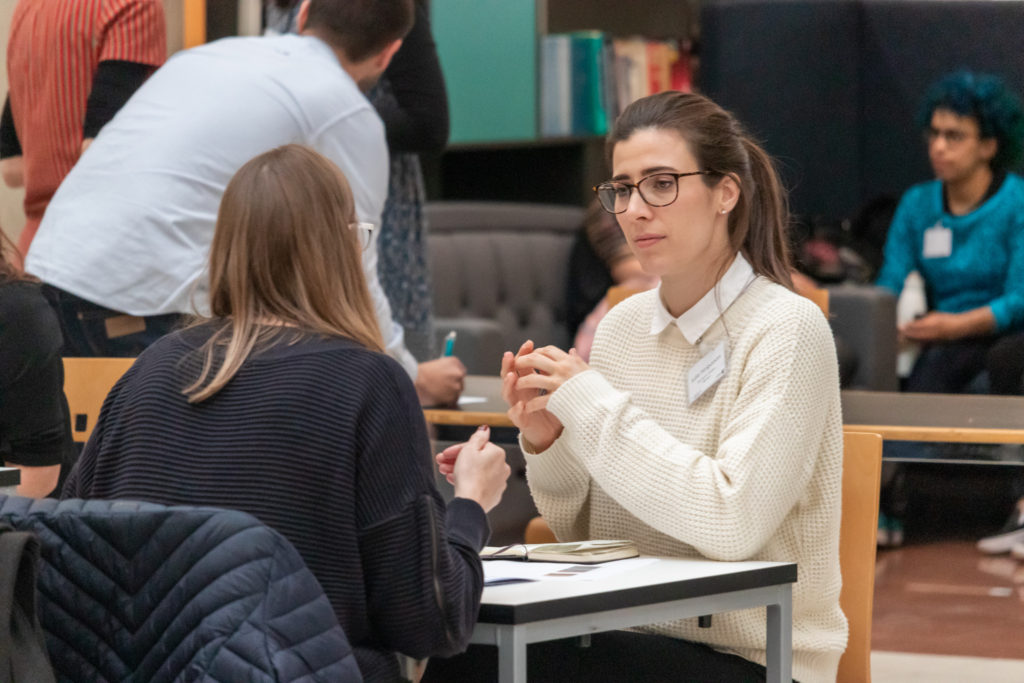 Debut novelist Sharlene Teo opened the event with a passionate keynote speech: “I often wish I had more eyes so I could read more books at the same time but I think you would all be really afraid of me.”

Teo told her story of overcoming anxiety and becoming an award-winning writer: “There’s a necessity to be engaged with stories all the time as a writer. Consistency is key to writing as well as the ability to handle criticism.”

Teo also advised new writers not to be “literature hipsters” and pretend to read great novels just to sound smart. “We should embrace the messy contradictions of our own taste because our taste is what makes us special,” she said.

Teo spoke to aAh! Magazine about how nervous and excited she was before the event, explaining that wanted to be as helpful as she could. Throughout the presentation, Teo addressed her anxiety with humour.

“I think nerviness is energy. If you’re not anxious about something, then you don’t care about it,” she said.

After the morning motivation from Teo, attendees split into groups to attend various panel discussions. Manchester Met Senior Lecturer Chloe Buckley chaired an important debate about the future of representation in Children’s and Young Adult Fiction. Each panel speaker agreed for the need for systematic change in the publishing industry.

Children’s illustrator Dapo Adeola spoke passionately about the “off the page” challenges of representation in the industry. She said, “The percentage of people who look like me is below two per cent, which is shocking.”

As we move on to the next debate, author and former neuroscientist Rachel Genn chaired ‘Writing in the Face of Doubt,’ discussing how writers can embrace doubt as a strength rather than a weakness. American writer Michelle Green said, “Doubt is a gift because it points me to where my blind spots or prejudices are. Rather than trying to overcome doubt, I’m trying to notice it.”

Panel speaker and author Reshma Ruia added that writers are always in a work of progress and that they “need doubt on [their] journey”.

Delegates were invited to a series of captivating workshops and simultaneous drop-in sessions with publishers, booksellers and publications. The aspiring writers then had the chance to pitch their work and discuss it with agents from the industry.

Caroline, an undergraduate from York St John University shared her reaction to the pitching experience with aAh! Magazine. She said, “It went really well, I spoke to an agent who was really interested in the genre that I’m writing about. She gave me a lot of insight within her editorial and agency process, and she gave me her e-mail!”

Aspiring writer Amie Jordan revealed that she learnt the most from her first pitch because she is at a point where she wants to write pitches to agents. “Now with the feedback, I have more of an idea of what to write to agents,” she said.

Manchester Writing School manager James Draper explained that the whole purpose of the National Creative Writing Industry Day, now in its fifth year, is to bring the publishing world up to the North, so it’s much easier for writers to access its expertise. “It fits in with our ethos of Manchester being a city of literature, now we’ve got UNESCO City of Literature recognition,” he added.

The event has drawn delegates from across the UK, including undergraduate students, postgraduates from various UK universities, as well as writers from all backgrounds and levels of experience.

An aspiring writer from London spoke to aAh! Magazine about their experience of travelling to Manchester for this event and being given the opportunity to pitch to professionals.

“I am well on my way with my novel and I wanted to see what publishers thought. This is the first time I am not pitching someone I know, but rather getting a stranger’s point of view. The talks have been really useful and have definitely exceeded my expectations,” they said.

Manchester Met graduate and Publicity and Outreach Officer for not-for-profit publishing initiative Comma Press, Zoe Turner, coordinated the event. She explained that the benefits to the event are clear when the writers come up to her and tell her “how much they have gotten out of the experience”.

She added, “This is especially evident when you listen to people talking and hear how passionate they are to share their stories. I enjoy doing work that is directly impactful. As Sharlene Teo mentioned today, being a writer means being on your own and in your head a lot, so to come here and see the people that are trying to do the same thing has a massive impact.”